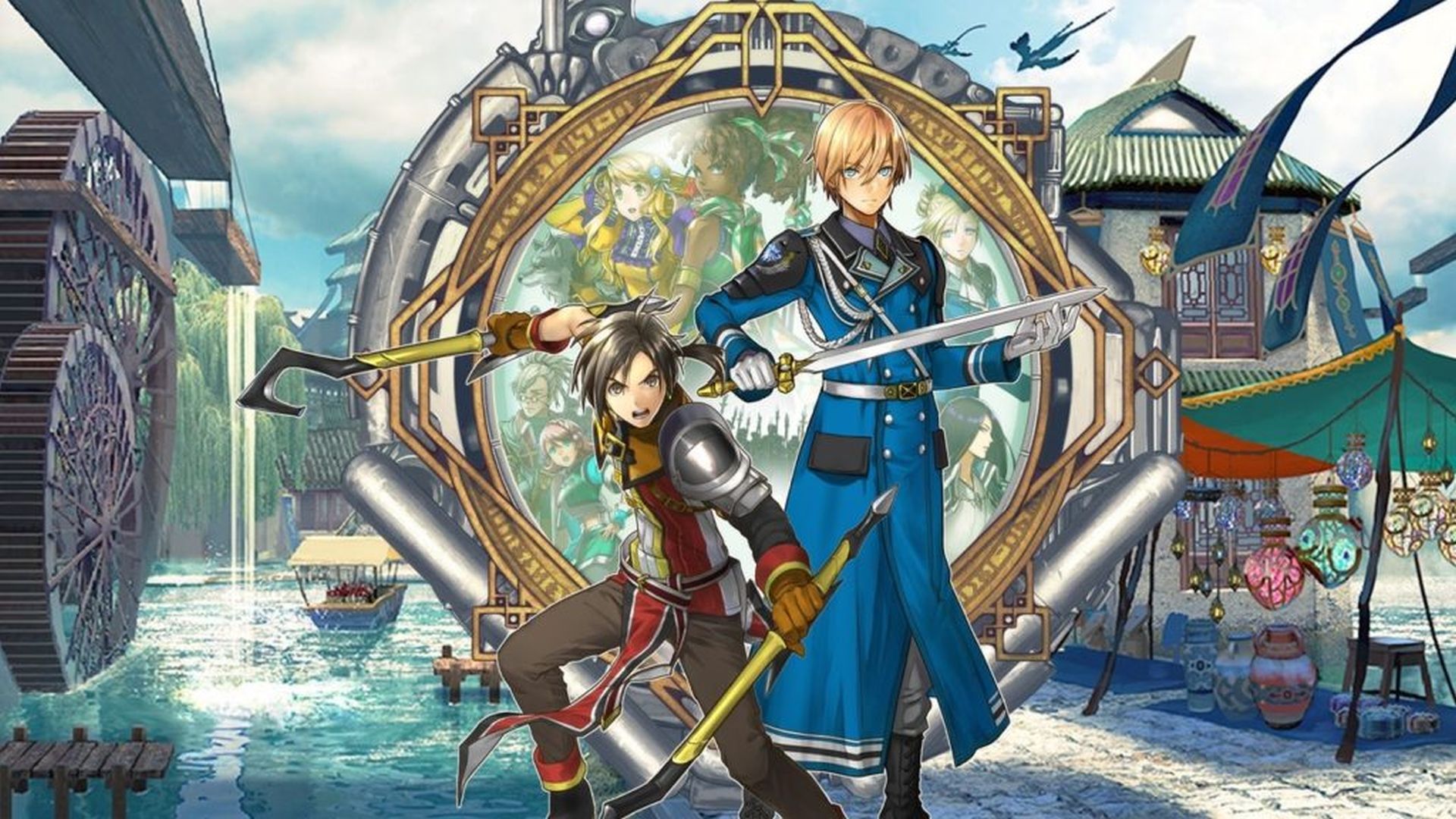 by Steve Wittkamp | The Geekery

Bringing Back the Stars of Destiny

We all know how much the Internet loves cats, and anyone who has even glanced at my Twitter account knows that I love them as well. If my two cats aren’t throwing up on my carpet or causing trouble in general… I’m probably taking pictures of them, because they’re purrfectly meowvelous creatures. Before you think that I’ve become afflicted with the same strange condition that Sigma from Virtue’s Last Reward suffers from, I do have a point, which is that the developers behind Kickstarter’s latest phenomenon might love cats even more than I do!

Let’s back up a bit and summarize one of the bigger pieces of gaming news this week. Developer Rabbit & Bear Studios made a splash in the crowdfunding scene this week when they launched the campaign for their Suikoden-inspired JRPG, Eiyuden Chronicle: Hundred Heroes. Helmed by Suikoden creators Yoshitaka Murayama and Junko Kawano, Eiyuden Chronicle looks to be the spiritual successor to Suikoden that fans have been hoping for since it became clear that Konami no longer had interest in the series.

The campaign became an instant success when it launched on July 27th, reaching it’s $512,000 goal within a couple of hours, despite technical issues with the Kickstarter site caused by massive traffic. Even if it doesn’t keep up its scorching pace through the entirety of its campaign, it will no doubt end up one of the most successful video game crowdfunding campaigns to date. It’s great to see a neglected series receive this sort of indirect love and support, and I sincerely hope Rabbit & Bear Studios can give us the Suikoden experience that Konami could not.

No Paws for Concern

But let’s get back to the important matter: cats. Was Eiyuden Chronicle’s Kickstarter campaign so successful because it gave us a glimpse of a beautiful throwback to a beloved series with over 100 recruitable characters, or… was it because of the cats? The main page of the campaign is positively littered (I’m not sorry) with cats. The word “cat” is used 25 times, there are drawings of cats, cat sprites… even a photo of one of the developer’s cats!

Cats are listed as a significant part of the game, under the “Rebuilding the Fortress Town” section of gameplay of the campaign’s main page. Whether they have a significant role or are just there to pet, it’s clear that many of the game’s locations will be full of feisty felines, and many will be based on the pets of Kickstarter backers. That’s right – several backer tiers (most of which have already reached their limit of 10) offer the chance for backers to get their cat into the game for the low, low price of $1421. The price for “clone” tiers has gone up by about $250 now, with the latest sitting at $1904.

This isn’t the first time cats have been tied to a successful Kickstarter campaign. Bloodstained: Ritual of the Night (which coincidentally is also a spiritual successor to a neglected Konami franchise) famously has a portrait of a backer’s cat placed prominently on the castle’s hallway early in the game. Deadly Premonition developer SWERY and his White Owls team found success with their 2018 campaign for The Good Life, a “daily life simulator” in which the main character turns into a cat or dog at night. Cats seem to be good luck for crowdfunding campaigns!

Were you one of the many who backed Eiyuden Chronicle: Hundred Heroes? And more importantly, was it for that politically-infused Water Marginesque storytelling, or was it for the kitties? Either way, the game looks incredibly promising and will hopefully end up closer in quality to Bloodstained than Mighty No. 9.