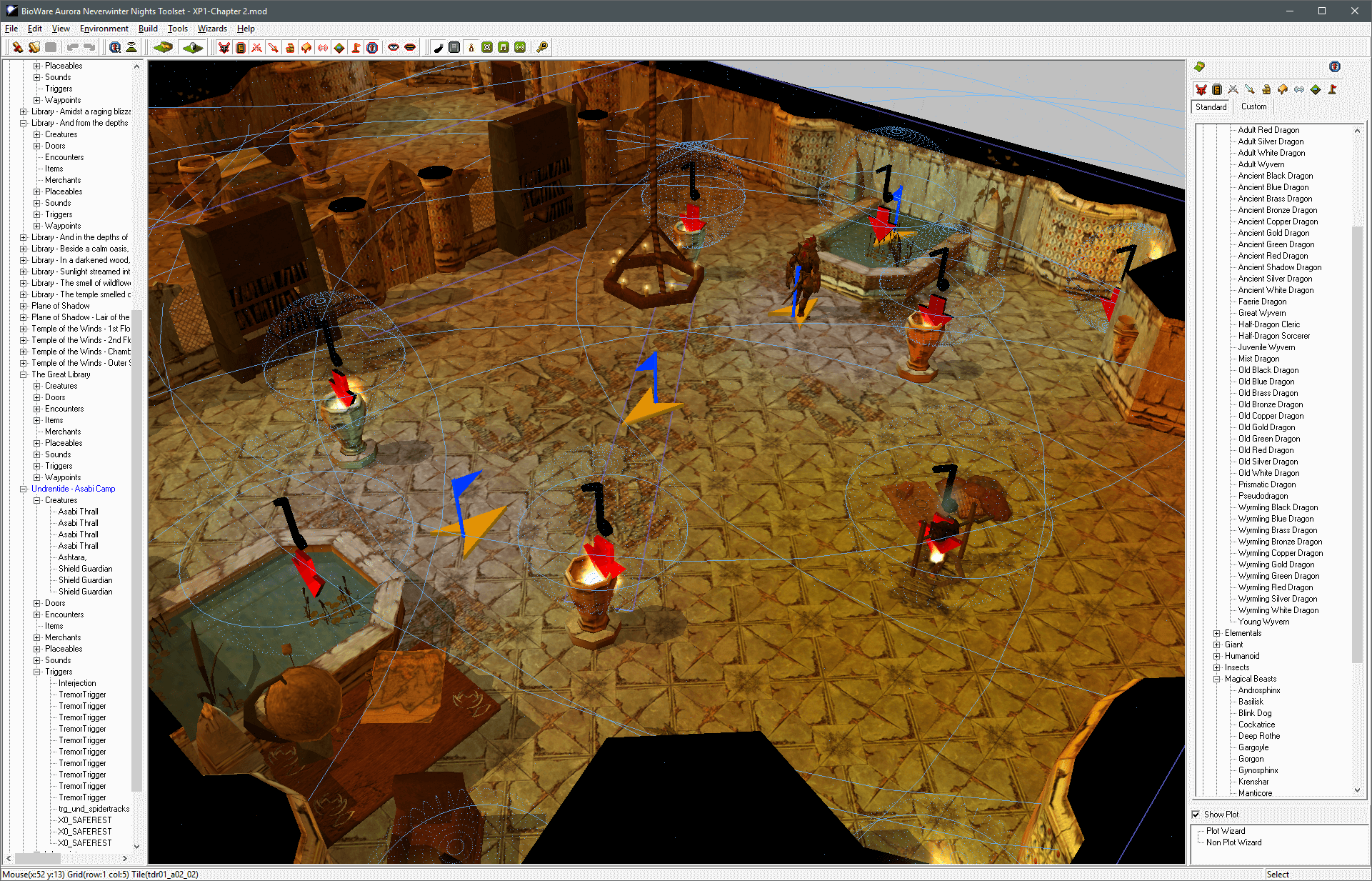 Even as I type this, the Chrome browser underlines the title of this post with a red squiggle line, begging me to correct the misspelling. It’s amusing how we take so many apps and plugins for granted these days. Even professionally when typing emails I always right-click and blindly accept every suggested fix given to me on my spelling and grammar. The software knows English better than I, an Ohio native in his 40s.

The screenshot below was the output of my first dab in Unity for a functional 2-D project. While the program compiled and executed perfectly, I, of course, found a way to still mess it up. I had to appreciate that it wasn’t the technology that failed me, but my own ability to proofread. I have become so indifferent spelling things right the first time.

Passions define the real you

I have gone through so many phases in my life. I have the usual life events such as career, marriage, births, buying a house and 2.4 dogs etc. But when someone asks me about my life I always loved straying to the passions. Next time you meet someone new, don’t ask what they do for work to start small talk. Ask them what they are passionate about. That is much better ice breaker and you might be pleasantly surprised at the answers.

My passions over the years have always centered around my love of creativity and entertaining. As my avatar name suggests, I was a DJ for almost 10 years, 7 years professionally filing real taxes. That’s my dividing line by the way on the whole “Is this a hobby or side hustle?” question.

Somehow after 7 years and hundreds upon hundreds of weddings and proms I transitioned into a startup wedding videographer role. I cut my teeth on editing, filming, and producing finished and such. My business partner approached me one day and tossed an idea at me that sounded preposterous, but I look back at it as my Bilbo Baggins moment. I had always had the decision made up in my mind. Like Gandalf he simply nudged me out the door on the epic quest.

A year and a half later from that day the two of us were standing behind a curtain in a pitch black stage, listening to our introduction before our feature length documentary was about to premier in front of a record setting audience for Kentucky. The theater had 1014 seats, and we had 1040 people in attendance. The fire department (who was there) allowed people to sit on the steps in the aisles.

The curtain opened and we stepped through. Months after this, we found ourselves standing on a stage 600 miles away in Norfolk accepting the best picture award at a film festival. It started as an amusing idea. Now I have an IMDB page, 3 degrees of separation from Kevin Bacon, and my IT resume says “Award-winning filmmaker” on it at the bottom.

My origin story came with Hunt the Wumpus

I have always had a computer since the days the phrase “home computer” was coined. My father bought our house a TI-994A computer in all it’s BASIC glory. It was awesome. The games that we had were so crude, yet fun and re-playable. Beyond this my young self started tinkering around with BASIC programming in my grade school days. With floppy disks so expensive (yes these were literally floppy), my dad granted me 1 side of a dual side disk as my own save space. I of course created the usual infinite looping text that said [my brother was] a butt. Later I had it change the font color.

Going all “Mr Robot” on an Apple IIe

At my school, once a week we had some lab time with the famous Apple IIe. That machine is so dear to my heart. It’s on my bucket list of items to find a buy again someday. The Apple IIe was easier to program than the TI-994A. At least, in my opinion.

I even visited the computer lab after school on some days to tinker. While all my classmates binging on Oregon Trail (AKA: the Fortnite of 1987), I was always trying to break the programs to figure out how they worked.

I began doodling on a graph paper making level maps for a graphical (Pitfall-) adventure game I was sure I was going to program before leaving the 5th grade. The lab teacher did her best to help me with programming, but her job at the time honestly was making sure the kids didn’t break a $1,000 computer, and not how to learn to code with no internet. Needless to say, the school library section on programming language and game design non-existent then too. My game idea never left the paper I drew it on. I partially blame the Dewey Decimal system.

Flaming the passion with homework

I tinkered off and on with programming through high school and beyond into my adulthood but never took it too seriously until I went back to community college at age 23. Having chosen a field of study for Network Administration, my curriculum included a few classes on Visual Basic and SQL.

I did the required classes and fell in love with them so much I ended up taking an additional 7 more classes on C, C++, and advanced Visual Basic. I knew that I did not want to do that daily as a job, but I enjoyed it. It is problem-solving at it’s most basic level. You draw containers around problems and subproblems, then solve them a section at a time. When complete you have a piece of software that (hopefully) solves every issue flawlessly.

Neverwinter Nights made me do it

I considered titling this section “And then Neverwinter Nights came out…” because that was the moment when it went from tinkering to passion.

My friend and lifelong dungeon master for our gang of nerds told us all to buy it immediately for PC. We started work on a module to run a persistent-world server. He knew the Dungeons and Dragons 3rd Edition rule-set better than most priests understand the Bible. He didn’t understand scripting at all and asked me, the college student, to figure that out.

Diving into the famous NWN Aurora Toolset, I quickly realized that it was all written in C script. Like peanut butter and jelly, he and I made the perfect match of skills. Our persistent server went on to be so popular that every weekend we literally had to boot people from our own server just to be able to get on and play.

This was a 30-slot NWN server running off a junk Linux server in his living room. His internet bill was amazing. His wife was not impressed until we let her into the group play.

She became our healer.

Cutting my teeth on RPG Maker

Years later I found myself podcasting a general video game topic show with some friends. Somehow during this time, I got my hands on a press copy of RPG Maker VX Ace.

My co-hosts didn’t want to touch the software.

From the very first time I fired it up, it relit that passion to create. It was (and is) an amazing piece of software, allowing hobbyists to create functional JRPG style games in mere hours.

The programming skills needed to create the various scripts that tie all the database items together were minimal. There were wizards to create basic things, like area transitions, NPC dialogue, and opening chests for example. But to make your game really unique, you had to bootstrap yourself off the path and dive deep into the coding.

I went on to make a 10-hour-long RPG about our podcast at the time. All the hosts and some hosts from other podcasts were the main characters. Beyond that, I was a fan of the Lotro Players News podcast, too, and was a guest host on a show or two. I ended up making RPG for their show too, borrowing all the amusing quirks and inside jokes.

It was downloaded an unknown amount of times and well received by their fans and hosts. I still look back and laugh at the effort I put into that short game. I even did a full-length audio recording of “Welcome to the Braxwood” to the tune of G&R “Welcome to the Jungle,” nearly blowing out my voice trying to belt it out like Axl Rose would have wanted.

It’s the details that make the game you see.

Unity to the rescue

So here I sit. As my chosen mid-life crisis I have decided once and for all to finally make that game that has been trying to burst out of me since grade school. I am not making my pixelated adventure game from graph paper, but instead a proper full-sized game.

I am still in the “what is this game?” phase, and it is too early to put labels on it, but it’s happening. I am not quitting my day job, but instead, I am embracing the freedom of not having to make a living off this project.

That is the best path for success for me: to make something a passion and not a career goal. Everyone should do this at some point in your life. You never know, you might end up on stage accepting an acrylic award. (Says the “award-winning filmmaker,” haha).

These blog posts from me going forward will document the newest leg of my journey. Like filmmaking, I am starting from nearly zero. I have basic programming theory down. I understand flowcharting and the basics around compilers, variables, and the all-important documentation and commenting inside .

The goal is to teach how to use Unity, how to code in C#, how to do pixel art and tile-sets, and perhaps how to make chip-tune music too. That last one is a stretch goal, let’s be honest.

I hope to entertain with the updates of how to create and publish a video game. This is the year I stop and start doing. Until then, I need to see if there is a spell check plugin for Visual Studio, or I am doomed when it comes to writing NPC dialogue!