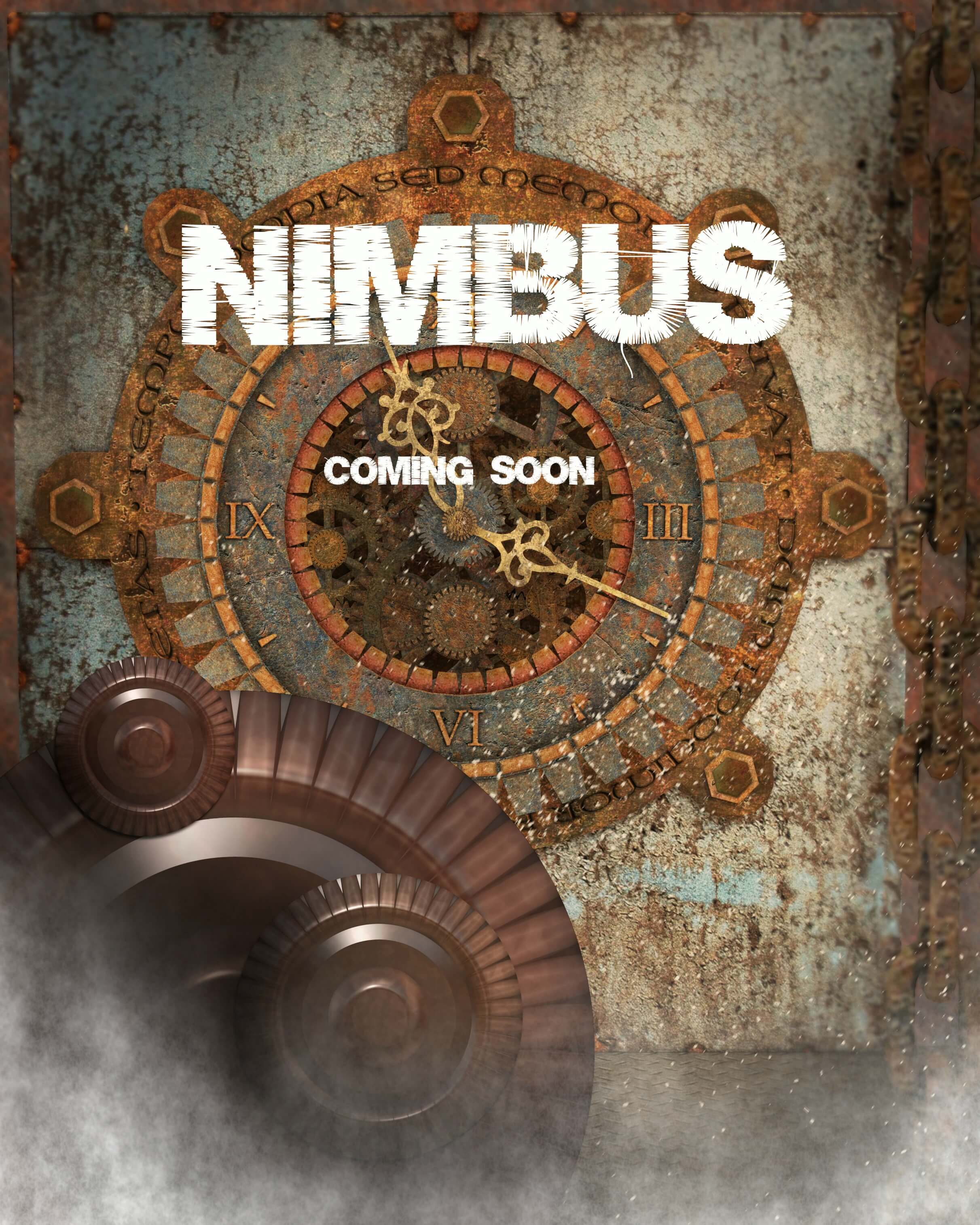 by Austin King | Nimbus, The Geekery

As you may know already, Austin and B.J. are working on a steampunk-fantasy RPG. It’s based in the same world as their 2013 novel, Nimbus, which you can totally buy right here if you haven’t already (wink, wink, nudge, nudge). But don’t worry, if you haven’t read the book, you can still play the game!

The finished product is still a long ways off, but we wanted to give folks updates every so often–so you can see what we’re working on. And, you know, because we’re SUPER EXCITED to share it with everyone!

We’ll go more in-depth with our world-building in a later post. This, however, is a fairly brief summary:

The world of Nimbus is vast. A deathly fog covers the surface of the world, which means people have built cities in the sky. These cities, called skyports, vary in both size and design. A skyport like Cloud Nine, for example, may be metropolitan while a skyport like Garden Point is full of human-made wilderness meant for agriculture.

There are also smaller settlements underground called Burrows. These are typically mining colonies that export their goods to the cities in the clouds.

Nimbus is a fantasy world with steampunk influences. Besides everyone moving around on airships, almost everything runs off of steamtech, whether it’s your trusty automaton sidekick or the pistol on your hip. Upgrading your steamtech will be a necessity if you hope to survive for very long.

The story for Nimbus the Game is completely different from Nimbus the Book, although both share the same world. And you might even see a few familiar faces in both!

Three years after a major conflict turned the world on its head, a civil war has started between two sky ports, Cloud Nine and Stronghold. This political unrest has caused various factions to sprout up all around the world, from treasure hunters prowling through abandoned skyports to mercenary guilds looking for easy jobs. Everyone seems to be either participating–or profiting–off the war. As these rival factions struggle for supremacy of Nimbus, a new discovery will send our protagonists on a course to save the world!

The game is still in its early stages right now. Without getting too technical, here are a few updates on where the game stands:

There is still a TON of stuff to do. Soon, we hope to be working on a few other parts of the game as well:

Thanks so much for reading! We hope you’re excited for Nimbus. We can’t wait to share it with you!