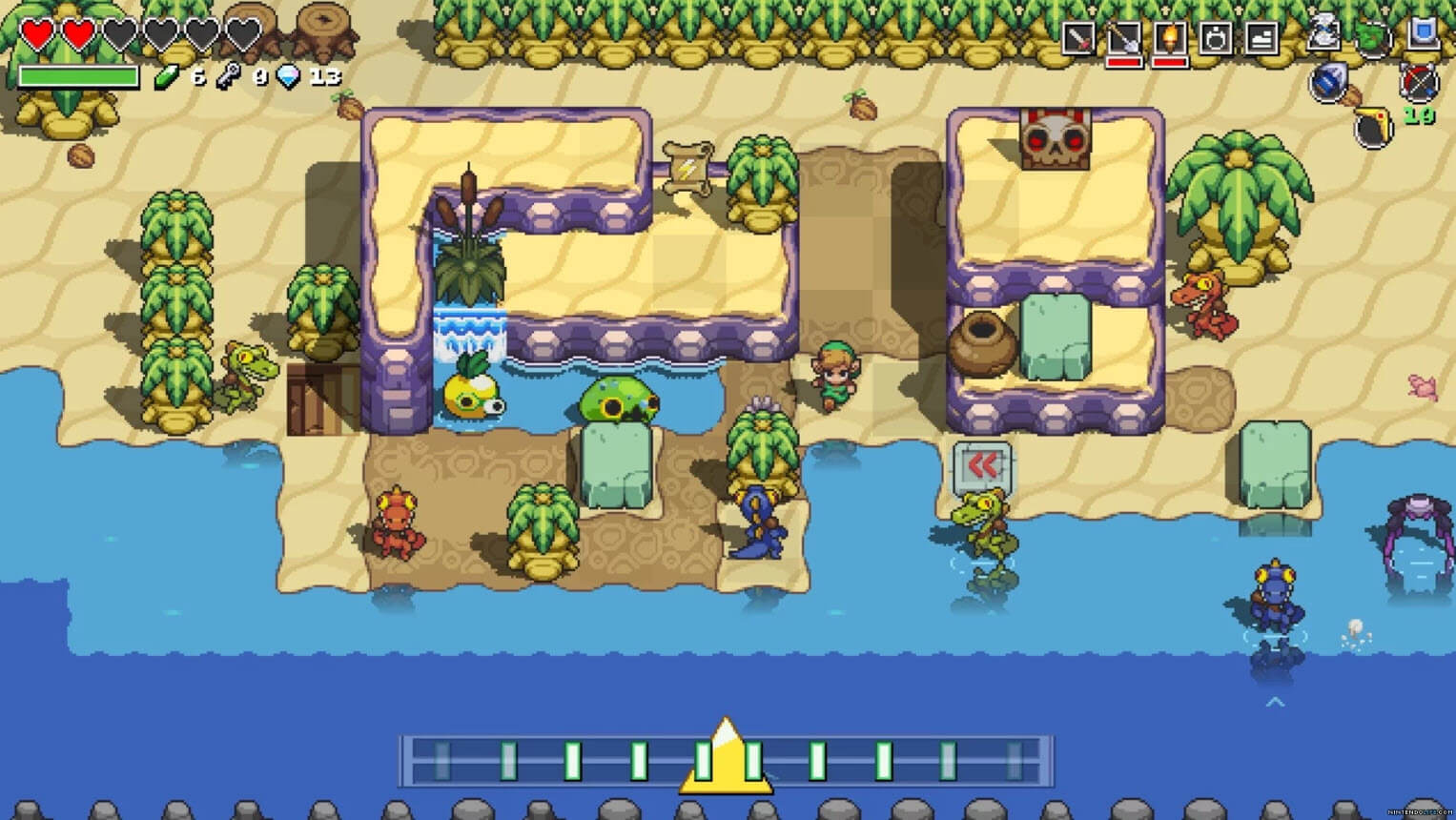 Support this Podcast in 3 Clicks!

We discuss Cadence of Hyrule and our feelings about rhythm games in general! One of us loves them and one of us apparently has no rhythm. Can you guess which one is which? Go ahead. Guess! Tweet us @geektogeekcast before you listen with your guess! 50 points* if you get it right.

Between DDR, Just Dance, Amplitude, Guitar Hero, Rock Band and so many more, we’ve played our share. We talk about how it’s possible to internalize the beat in the games to the point where you don’t even think about what you’re doing when following them.

Specifically, though, we wanted to talk about the new Crypt of the Necrodancer game, Cadence of Hyrule. Amazingly, this has made Void’s top Zelda games ever list, and he places it somewhere around 2 or 3.

Even Beej loves this one, and he bounced off Necrodancer hard. The ability to move not to the beat makes this almost a turn-based strategy Legend of Zelda title, and that’s amazing.

The boss fights are fun, the puzzle areas are superb, and the procedural generation of dungeons (as well as the layout of the overworld) make this a fairly short Zelda, but one that you actually want to keep playing.

It ditches a lot of the more unforgiving aspects of its predecessor’s Roguelike heritage and makes it so that if you die, you’re not punished as harshly. It’s easy to start right back in and hopping to the beat, digging through some dirt, and smashing Moblins with glass flails.

This game is definitely worth the $25 bucks on the Switch eShop.

BJ’s Geekery this week includes winning a scholarship to Podcast Movement in Orlando this year. He can’t wait to meet all the fantastic people at the conference and learn a lot more about the podcasting industry. He played D&D IRL with a group of people he didn’t know and learned that local Discord servers help a lot, he and Void both checked out Warrior’s of Waterdeep, and got his first job in the FFV Four Job Fiesta (thief).

Void watched the HBO Chernobyl Miniseries and Gourmet makes from America’s Test Kitchen. He learned that re-making Twinkies is harder than you expect, and that their mere existence brings up existential questions about snack cakes that you weren’t aware that you had. He also played Outer Wilds which is a physics-based exploration game that gave him a bit of vertigo. He then went to an actual in-person Magic The Gathering sealed event even though it was accidentally for the wrong set! He still had fun, played 9 games, won some, lost some, and realized that Modern Horizons is just not his set.

In addition to Glow.fm, you can always support the Podcast on Patreon.