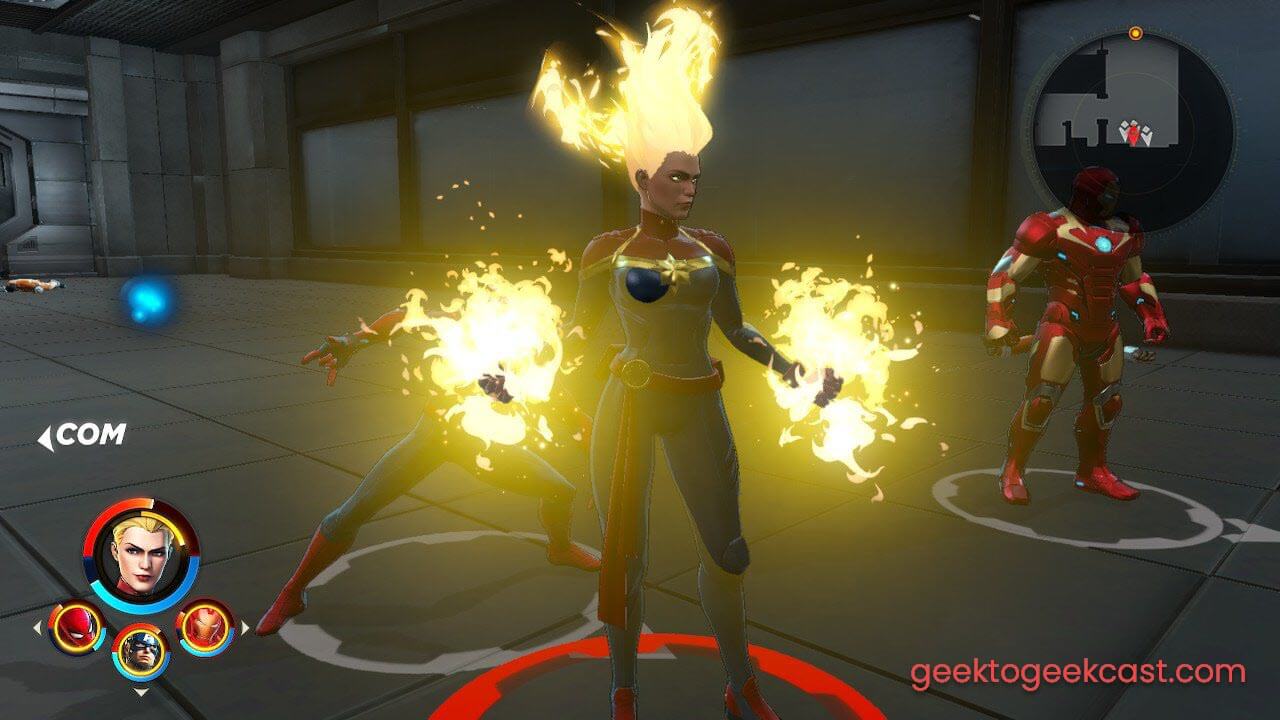 We go in-depth on Marvel Ultimate Alliance 3, covering the good and the bad and recommending it all the same. But here’s the thing: it’s not a very good game, mechanically. But it’s a lot of fun and we are loving it, and we think you should play it.

It’s junk food. It’s like eating movie theater candy. You know it’s not great, but you are absolutely loving the experience.

It’s a great low key co-op couch game, but neither of us have played it online co-op. We want to. It just hasn’t happened yet. Beej loves it on single-player, but despite having a ton of replayability, a NG+ (and NG++), and more, the real replayability comes in with being able to sit down beside someone and smash stuff.

The Marvel skin goes a long way toward enjoying the game. While it’s a fun game on its own, the Marvel skin really ups the appeal. If this were a traditional beat-em-up, it’d be a quick bounce. With the built-in investment, it is a complete and total blast to play.

The gameplay itself is a pretty unpolished, which surprises us because of the press and hype prior to the launch. Marvel Ultimate Alliance 3 is a solid game in many ways, but we do have nits to pick.

We do feel that a lot of these issues can be addressed in patches or DLC. Marvel Ultimate Alliance 3 is under a week old as of this episode, and a lot can change.

While MUA3 falls solidly into the trop of “we’re paying to beta test a game,” we are both still playing the game despite all this, and really having a great time.

Heck, Beej even went out and paid for the DLC season pass within an hour or two despite all this because he likes it so much.

Take that for what you will.

We also recap all the MCU announcements from SDCC and discuss the parts we’re geeking out about the most!

Although they don’t have dates yet, Feige revealed Marvel is working on sequels to Captain Marvel, Black Panther, and Guardians of the Galaxy.

A Fantastic Four film will be introduced in phase four, and so will Blade