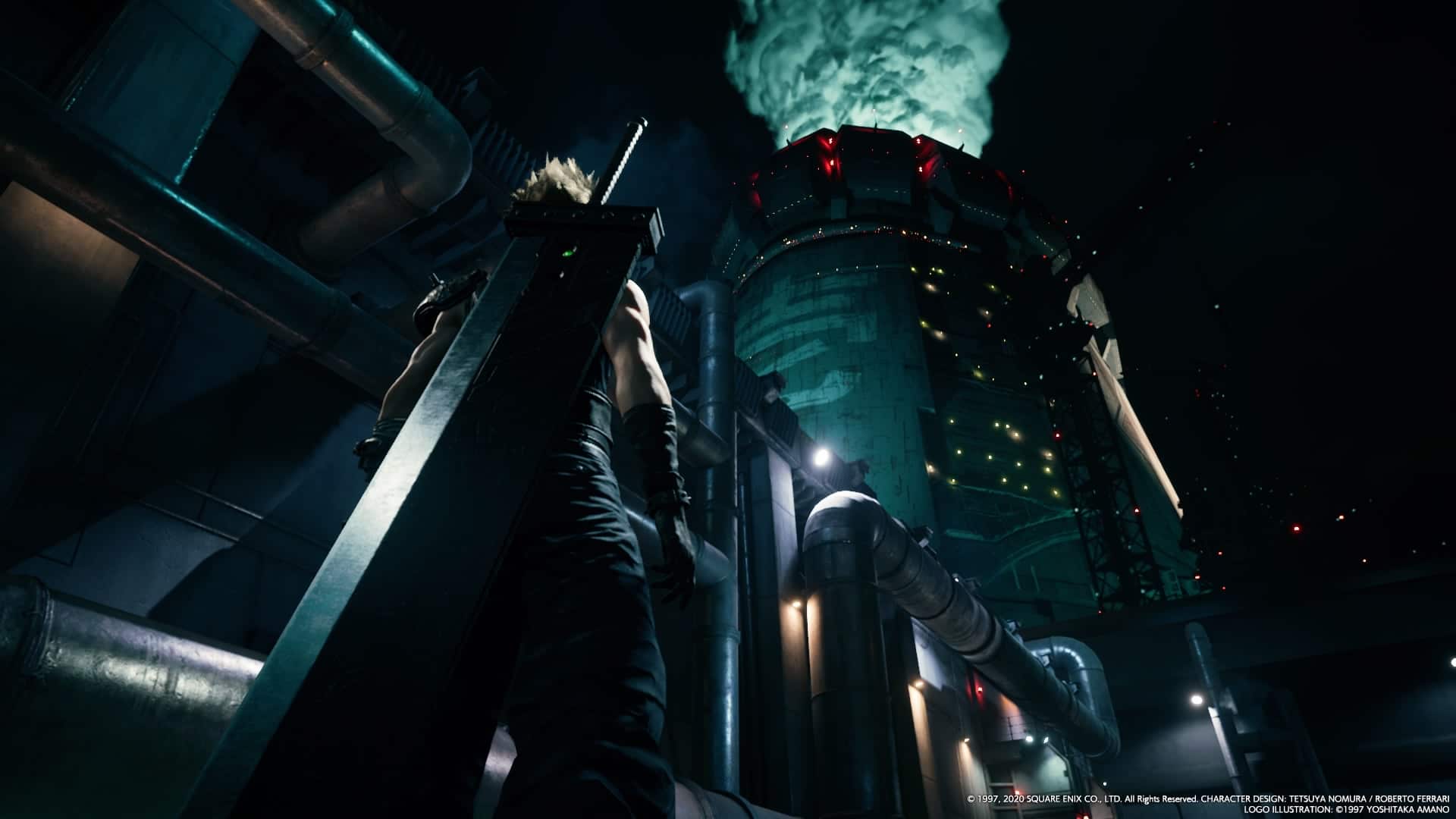 It has been a long time coming, but the wait for the Final Fantasy VII Remake is almost over. The game has been through its fair share of troubles. From its premature reveal back in 2015, to a complete development overhaul, it has been pretty hard for me to stay optimistic about it. The original game is one of my favorite RPG’s, but having been somewhat disappointed with a lot of Square’s recent AAA releases, my expectations for the remake have been pretty nonexistent. Recent trailers have looked promising, but I really needed to go hands-on with it to form an opinion. Luckily, Square Enix has given us the opportunity to do just that with a free Demo on PSN, which covers the game’s opening Bombing Mission. I went into it with cautious optimism, but barring a few minor complaints, I’m happy to say that I was pretty impressed!

The demo immediately makes a great first impression with a stunning recreation of Final Fantasy VII’s iconic intro. Square has always excelled at creating incredible CGI cutscenes, but this is some truly next-level stuff here. Seeing the sprawling city of Midgar in all its HD glory was enough to give me chill bumps. It doesn’t hurt that VII’s awesome score has been entirely reorchestrated by Mr. Uematsu himself; the man has not lost his touch after all these years. The in-game graphics are also pretty impressive. Environments and character models are incredibly detailed, and animations are fluid. On the whole, the game looks (and sounds) very nice. It was a lot of fun seeing the Sector 1 Mako reactor recreated with modern graphical fidelity. There are even exact recreations of certain camera angles and cinematic shots from the original game. If you’re a fan of the original, and especially if you played it as a child, this aspect at least is sure to tickle your nostalgia bone.

What About the Combat?

Let’s talk about the combat system, shall we? It has been a major point of contention pretty much since the game was unveiled. Whether you’re mourning the loss of the old turn-based battle system, or glad that the game is ditching it, I think there’s something that both camps can enjoy here. Of course, it has all the trappings you’d expect from an Action-RPG. You’ll slice, dice, and dodge your way through enemy encounters. But it also incorporates elements from the old system while simultaneously doing something entirely new.

For a quick explanation, there are 2 ATB bars that slowly fill up as you land or block attacks. When a bar is full, you can perform other actions such as using items, casting spells, or executing Limits. The game also allows you to swap characters on the fly as needed. If it sounds simple, that’s because it is. Don’t let the simplicity fool you, though. It can actually be pretty darn difficult at times. I have to give special props to the Scorpion Sentinel (formerly known as Guard Scorpion) boss fight. It was an incredibly dynamic battle, forcing you to think about your actions carefully and exploit its weaknesses at the right time. If the other bosses are anything like this one, we have a lot to look forward to.

This is not a mindless button masher, and the game really does require you to think on your toes. I like action games, so maybe I was predisposed to enjoying this one from the get-go. However, I think people who don’t typically enjoy action games can find satisfaction in the more tactical side of the battle system, too. And if you’re wondering about Classic Mode, it pretty much just sets the fights on autopilot and lets you focus on picking the menu commands. It’s not a suitable replacement for the old turn-based system, and I can’t think of many reasons you would want to play on it. Still, the option is there for those who are interested.

Party dynamics and interaction are key to any good RPG, and this game seems to have nailed that. The banter between Cloud and Barret got more than a few chuckles out of me. During fights, they’ll trade insults and one-liners that are sure to make you crack a smile or two. On the whole, FF VII Remake goes into a lot more depth with the character interactions than I was anticipating. Biggs, Wedge, and Jessie (especially Jessie) actually have a fair bit of screen time, which was nice to see. I’m excited to see how the rest of the characters are portrayed when the full game is released.

I didn’t really enjoy the way the game presents its tutorials, though. They’re pretty intrusive, completely halting the gameplay in order to make you read a wall of text. I get that the game has to teach you the mechanics some way, but there are better ways of doing it than taking you out of the action completely. Perhaps a mid-battle prompt or something of the like would have been a better way to go about it. This isn’t a huge issue or anything, but I did find it pretty jarring nonetheless.

Contrary to my expectations, I thoroughly enjoyed my time with the Final Fantasy VII Remake demo. What started as a game I had minimal excitement for has now become a highly anticipated title for me. Of course, my final thoughts will be reserved for when I’ve completed the full game. There could be more problems present in the final build that we don’t know about, but as it stands right now, Final Fantasy VII Remake is looking to be a worthy reimagining of the PS1 classic.

Writer for The Geekery, lover of Final Fantasy and other RPGs.