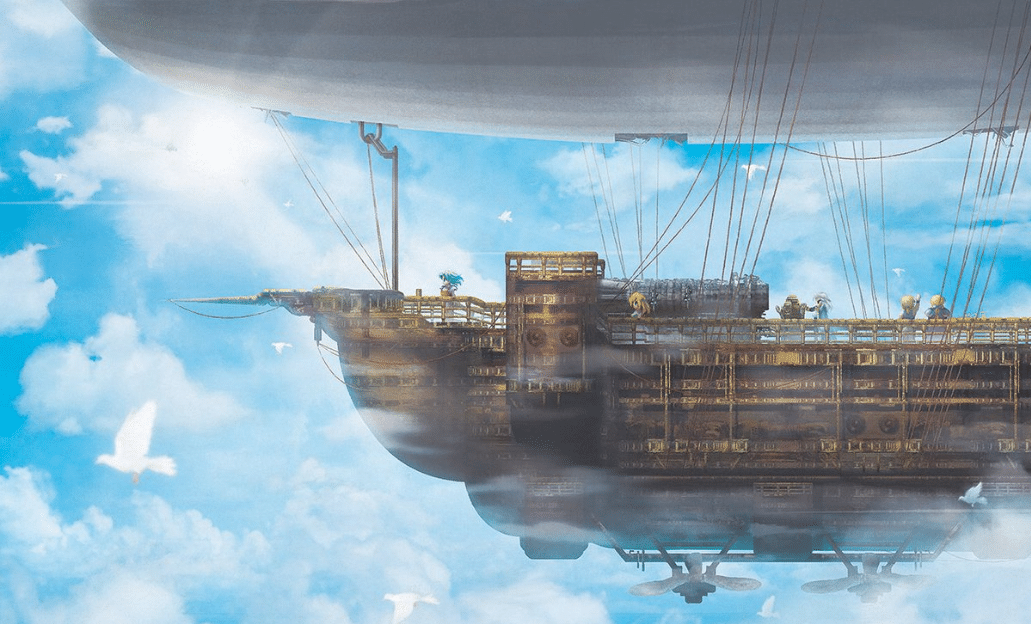 When I was a kid, I probably rented Final Fantasy VI for the SNES (back when it was Final Fantasy III in America) more times than any game except for Chrono Trigger. I was 11 years old, and I was all in on Espers, magitek, and fenix downs. Now, at 37, I want to go all in on a Final Fantasy VI remake.

I had thought about this idea before, but when I started doing the research I had found that the folks over at SwitchRPG have put together an absolutely stunning gallery of what a Final Fantasy VI remake could look like using the Octopath Traveler engine. And it is nothing short of gorgeous. Look at this:

If you haven’t already, check the rest of the Project FFVI Remake stuff out.

But why do we need a FF6 remake RIGHT NOW? Glad you asked.

Our very own Data Error wrote about the Final Fantasy series’ inconsistency and identity crisis. Everyone has their own favorites (mine is FFIX), and their least favorites (mine is FFXII). Each and every entry has something going for it and against it in some fan’s minds.

But in general, FFVI is just considered good. If not really good. Or the best. There might be some who aren’t the biggest fans of the game or its story or even think it’s overhyped. But there is rarely a FF game that just gets solid marks from just about everyone. There’s no debate about its quality (outside of its mobile versions, which we’ll get to).

It’s just a straight-up good game, and it deserves a remake. It doesn’t even have to be a full 3D overhaul like FF7R. No, we don’t want it changing too much from the original. But we don’t want just another rushed remaster, either.

Though let’s be honest here, if we got a Final Fantasy VI remaster on Switch, every one of us would buy it and Square Enix would be printing money.

2. The Cast is Awesome

When I was a kid, I loved Shadow. Because he’s a ninja. Obvs. When I was a young adult, I really liked Edgar and Sabin (and not just because one of my best friends was named Sabin and always got asked Like from Final Fantasy?

And as an adult, Cyan might have taken over the top slot for my favorite. I keep his theme playing in my house in FFXIV. His story hits me a different way as an adult than it did when I was younger. It’s part of what makes this game such a classic. Very few games are that deep and nuanced.

That said, there’s always going to be something awesome about Sabin’s move input, Shadow’s dog Interceptor, and Edgar’s chainsaw.

3. The Villain is Legit Terrifying

I am, to this day, scared of Kefka. You want to know who I am not scared of? Sephiroth, Exdeath, Garland, or Seymour.

Kefka is insane. Truly, legitimately insane. While the other Final Fantasy villains, each and every one, fulfill their roles admirably in their games’ narratives. None of the other villains in the series are bad (in terms of quality, not personality), but they’re not the stuff of nightmares.

He’s scary in the same way the Joker is scary in The Dark Knight. Not because he’s over-the-top (which he is), but because his personality is just believable enough to remind us there are people out there who might make the same decisions he does.

Let me be honest here: I love the FFVI remastered mobile sprites. They’re contentious, and a lot of people hate them. They’re no longer the pixelated beauties that we have grown to love. But there’s something about the new ones, with their smoothed edges and bright colors that really appeal to me.

But I totally understand not liking them. They’re very different, and depending on your connection to the original FFVI, they might not have the same character. Heh, heh. It’s a pun. Get it? Because they’re what the characters are? Oh, nevermind.

The part about the iOS, Android, and Steam versions that is truly horrible, though, is the ATB system. Instead of having a normal bar that moves from left to right in one corner of the battle UI, the entire battle UI moves up and down like platforms in a Mario game. It’s ugly, and even though it was supposed to make playing on a touchscreen better…it didn’t. It sucked.

Oh, and the D-pad you have to use to move around in is different than the other mobile versions, and it’s harder to move around. Because of course it is.

That said, I enjoy the iOS version (haven’t played Android or Steam) despite that. But a real remake would be nice.

5. A Remake Can Fix A Few Pacing Quirks

While I wholeheartedly believe that Final Fantasy VI is just under FFIX in terms of the best in the series, FFVI does have a few pacing issues. It starts strong, then hits a slog as you have to split your party apart in three directions. And then when you make it to The World of Ruins and you have to backtrack on some things. The game slows down a bit there.

A Final Fantasy VI remake could absolutely tighten up the back-half of this game and make it a much more enjoyable experience to wrap up.

Okay, so the Train Graveyard in Final Fantasy VII Remake was the worst part of the game. I was hoping they’d have made it better from the original. No such luck.

But the Ghost Train in Final Fantasy VI is amazing. It’s one of the most haunting, atmospheric, and memorable settings in any of the Final Fantasy series. And we deserve to see it remade. Especially after the garbage they did in FF7R.

Getting down to brass tacks, there’s another reason I want the ghost train to be remade: I just want to cast Life or throw a Fenix Down (yep, the FFIII spelling) on that ghost train right after Sabin suplexes it.

And I want to see it in glorious 4k HD. Or, even better, 720p on my handheld Switch. I don’t even have a device capable of 4k. Psh. But I do have a Switch that’s been hankering for a Final Fantasy VI remake as much as I have.

7. You Can Have a Party of Moogles

There’s a part in FFVI where you get to play as a party full of moogles. I’m not sure if I have to explain myself any further as to why we need a remake here.

Admittedly, I am not a music person. But I can tell the difference in a high-quality soundtrack and a poor one. Final Fantasy VI has a soundtrack that even I listen to by itself. I just put it on and stream it from Spotify. Or I pop in the soundtrack CD I got back with the psOne version of FInal Fantasy Anthology.

It has the most recognizable battle music, the most lasting victory fanfare, and my favorite chocobo song. And I want to hear it remastered and given a brand new OST. So…yeah. Gimme.

For real, though, if you haven’t listened to the Final Fantasy VI OST, you absolutely should. It’s brilliant music, not just brilliant game music.

What do you think? Why (or why not) do you think we need a Final Fantasy VI Remake? Let us know in the comments!