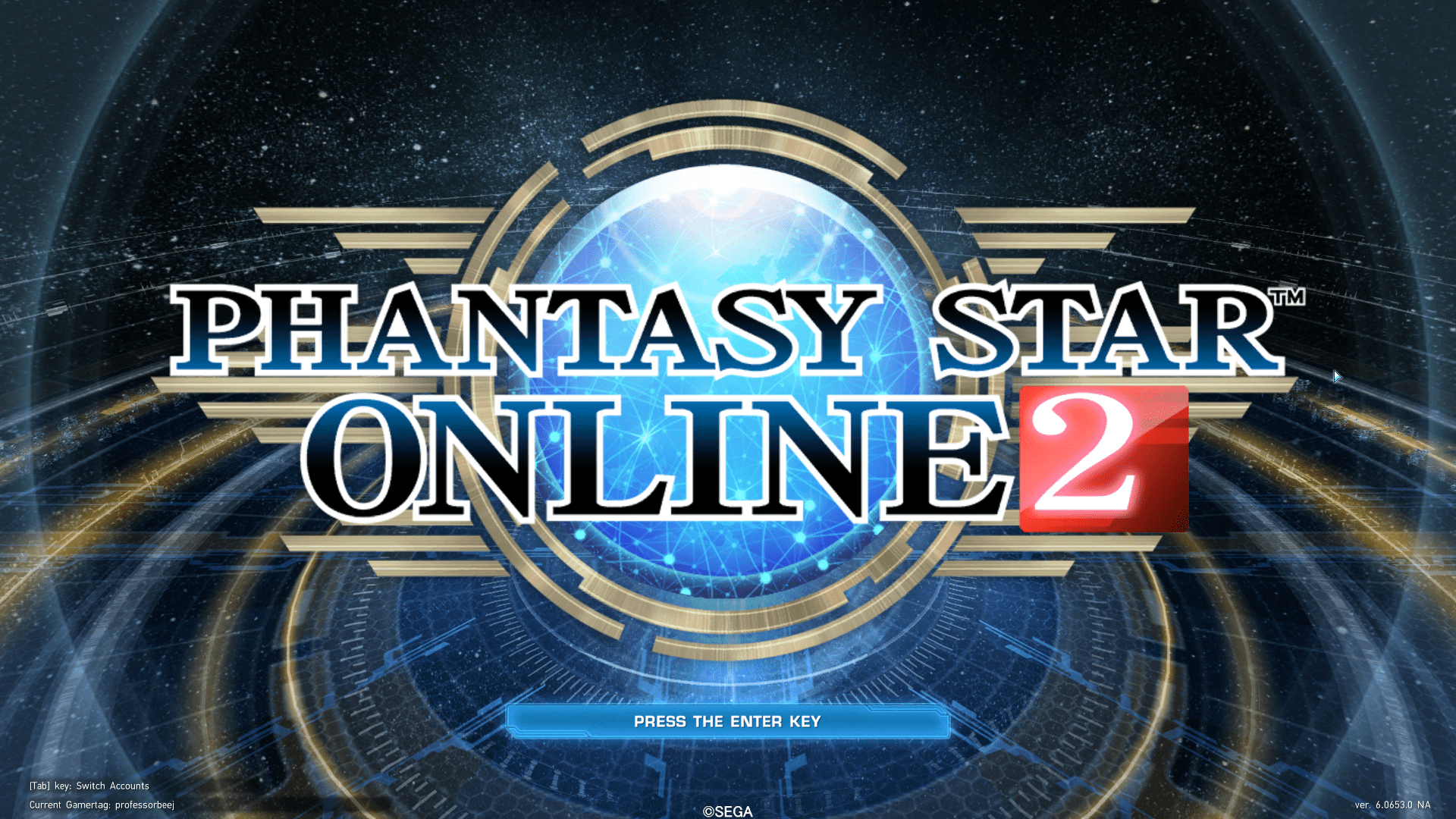 by B.J. Keeton | The Geekery

With the North American PSO2 release in full-swing with both PC and Xbox One players co-mingling, I wanted to put up a few Phantasy Star Online 2 tips I could’ve used when first starting up. I had to go through my fair share of Googling and searching to find the answers for a number of things, so I wanted to consolidate a few of them for you. You’re welcome.

1. How to Change Your PSO2 Resolution on PC

The game, for all its tutorializing, doesn’t have a very good settings system. Nor does it really teach you how to adjust anything. That is because the graphics and visual settings aren’t all in game. To adjust the resolution of PSO2 on the PC, you have to go into the launcher before starting the game.

Click the Environment Settings button, and then on the Screen tab.

You can adjust them however you want, but I like having it set to my primary monitor (which for some reason is #2 in Windows, at 1920×1080, and in Virtual Full Screen Mode where I can move out of that window to a browser without any issue whatsoever.

Be sure to hit Save Settings before you press Back, though. Otherwise you will launch the game an nothing will be set right.

1a. Changing the user.pso2 Config File

You can also manually adjust the configuration file for the game and force it to a specific resolution and texture set. I found this good thread on the PSO World forums before I discovered the launcher.

The solution offered there was to go to your My DocumentsSEGAPHANTASYSTARONLINE2 directory and find a file called user.pso2. I used Sublime Text 3 to edit it, but you can use whatever code editor or text editor you’ve got on your computer. I hit CTRL-F to find the snippet I needed by searching for VirtualFullScreen and adjusted it to these values before saving.

When I started up the PSO2 client, things were perfect.

2. How to Change Your Player ID

In Phantasy Star Online 2, your character name is not your player name. Character is the specific avatar that you’re running around the world as, but the player name is consistent to you as a person. So if you chat with someone, they will see your Player ID.

To begin with, you’re assigned one at random. It will be a string of numbers like PN31357643. That’s going to be very hard to remember for every person you know. This isn’t 1998 and ICQ after all. (Fun fact: the number above was my actual ICQ number. Meta.)

To change the number into something humans can read, start up the client and select your ship. Before selecting your character, click on Support Menu.

You can only do this once every 30 days (and I think after the first time being free you have to use premium currency to do it). So make sure you choose something you like.

3. How to Feed Your Mags

Occasionally, after you’ve done a few quests and obtained your Mags (a fun little floating helper thingy) from a starter quest, you’ll see it have a low battery icon. You now have to feed/charge your Mags to get it back to working order.

Go into the main menus (for me, it’s pressing the Start button on my gamepad), and select Mags from the first menu option.

The next window lists all your available Mags. Select the one you want, and a submenu pops up with Feed Item as an option.

This will open up your inventory for you to select which of the items you’ve collected so far that your Hungry Hungry Robot gets to snack on to recharge its batteries. Choose carefully because the thing levels up and gets stats based on what you feed it.

To be honest, though, I’m too new at the game to know what’s what. So I feed it stuff based on the current class I’m playing (like extra weapons and such).

One pain point of PSO2 that I’ve found so far is that the inventory space you have is incredibly limited (50 slots). By feeding this little booger unwanted items, you can free up a little space for more various and sundry items.

4. How to Add NPCs to Your Party in PSO2

Probably THE most important aspect of the game for me so far (especially when I am out soloing or heading into a mission without a premade party) was learning how to add NPCs to my party.

Whenever you’re on the Gateway Ship, about to jump into the mission wormhole swimming pool thing, turn to your left and take a look at the terminal with the orange circle i. This is what I’ve been calling The Friend Counter. It’s really called the Ally List.

Inside you get multiple options for NPCs. The first tab gives you NPCs that are story-based somehow. As you move through various quests and missions, you’ll accrue them. As far as I can tell, they level up and de-level based on your current class. Just highlight one and select Invite to Party to have them appear at your side out of nowhere.

You can also invite NPC versions of your friends or randos that you’ve partied with in the past, in the multi-party areas of quests. I tend to go for these because of how garishly they’re dressed.

I tend to choose my NPC companions based on three things. The first being whether or not I can get FUN points for playing with them. FUN is a currency that you can spend in game on things like Scratch-off tickets for free stuff. You only get these for playing with others, not the story NPCs, so you can totally fill up your party with and have a super FUN party. Heh. Heh.

The second is their class combo. I tend to go for Force/Techter and then Ranger and then Braver or Fighter. That way, things get blasted to holy hell and back. And I get heals, usually they take some of the brunt of attacks, and I can do whatever the heck I want and still succeed.

The third thing is their name. I mean…Gigaboomba? Of course I’m inviting them to my party. After you’ve invited three NPCs (the max party in Phantasy Star Online 2 is four people), you’re ready to go blast some aliens, dragons, and cute little bird things to smithereens.

Any Other Phantasy Star Online 2 Tips?

What have you had to learn the hard way these first few days of Phantasy Star Online 2’s NA release? Have you had to spend hours searching for anything that you thought should be upfront and simple?

Or are there other Phantasy Star Online 2 tips that would help you? Anything else that you need to know how to do that maybe we have had to dig into ourselves? Either way? Drop us a comment and let us know, or shoot us at Tweet at @geektogeekmedia.

Also, be sure to check out our friend Belghast’s post on things he’s learned about PSO2 so far, too. It’s good stuff.