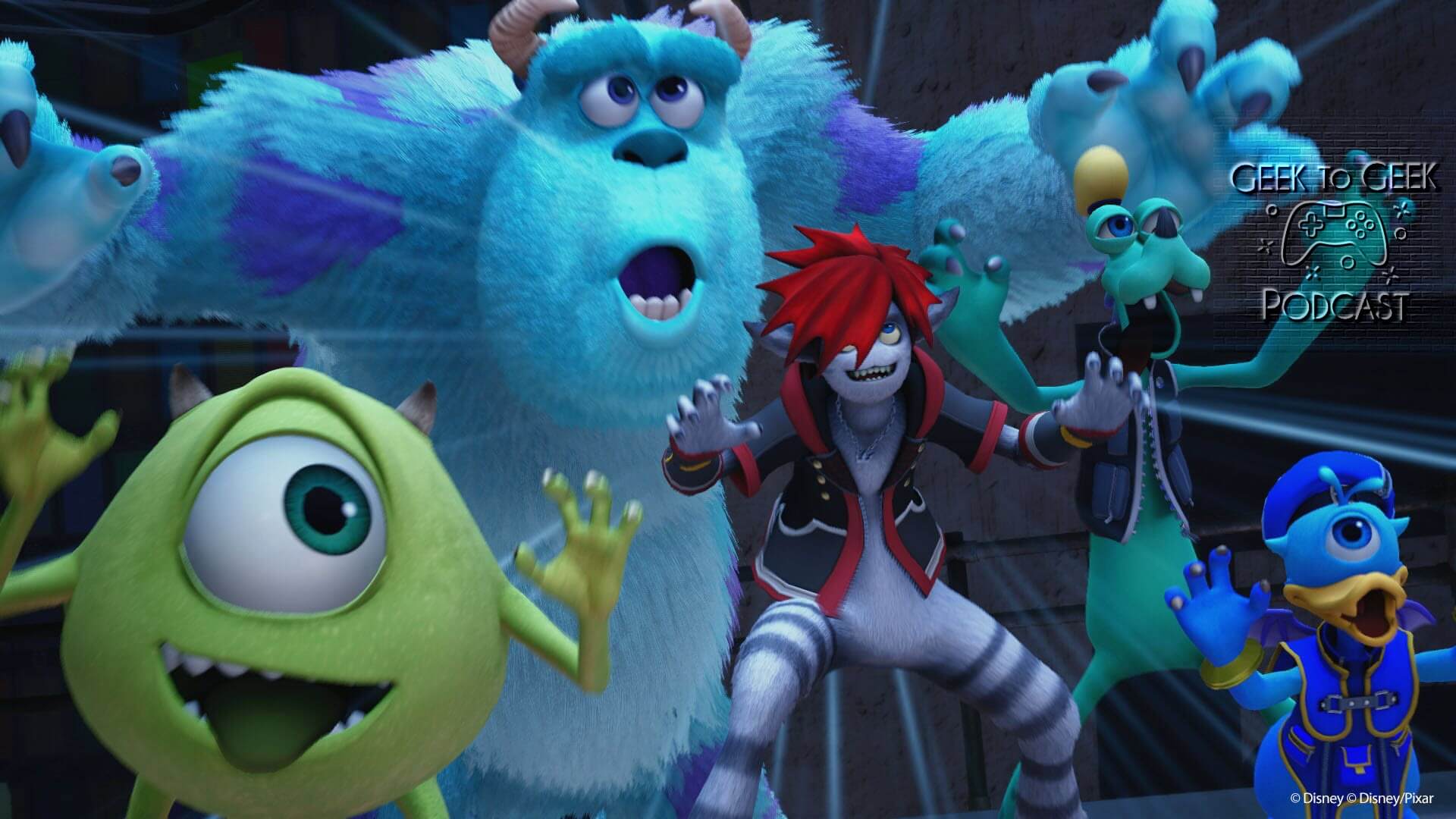 Void is still missing! Austin joins Beej again to talk about a series that means a lot to both of them: Kingdom Hearts. KH3 has finally released. After thirteen years of waiting, and nearly 18 since the series’ debut, we have our grubby little hands on the final installment of the mainline Kingdom Hearts games.

The real question, though, isn’t necessarily whether it’s good or not. That’s almost beyond the point. The real question we have to ask ourselves as fans of the series is…

Was KH3 Worth the Wait?

Even that, however, is a hard question to answer because it hasn’t been 13 years since the release of any Kingdom Hearts game. Only the numbered, mainline ones. We’ve had a slew of releases like Birth by Sleep (which might as well have been renamed Kingdom Hearts Zero), Dream Drop Distance, re:Coded, Chain of Memories, and so on.

We haven’t necessarily missed them, but there hasn’t been a primary console release since KH2. The others were all handhelds, except for remasters/re-releases.

In general, we think that yes it was worth it. But the better answer is kinda because it can’t be talked about without a few caveats.

What You Should Know Before Playing Kingdom Hearts 3

Before diving in, let us give you a few points that we’ve noticed people talk about so that you’re not surprised.

First, the cutscenes are long. Like…Xenoblade Chronicles 2 long. So make sure that you’re ready for that.

Second…the cutscenes don’t make as much sense as you think they should. If you’ve played all the games, you’ll be frustrated because you know this stuff. And if you’ve just played KH1 and KH2, then you’re going to be frustrated because even the clarification of what happened in the other games is nonsense.

That said, it’s easy to bounce off Kingdom Hearts 3 early. Please don’t. If you try it and aren’t sold, get to the end of the Toy Story world (the first of the real worlds) before deciding to bounce. The game opens up a lot at that point. (Kind of like Persona 5 opening up after the first Palace.)

That’s because they have included nearly every combat mechanic from all the other Kingdom Hearts games into this one. All at once. (No cards from Chain of Memories, though, thankfully.)

At first, it’s easy to get overwhelmed. But as you play, you both grow used to it and see the logic behind it all. Plus, you learn which pieces and mechanics work best for you, so you can ignore the ones that don’t.

Just be aware, it’s not all button mashing with a few reaction commands. We promise.

3. The Boys Are Back

You get to keep Goofy and Donald in your party at all times now. No more swapping in and out. The Disney characters just add on and follow you around and fight. It’s awesome.

4. The Pirates World is Garbage

The Pirates of the Caribbean world is garbage. It’s a garbage world with a garbage story with garbage gameplay mechanics and garbage characters.

You have been warned. So power through it, get to the end, and then you can go back and explore later. We promise that it’s a lot more enjoyable as an open world rather than a narrative experience.

5. The Minigames and Sidequests are Awesome

Austin and Beej diverge on why they like the game. Beej enjoys the combat and the story, while Austin prefers the minigames and sidequests.

They intersect at the Lucky Emblems collection, which is basically the same thing as Hidden Mickeys at the Disney themeparks. You take pictures of things that look like Mickey’s sillhouette, and you get rewards for it (including a secret ending if you have enough!).

There is a lot to do in this game. So if you’re a completionist, you will have a field day.

Beej hit the credits a few minutes under 40 hours, but he’s nowhere near finished. Austin is at nearly the same amount of hours played, but isn’t even approaching the end of the story.

And after recording, we found out there was a superboss in KH3. Noice.

This is a very good game with a lot to offer, even if the beginning of the game has some strange choices in the beginning few hours. If you can get through those, you’re golden.

Just like those Hercules statues you can collect in Olympus.

What are your favorite KH games or worlds?