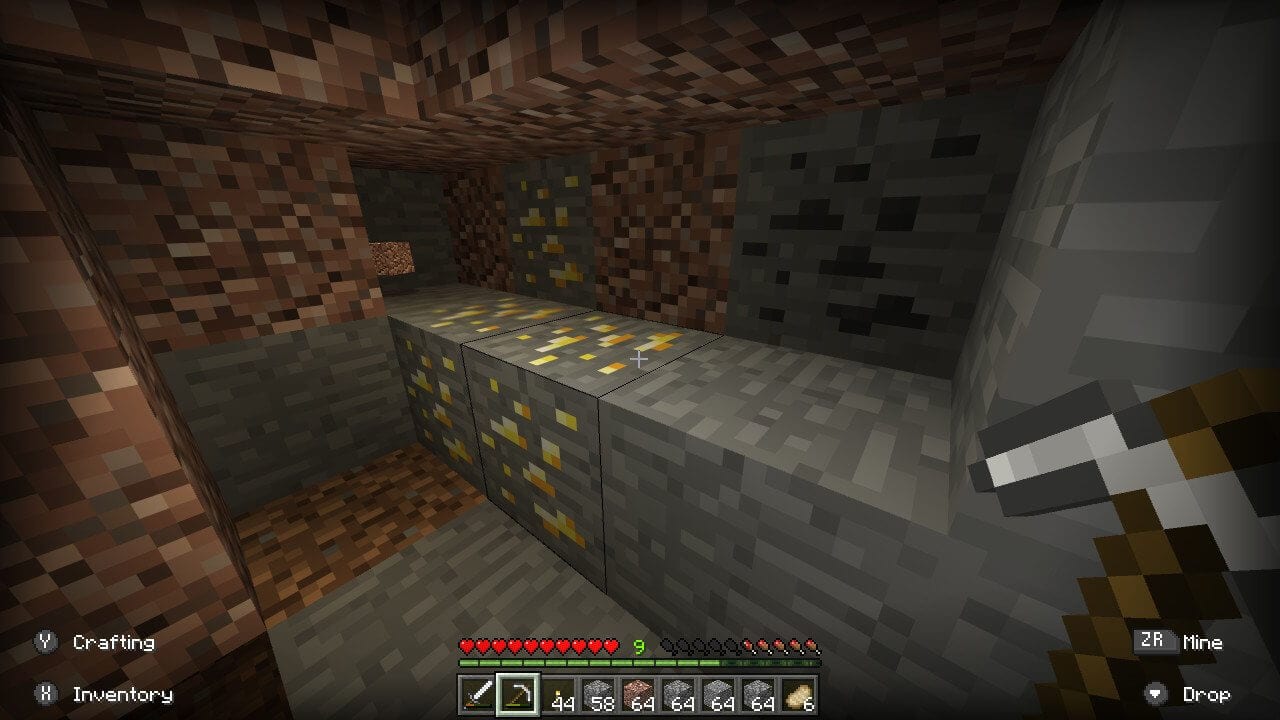 Back in late 2010, or maybe early 2011, all of my friends online were going crazy over this new indie game called Minecraft that had just had a beta version release. I watched a trailer on the game’s website and it featured something with a skeleton and a roller coaster and the graphics were just horrendous. But I figured it must have something worthwhile since everyone was just going nuts over it.

So I downloaded it and it was one of those rare games where I just couldn’t put it down. I stayed up all night playing it, came home from work the next day and played it until I passed out again.

Minecraft let you do anything you wanted, but it gave you a limited toolset to work with, so you didn’t feel so incredibly overwhelmed by choice. There was just enough structure for creativity to thrive. If you’ve ever played on a multiplayer server, you know that everyone’s house can really be a true expression of their play style.

What Minecraft brought into mainstream attention was a small, almost unnoticed genre of gaming, which we still don’t have a great name for but I’ll call it the “builder” genre. I consider genres in gaming to be defined by the kind of decisions that form the core appeal of the game. So in an adventure game, the core decisions are about where to go; in an RPG, it’s about how you progress and build your character or party; in an action game, it’s about timing and reflexes and player skill; in a strategy/puzzle, it’s about planning and charting out your moves or actions.

It didn’t start with Minecraft

In many ways the Maxis simulation games like SimCity, SimPark and The Sims are really Sim-Builder games. While they use mechanics to simulate management decisions, they’re also just as much about how you want to build your city, park or family/home/neighborhood.

While Minecraft deserves credit for really making building games such a huge deal, The Sims is also an incredibly successful game series in its own right. And while you have different tools, and the scenario is completely different, The Sims and Minecraft share a lot of DNA.

I also feel like art and creation games like Mario Paint and Art Academy fall into this category as well, they allow the player to make and build even if what they’re building isn’t a structure, it’s still asking the player to make a decisions about how to make something.

And of course Mario Maker is a builder from a completely different perspective, but a builder game nonetheless.

One of the great things about Minecraft servers, is it allows for this amazing asymmetrical multiplayer that’s very similar to what we see with Mario Maker. It’s not only fulfilling to have other players experience your work, but it can strengthen those social bonds when you are literally digital neighbors with your friends.

Not just a social genre

Of course everything doesn’t have to be multiplayer focused. Minecraft works great as a solo game. And Dragon Quest Builders takes all the amazing building aspects of Minecraft and forms it in the structure of an RPG-adventure. Of course there still aren’t many RPG elements in play in Dragon Quest Builders, but it uses that structure along with quests and more developed NPCs to flesh out the Minecraft style.

Dragon Quest Builders could have been a cheap Minecraft clone with a Dragon Quest skin, but instead DQ Builders enhances the genre it’s helping to build with many features that are unique to it.

For instance, I love how you can craft more furniture and build functionally specific buildings. And of course the NPCs bring that DQ charm that really makes your village feel alive.

Also, since we’re talking about, some uh shameless network promotion: Dragon Quest FM has a great couple of episodes on DQ Builders that you should check out where ever you listen to podcasts!

Really with the release of Mario Maker 2 and Dragon Quest Builders 2, this year has been an incredibly significant year for the builder genre. Two very different builder games released to great acclaim and sales.

When we talk about the beneficial side of games, with them helping build decision making skills, reading skills, reasoning skills, critical thinking, etc., few genres can boast that they are as beneficial as an education-adjacent tool as building games. Giving kids, and really anyone, the tools to express themselves in a digital space can be so important. Just like the arts build abstract skills outside of just painting or sculpture, so do games like Minecraft, Mario Maker and Dragon Quest Builders.

As more developers make games in the lines of these games, I’m excited to see the new ways the builder genre is added to and, well, built upon.