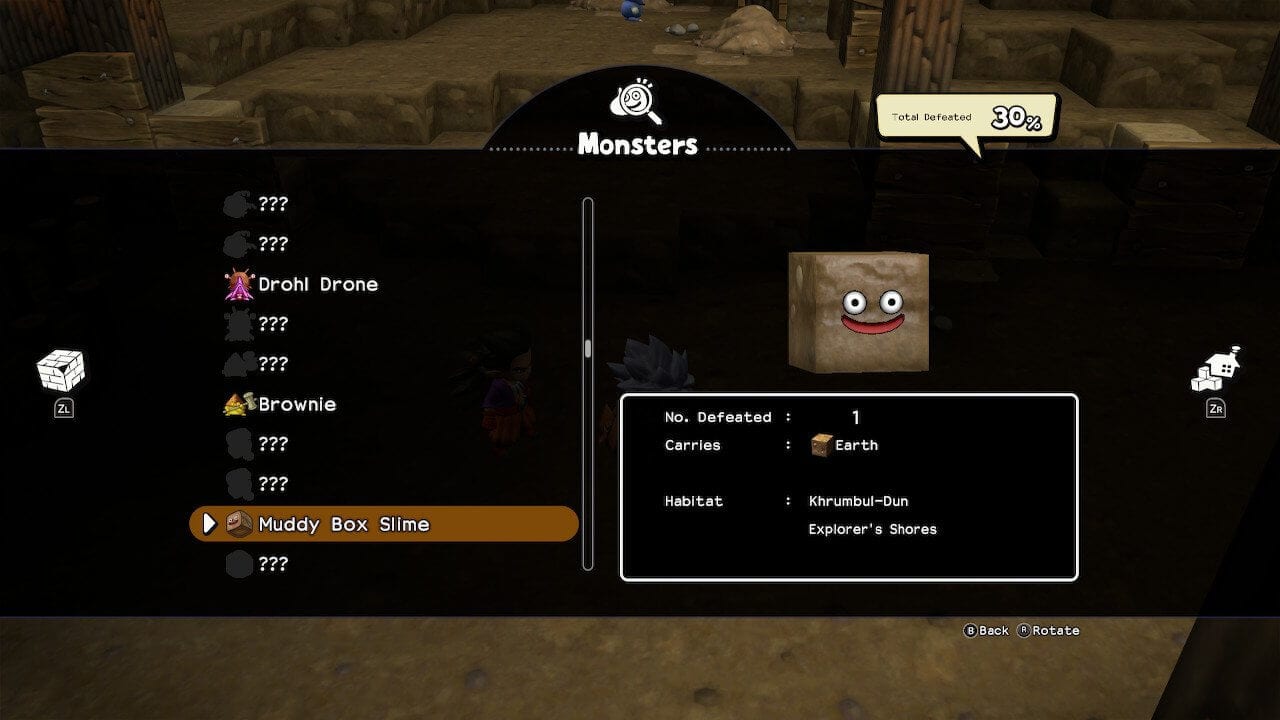 Austin was also sick this week, so B.J. does a lot of the talking. We also discuss Austin’s weird reaction to cold medicines. Like, seriously, why does he react that way?

We talk about the second island in DQB2, Khrumbul Dun; it’s a mining town, so we weigh the pros and cons of that. It can feel claustrophobic, but you can get out in the world and explore for super strong monsters on the second island, so that helps.

Plus, we talk about our favorite new armor and swords we’ve found (spoiler: dragon stuff!), new monsters, and rare artifacts.

Beej even found a Muddy Box Slime that neither he nor Austin knew existed until now. There are so many new slimes to discover! Have we mentioned that we’re big fans of Dragon Quest Builders 2?

Hang around until the end, where we share our thoughts on the game’s bosses, which of the first islands is the best, and any frame rate issues we may have encountered. Yes, Austin finally found some. B.J. still hasn’t had any issues, but he’s playing on the Switch with it docked.

You can find links to the game right here:

Where To Find us

We are on Twitter as @_austin_king and @professorbeej individually, and the show’s account is full of DQ goo-dness at @DragonQuestFM. We are a proud part of the Geek to Geek Media Network. And if you want even more DQ awesomeness from Austin, you can read his weekly blog at DragonQuestAustin.com

And don’t forget to join our #dragon-quest channel on the GGMN Discord!