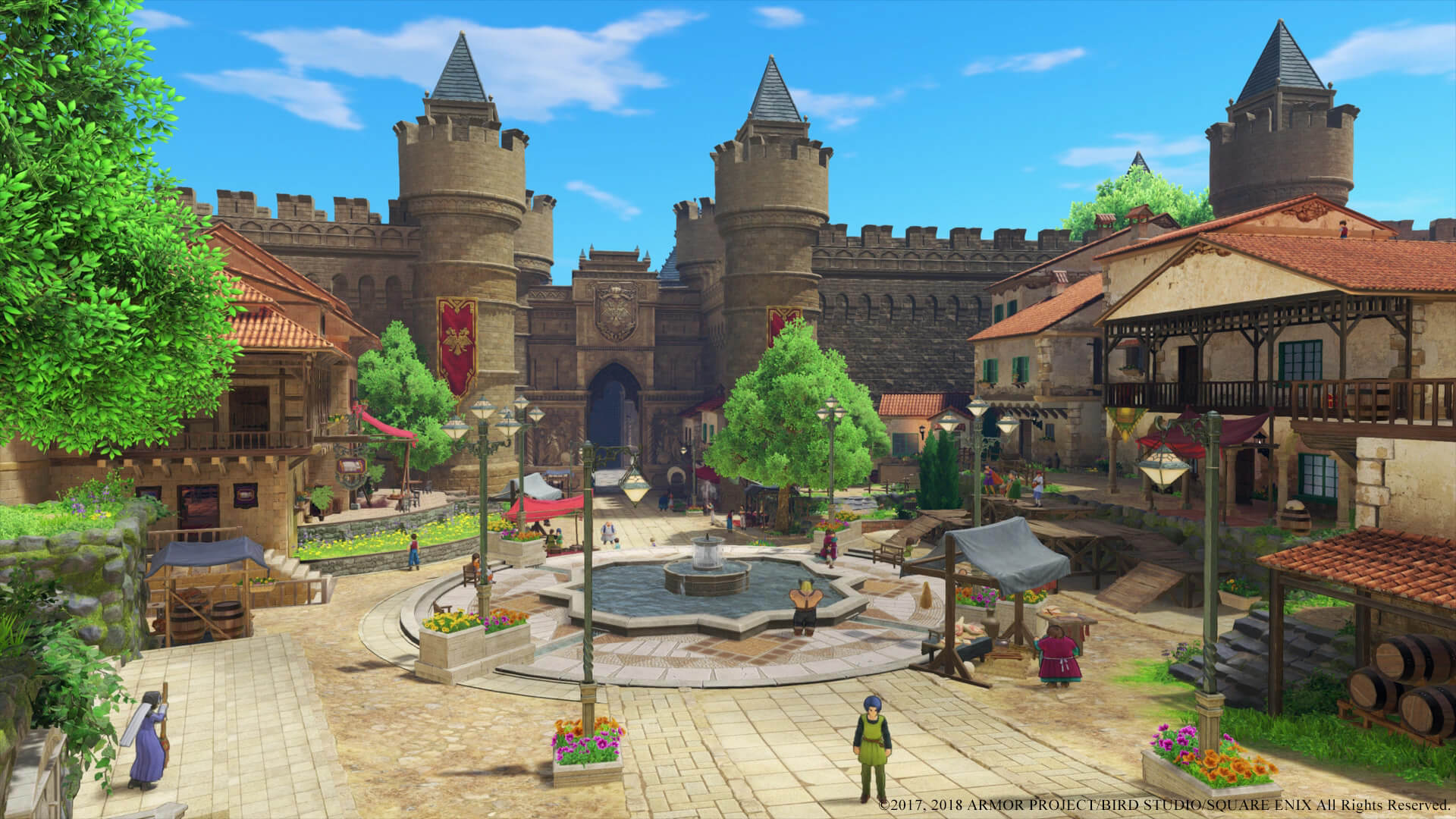 Cor Blimey! Why Dragon Quest Has the Best NPCs

Most video games are not about the NPCs. They’re called non-playable characters for a reason. You aren’t supposed to play as them, much less get attached to them. For the most part, you don’t even have to talk to them. In a lot of video games, NPCs are set dressings. They’re filler to make towns look full and more populated.

Sure, in a lot of RPGs, there are some important NPCs. Kings, for instance, or maybe a local barkeep who provides all the tutorials for the game. In games like Fantasy Life, there are NPCs who are important because they provide you with side quests. And you have to get that extra gold and experience, right? So you talk to them, do the quest, and receive your reward. But do you ever go back and chat with them? Not usually.

Dragon Quest, however, is one of the few game franchises where NPCs are fully realized characters. Other games do this well, too. The Ni No Kuni games, for instance, have some really great NPCs. Final Fantasy IX has some of the best NPC stories of any game I’ve ever played.

However, I’d be so bold as to say the NPCs in Dragon Quest games are more important than those in any other video game franchise. Ever.

Don’t Believe Me Yet?

Think about it. Dragon Quest is a world full of recognizable NPCs. Heck, some of the NPCs are so iconic they are as ubiquitous to the series as a blue slime.

Take the puff-puff girls, for instance. You can find them in pretty much any Dragon Quest game. They’re easily spotted. They have short skirts and bunny ears, for Goddess sake.

Look at this image. Even if you’ve never played an actual Dragon Quest game, there’s a good chance you’ve seen this gif on the internet. It’s probably the most used DQ gif I’ve seen.

The same can be said for the priests, nuns, and tough guys who inhabit these worlds. You know you’re playing a Dragon Quest game because the NPCs are instantly recognizable.

A lot of the credit, of course, goes to Akira Toriyama, who’s designed all the monsters and characters for EVERY SINGLE DRAGON QUEST GAME! That’s not an easy feat. Sure, maybe he’s taking the easy way out by using the same NPC molds in every game. But I would argue that some of these NPCs have become so iconic, to leave them out of a Dragon Quest game would be a major mistake.

After all, what’s a Dragon Quest game without at least one of these guys shouting “Cor Blimey!” at you and doing at least one weird thing?

It’s weird, and it’s 100% Dragon Quest. At this point, a game without one of these tough guys wouldn’t feel like Dragon Quest anymore.

Everyone Has a Story to Tell

Dragon Quest games are filled with NPCs with their own stories to tell. Whether it’s a simple father/son drama happening between two towns, or a much larger story involving a cowardly prince looking for courage, there are tons of mini-stories happening in these games.

I would even argue that Dragon Quest VII is ALL about NPCs and their stories. Because the game is set up in fragmentary episodes, each part deals with a cast of characters and a story that feels both unique but also connected to a bigger piece. You have to think of the game as a puzzle, with each NPC and story being their own piece.

Some characters will even appear in other stories, in other places and in other times. Because the story spans decades, you might run into an NPC who’s a teenager in one episode and then bump into him again when he’s eighty and propping on a cane.

And you know what? Even though I didn’t like Dragon Quest VII as much as the other games in this series, it still has the best NPC stories of any game I’ve ever played!

I’ve played a lot of video games over the years. Almost exclusively, these games have been JRPGs. Dragon Quest games are the first where I really want to talk to everyone in town. Even when it’s not required to advance the story (which, admittedly, gets tedious in VII and early parts of VI), I still like walking around and talking to the townsfolk.

Sometimes, they have something valuable to say. Dragon Quest II, for instance, is so open for exploration that you have to talk to NPCs if you ever hope to advance the story.

Other times, the dialogue is purely something humorous. DQ games love their puns, after all, and you won’t be disappointed if you go looking for funny dialogue. I even talk to the cats and horses, which can sometimes surprise you by saying more than “meow” and “neigh!”

Dragon Quest manages to rise above the standard “set-dressing” NPCs you find in most games. The series has created NPCs you love (and love to find), ones who seem funny and unique and sometimes heartbreaking, ones you actually like talking to.

Now, go out there and talk to some NPCs!