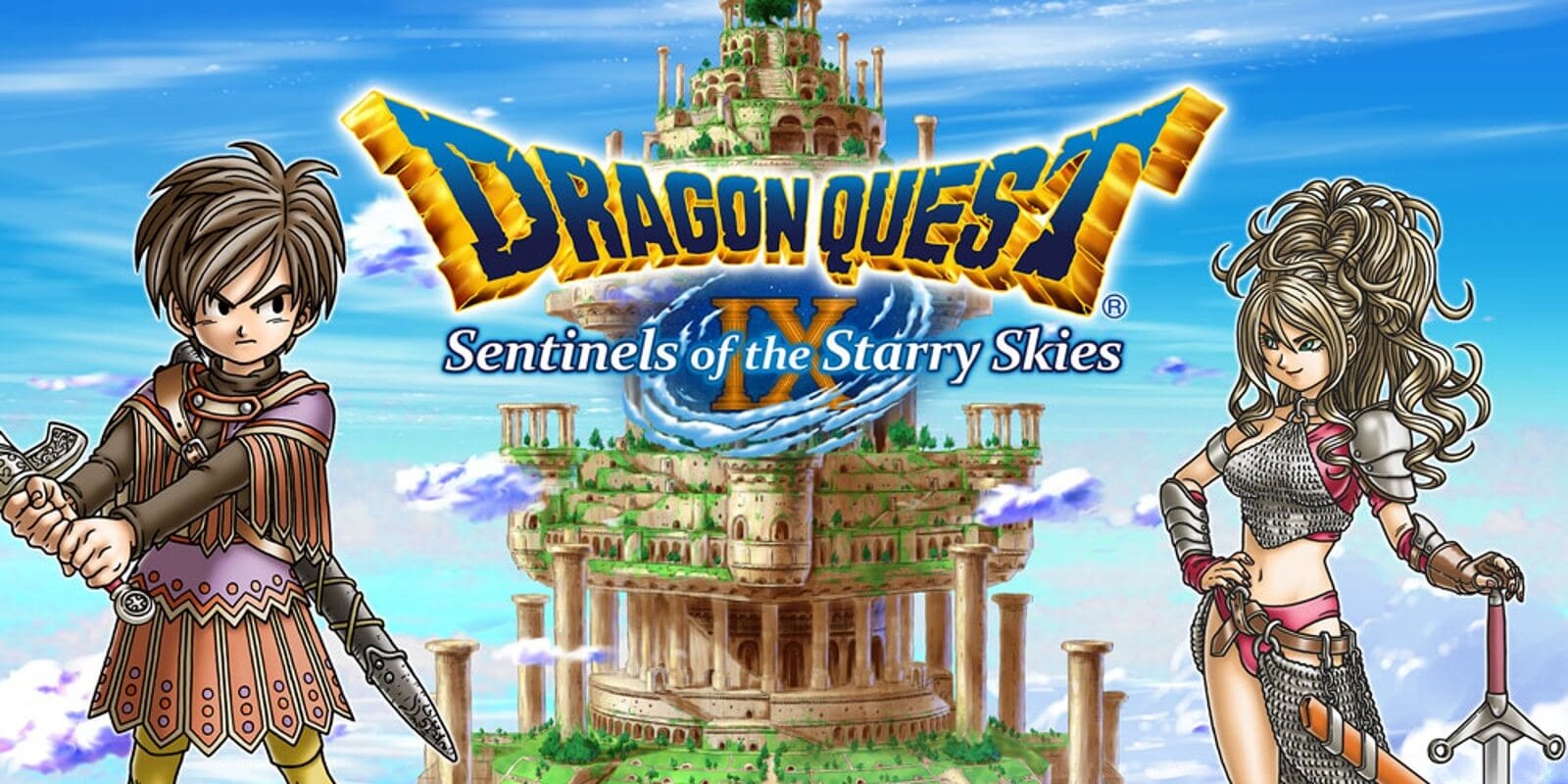 Dragon Quest IX: Sentinels of the Starry Skies is the final game I have to play in my year-long Dragon Quest Quest. I started this game back in July, and I’ve been having a good time with it so far. I actually beat the main story this past week and am playing through postgame content now. As usual, I spent some time collecting my thoughts before writing anything down.

This week, I want to discuss the early parts of the game, from your fall from “heaven” to just after Alltrades Abbey. You probably guessed already, but there are gonna be some minor spoilers ahead…

The Hero of DQ IX is an angel, a Celestrian to be exact, who watches over a small village from a heaven-like place called the Observatory. You’re being instructed by your mentor, Aquila (who I read as “Tequila” every time I saw his name). The intro is good and interesting, and Angel Falls makes a good first town. It’s also a classic DQ pun because…you know, you’re a angel and you fall here. Angel Falls? Get it? Get it? GET IT?

I’ll admit, I miss having real characters. This time around, it’s not just the Hero who you get to name. Your entire party is made up of characters that you get to customize–from their names, to their vocation, to their hair color and eyes (some of those eye choices are muy creepy). It’s like a more refined version of Dragon Quest III‘s customizable party.

This means there’s no party chat and no personality to any of the characters. It’s not that I necessarily hate this; it’s just not as good as having pre-determined party members with names and personalities like most of the other games do. It also makes your quest feel a little lonely and kinda empty at times.

Every Time a Bell Rings…

The story of Dragon Quest IX is pretty good. You lose your wings when you fall from the Observatory, and in order to regain them, you have to go around the world, performing good deeds and collecting benevolesence (initially) and then fyggs from the Yggdrasil Tree.

The towns, story, and gameplay feels like a direct sequel to Dragon Quest VII. Like VII, IX is a semi-Biblical story. In fact, if VIII had the Almighty and a race of angels, I’m convinced we’d be calling VII, VIII, and IX the Almighty Trilogy or something.

The parallels between VII and IX are many. In fact, the outside of the Observatory in IX is set up quite similarly to one side of the Aeolus Vale in VII (the 3DS version, anyway). And who lives in the Aeolus Vale? The Cirrus, of course–a race of people with wings that look exactly like the Celestrians.

I’m half-convinced the world of IX is that same as VII. I haven’t beaten much postgame in IX yet to see if they actually throw anything conclusive into the game, but it certainly feels like these worlds are connected. And the similarities don’t stop there…

Like Dragon Quest VII (and VI), Alltrades Abbey makes an appearance in IX. It functions the same way, too. You can switch Vocations by speaking to the priest, Jack-of-Alltrades. And like VI and VII, you have to do a quest to unlock it, of course. Unlike those games, though, you can unlock addition Vocations by completing side quests.

I’m not really a fan of this new Vocation system. A big part of me wishes you had access to the new Vocations as soon as you unlock Alltrades Abbey, and that you unlock new Vocations by mastering them, the way you did in the previous games. I still prefer the mastering of vocations (and the ability to use those Vocations’ spells with others) the way you could in VI and VII. I know a lot of people love IX‘s system, but it feels like a step backwards to me. I’ll take VII‘s any day of the week.

You also start at Level 1 every time you start a Vocation, which I greatly dislike. It makes IX a bit grindy at times, especially since you don’t unlock jobs like Sage until extremely late in the main story.

Next week, I plan on talking about Dragon Quest IX a lot more. I’d like to discuss the Krak Pot, the Quester’s Rest, and the Starflight Express. I’d also like to dig into the story a bit more.