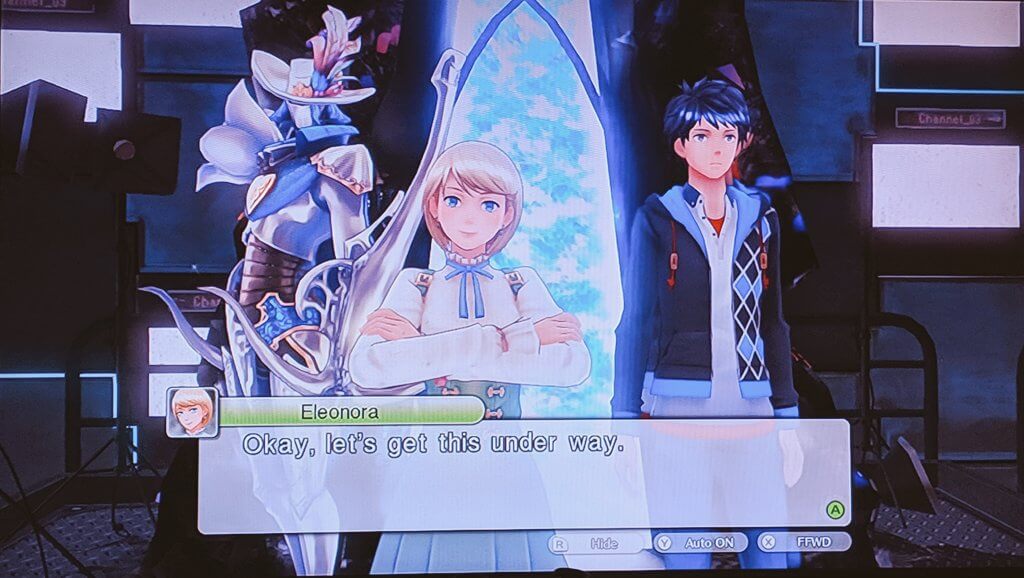 What a strange game. I’ve never really played anything quite like this but it’s got a strange familiarity to it as well. Maybe it’s like the first time you eat cotton candy ice cream, a dessert that’s composed of all familiar tastes and textures but still jumps out to startle you into a sugary novelty-shock.

That’s Tokyo Mirage Sessions #FE: the novelty-shock of an amazing dessert you’ve never had before. It’s cotton candy ice cream. It’s really too sweet at times, filled with bright colors that seem to clash more than compliment. But once you acclimate to the taste you’ll continue to be surprised to find some actual depth and meaning.

I remember the first time this game was announced. There was a low but persistent buzz on both the Wii U and Nintendo subreddits. There wasn’t much in the way of JRPGs on the Wii U but here was the promise of a Fire Emblem and Shin Megami Tensei crossover by Atlus. The Wii U was struggling with most demographics but the idea of crossing over Fire Emblem’s sword and sorcery and political intrigue with Shin Megami Tensei’s dark and gritty post-apocalyptic hellscape had some major appeal.

Of course two-something-ish years later at E3 2016 this was shown:

No one was expecting J-pop cotton candy ice cream.

While nearly all critics were very favorable to the game, if you dive into the world of off-brand YouTube reviews you’ll find a lot of fans making “reviews” where they rant about how this isn’t what they wanted from a crossover like this. Many of them say that this should have just been its own game. And maybe they’re right, and in some ways Tokyo Mirage Sessions is its own game, just littered with references and characters from two other otherwise unrelated series.

Atlus also made the decision to only have Japanese voice acting. Maybe they didn’t have the budget to localize all the music, maybe they knew the game was going to be niche as hell and it wouldn’t matter anyway. Maybe they just wanted the game to be Japanese in setting and flavor.

This works in the games favor though, if not in its sales. It’s very immersive to be walking around real locations in Tokyo, working for a Japanese entertainment company, Fortuna Entertainment, while talking to characters that either take some level of patriotic pride in being the best of Japanese entertainment or want to take their talents to Hollywood. Japan is as much a character in TMS#FE as Itsuki or Tsubasa.

TMS#FE is a pretty traditional, turn based RPG at its core with some really interesting mechanics.

Each party member is a young up-and-coming Japanese entertainment star. They sing, dance, act and manage and their stories of growing into their careers parallel their secret lives investigating the mirage menace — other worldly beings that posses humans and drain them of creative energy known as performa. Some mirages are good and team up with the heroes, lending them their strength and arming them with weapons. The good mirages are all Fire Emblem characters: Chrom, Tiki, Caeda, Cain and others.

Each character can equip one kind of weapon and (at first) each weapon can give the characters four skills that you unlock as you use the weapon. The skills are either skill attacks, passive abilities or pieces of a combo sequence, and there’s limited space for each skill. This is where the majority of the interesting decision making comes into play. You chose which weapons to equip based on the skills you want, which skills you want based on how you want to build each character and your team as a whole.

As the game progresses you’re often made to make difficult decisions on which skills you want to keep and which to replace. You’ll often be choosing between character utility, buffs, control abilities and more powerful attacks.

There are elements and Fire Emblem’s weapon triangle as well. So an axe enemy is going to be weak to swords, flyers are weak to bows, magic users are weak to melee, etc. If you use an effective attack, it will open up a teammate to make a session combo attack. Combat in Tokyo Mirage Sessions is based on trying to string together as many combos as possible.

Outside of battle, this is very much a dungeon crawler with enemies that appear in the overworld and can be stunned with an attack. Dungeons have some light puzzles but nothing that should give you too much trouble. Some of them are a bit maze like, but making use of the map on the Wii U gamepad will be more than enough help to get you through every dungeon.

So I know I said I didn’t really want to review games, but this game is so interesting to me and it’s such an underrated, burgeoning cult classic that I wanted to write about it.

I’m going to be stealing from Austin’s format for this review, breaking it down into parts. Next week I want to write about the story and characters but I need to finish the game first. I’m about 90 hours in and I’m about to start the last chapter, so hopefully I can get the game knocked out and give you my thoughts on all that. I may do a part 3, just to wrap things up and give my final thoughts if I can’t get that to fit into part 2, but we’ll see.

If you like this, definitely check out Austin’s blog where he playing through all the Dragon Quest games. And as always, thanks for reading!

Part 2 is live, be sure to check it out for final thoughts!