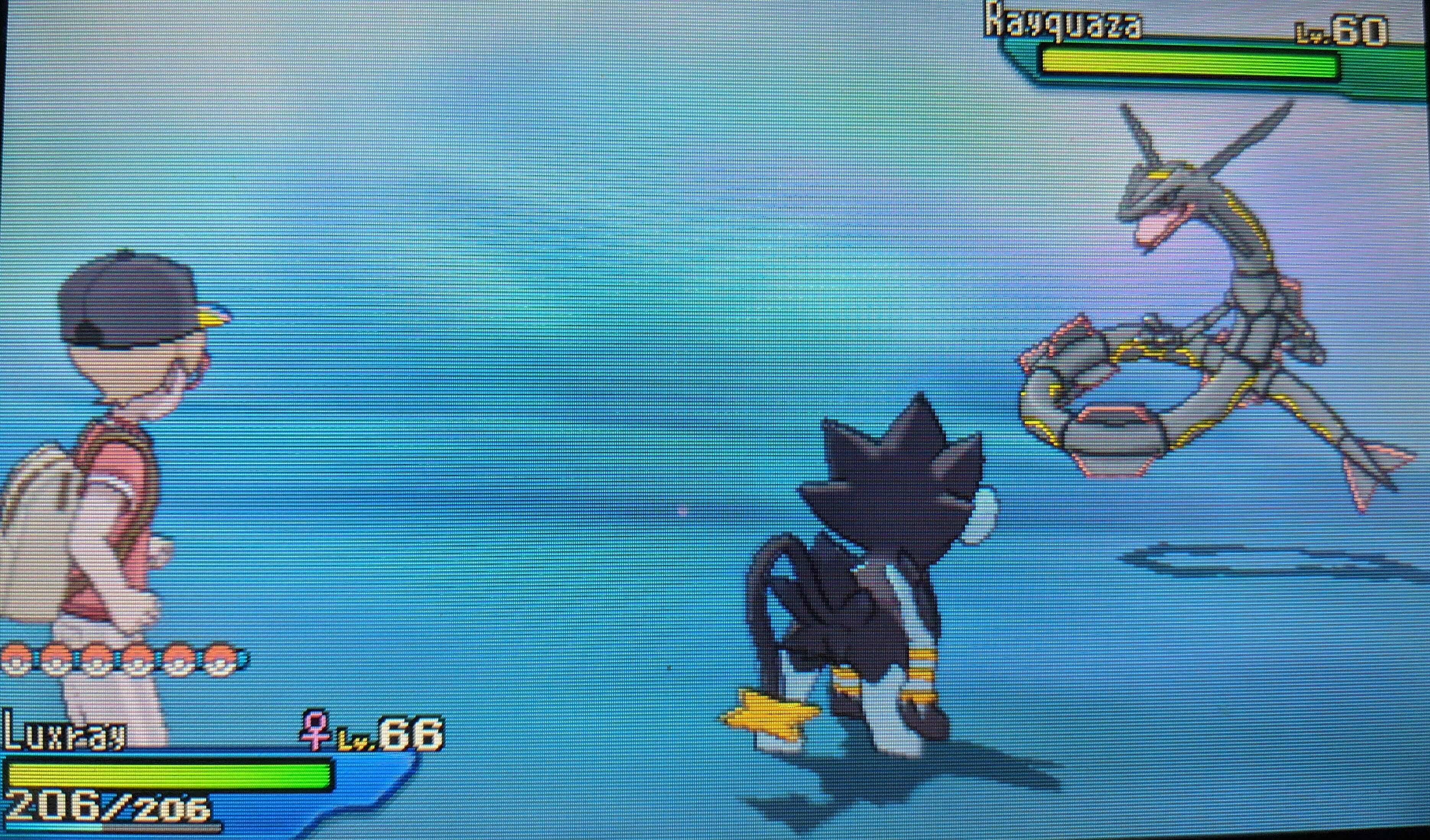 Getting your grind on: The misunderstood side of RPGs

So I know this is supposed to be part two of my review of Tokyo Mirage Sessions. And in a way it is, I’ll be discussing parts of that game here, but I’ll also be discussing other games while focusing on the topic of grinding. The reason for that is this weekend I achieved a goal I had been working on for longer than I care to admit. I finally encountered — and caught — a shiny Raquaza in Pokémon Ultra Sun.

If you don’t know what this entails, I have gotten to the point where I would encounter a Raquaza, saved right before it, encounter it to check if it’s shiny or not, and then soft restart my game until it is. The rate, with a shiny charm is 1 in 1,365. But I was impatient (you have to complete the regional pokédex to get the shiny charm) and decided to start my shiny hunt before getting the charm, bringing my rate to 1 in 4,096.

I shiny hunted mostly while watching TV, which evolved into shiny hunting while questioning if I was doing it right. And then after multiple times of checking and double checking that yes, I can encounter a shiny this way, it evolved into shiny hunting while questioning my own sanity: who am I? Why was I doing this to myself? How long had it been? Would quitting be a relief or would ending it knowing all the time I had invested break me? And then, finally, I started I shiny hunted while questioning my senses: Wait, was that one black or green? It looked like it might have been a slightly darker shade of green.

However, I gritted my teeth and persevered and I was rewarded for my trouble with an awesome, black Rayquaza.

The whole process is without a doubt the most intense grind I have ever put myself through. And, I have come back from the brink of insanity to give some insight into what grinding really means in an RPG.

Like we’ve talked about on this blog before, there are different kinds of fun. Sometimes fun is fast-paced action with split-second decision making. Other times it’s deliberate consideration over a set of intriguing choices. And sometimes it’s standing on a hill wondering where you want to go explore next.

With grinding, the fun is more of a catharsis. You are relieving yourself of stress by doing something menial over and over again. It doesn’t require a lot of thought, the way laying on the beach or sitting at the pub or watching mindless TV doesn’t require thought.

Too much grinding, like my pursuit of a shiny Rayquaza, can come back around to the other end and be stressful again. But even then, most of the time I was simply keeping my hands slightly busy while giving 85-90 percent of my attention to other things.

The kinds of grinding

Now mechanically, grinding also serves a very important purpose in RPGs: it’s a release valve for difficulty. If you can’t get past a certain point in the game, you’re given a choice to either wrestle with the game’s system (things like upgrading your armor or skills or abilities) or grind for XP and level up.

Some games you just go back and grind where there are random encounters or wandering monsters. In Final Fantasy games, I generally will grind a level or two before hard end-of-dungeon boss battles by simply running around near the end of the dungeon killing those monsters, generally trying to find monster spawns that don’t give annoying status effects.

Some games, like those with lots of random encounters, can overwhelm the player with battles so that it feels like even moving around the overworld or trying to make your way through a dungeon is a grind. You feel like you’re being forced to do the same thing over and over again just to get to the next part of the story.

This can be incredibly frustrating for a player and is often what people are referring to when they say a game has “too much grinding.” But the general trend for RPGs in recent years has been to give the player much more control over how and when they encounter enemies. I really appreciate this because it turns grinding into a decision and decisions are more fun that something you’re forced to do to progress.

Some games have attempted to fix this issue with showing you enemies on the overworld.

In Tokyo Mirage Sessions, you see the enemies — known as mirages — as you traverse the dungeon. You can attack them with your weapon to stun them and when you do you can run into them to initiate a battle or avoid them entirely.

Running into an enemy when stunned in Tokyo Mirage Sessions gives you an advantage when you start the battle, but there are savage mirages which are much harder encounters and the mirages for those can’t be stunned by attacking them before the encounter, making them difficult to avoid too.

With a savage mirage, you can either attempt the very difficult battle (these killed me quite a few times, especially in the early game) or flee from battle. Later you’ll get an item called a smoke machine that will guarantee a successful attempt to flee from battle.

Get the slimes you want

This was added to more recent Dragon Quest games, and I greatly appreciated it in playing Dragon Quest VIII on the 3DS and I’m looking forward to that system when I play Dragon Quest XI when it’s released on the Switch.

While Tokyo Mirage Sessions doesn’t show you the enemy you’ll fight before the encounter starts (they’re either a red hooded figure for normal fights or a blue one for savage mirages) Dragon Quest does, although there are still some surprises in the encounter usually.

One fun way they mix this up is with metal slimes, which are enemies that give you a ton of experience points. So grinding for XP in more recent Dragon Quest games is less about battling over and over again, and more about getting the overworld enemies to spawn and respawn until you get metal slimes and then chasing them down.

Sorry again, Austin, for encroaching on your Dragon Quest territory!

Thinking outside the tall grass

In Pokémon, you only encounter enemies in tall grass, giving you an element of control over when you encounter random battles. Of course this changed in Pokémon Let’s Go Pikachu and Eevee, and you see the actual pokémon wondering around the routes and can choose which to encounter.

Interestingly, it looks like Pokémon Sword and Shield is going to have a mix of random encounters and pokémon wondering the overworld, which I’m interested to try out. I don’t know of any other games that have done something quite like that but I think it’s an interesting way to preserve the excitement of not knowing what you’ll encounter with giving the player more control over their experience.

And in Bravely Default, the player can actually adjust the rate of random encounters in the menu to suit their play style and needs. It’s another great out-of-the-box concept

An RPG without grinding

In the more traditional Fire Emblem games, there aren’t many locations for grinding at all. Those games are about managing experience points as a valuable resource. You may encounter an arena — a place where you can wager gold and you unit’s life to fight extra enemies and get extra XP. Other Fire Emblem games will have side dungeons or respawning enemies on the map that will let you gain levels if you need to.

This is incorporated into Tokyo Mirage Sessions with an arena that has you spend money to fight multiple waves of enemies with no backing out between bouts and DLC dungeons that are just for grinding money and XP.

More than a grind

Being able to talk about grinding more accurately is going to greatly help fans discuss games with grinding without it becoming a swear word. And I hope that if mandatory grinding has turned you off of RPGs in the past, that maybe these developments will encourage you to give them another shot!

I’m planning on finishing up my thoughts on Tokyo Mirage Sessions!