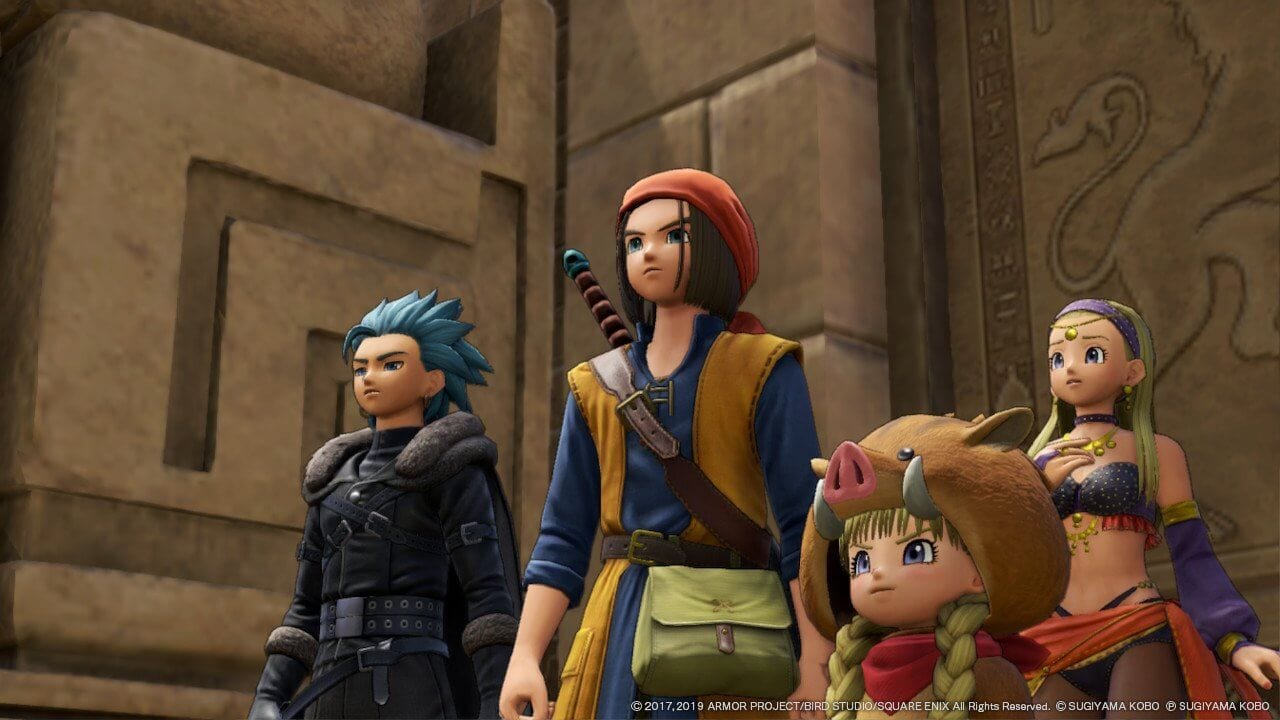 The Luminary, Dragon Quest XI’s silent protagonist doesn’t say a whole lot. But, like a lot of JRPG protagonists both silent and otherwise, actions speak loudest.

What I find really interesting is how the gameplay build informs the character. The gameplay is what makes gaming special as a medium, so I always love it when games use the gameplay to build on the narrative. Especially with a silent protagonist like The Luminary who (after my 30 hours so far) feels like a leaf helplessly floating along in the river of the plot so far.

The Luminary of course is blank so that you can self-insert/project your own thoughts and feelings onto the character. Although that does raise the question as to why there isn’t the option to play as a woman Luminary, since the character is so blank, but that’s a whole nother post.

But from a gameplay perspective, the Luminary’s skills definitely help flesh out the character and in doing so the game presents us with a strong role model for leadership.

The Luminary is a sturdy character, with solid HP, good defense and strong attack power. This is all pretty consistent with most JRPG characters in most JRPGs I’ve played.

It’s the spell casting, specifically the healing, that defines The Luminary as a leader.

Of course The Luminary isn’t a healer the same way other more dedicated characters are, but it’s enough to speak to his personality: he is both a strong and nurturing character who is able and willing to take a back seat from the action when needed to support his friends in order to let them shine.

The Luminary actually reminds me a lot of Itsuki Aoi, from Tokyo Mirage Sessions #FE (which you may remember I played earlier this year). Like The Luminary, Itsuki is a mostly silent character whose stats and abilities mostly lined up with Fire Emblem lords like Chrom, but also had healing in his tool kit. Story wise, Itsuki played the role of stage manager, who worked behind the scenes to ensure his friends succeeded.

It would be a mistake to not take a second to talk about DQXI’s Sylvando some. Sylvando is introduced in a story where he has to teach an NPC prince about the meaning of chivalry.

He uses tough love and encouragement to bring out the best in Prince Farris, and immediately shines as a character. Being a flamboyant (and effeminate) jester, the character could have been a flat, cheap (and probably homophobic) comic relief character.

Instead, Sylvando is a noble character and someone people look up to. He inspires both the main party characters and various NPCs along the story’s path. He’s funny too, of course, but he’s never the punchline.

This reflects in his abilities as well, Sylvando is tanky enough to survive most fights easily enough and he can do some decent melee damage. But his buffs are where he really shines.

Although Rex has a lot of flexibility in his build and neither he nor Shulk are silent protagonists, their speed and DPS based builds reflect their more hasty and sometimes impulsive attitudes.

As Xenoblade Chronicles 2 progresses, Rex unlocks a certain blade in the game that gives him more healing and support abilities. That’s all I’ll say about that so we don’t veer into spoilers, but it does mark a new stage of Rex’s maturity and a major shift in his character development.