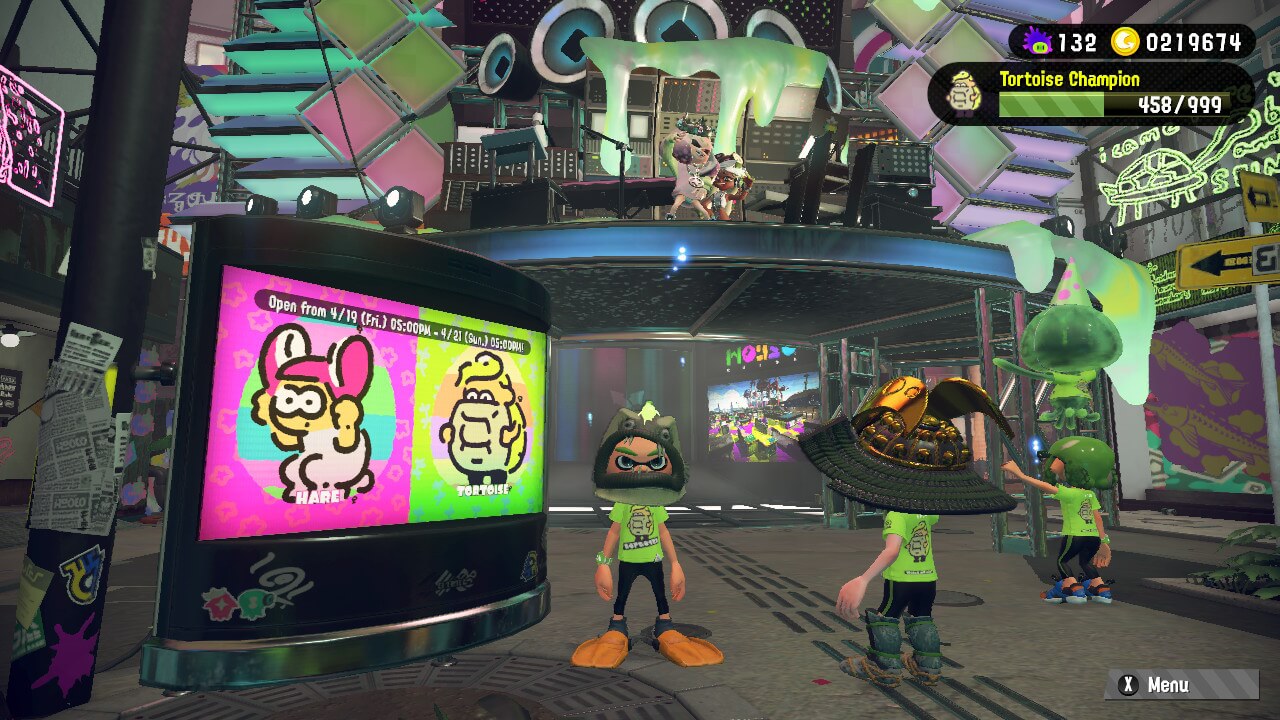 Happy Easter everyone! I won’t drone on too long, we’ve all got eggs to hunt and pastel clothes to wear.

And depending on the games you play, you may have noticed that it’s Easter — or some vaguely seasonal pastel-flavored, egg and bunny themed holiday — in your favorite video games as well.

A splattering of pastel

For me, I tuned into Splatoon 2’s Spring Fest Splatfest and Pokémon Go’s Eggstravaganza. But as I’m sure you’ve noticed major events, whether linked to a real life holiday or season or not, are common in almost all online multiplayer games, especially those that have been around for a little while.

Splatoon 2 has monthly Splatfests, which are usually a day or so long, although Spring Fest was all weekend. And they involve picking a team (this time tortoise and hare) and representing that team in the turf war gamemode. The longer you play the more your rank for that Splatfest goes up. And at the end everyone gets a special kind of in-game currency based on their rank for that Splatfest and whether their team won or lost.

My favorite part of Splatfests are the unique stages, that are generally a little more complicated than your typical map. They’re usually a little experimental, so they’re not all winners. But I really liked the Springfest map, which featured a treadmill type area that couldn’t be painted over once the ground passed under a clear barrier and you ran the treadmill by shooting a switch in the middle of the stage. Initially the stage was like a puzzle box, asking you to find and figure out its mechanics. Then, the more you play, the more you figure out its strategies and how to exploit them to win.

Pokémon Go has a variety of different kinds of events. Like the monthly Splatfests, Pokémon Go has monthly community days, which are three-hour windows when a specific Pokémon is very common and has a higher chance of being shiny (typically they alternate between starters and rare Pokémon). And if you evolve that Pokémon to its final form it’ll get an exclusive move.

However, that’s not the only kind of event in Pokémon Go. Right now the Eggstravaganza is a special event where eggs are hatching quicker and Buneary, Exeggcute and Mareep are very common. Buneary and Igglybuff’s shiny forms were also released, further motivating players.

These kinds of Pokémon Go events have become so common in fact that some players joke that the times when there are no events or community days or special raid lunch hours are the real events. Even yesterday while raiding for Latios, people were talking about making sure they took breaks from the game to prevent burn out.

Of course these kinds of issues aren’t unique to these games. If you play many online-centric games and even games like Animal Crossing, chances are real life holidays and seasonal festivities are creeping into your games.

The goal is to tempt players into returning for a bit. Splatfests get me most months. Pokémon Go’s events have brought back many older players and brought in new players. But the game has become increasingly dependent on them and risks burning out some players.

What about you? Do you have any favorite memories of special events in game? Did you play any fun spring or Easter themed events or games this past week?