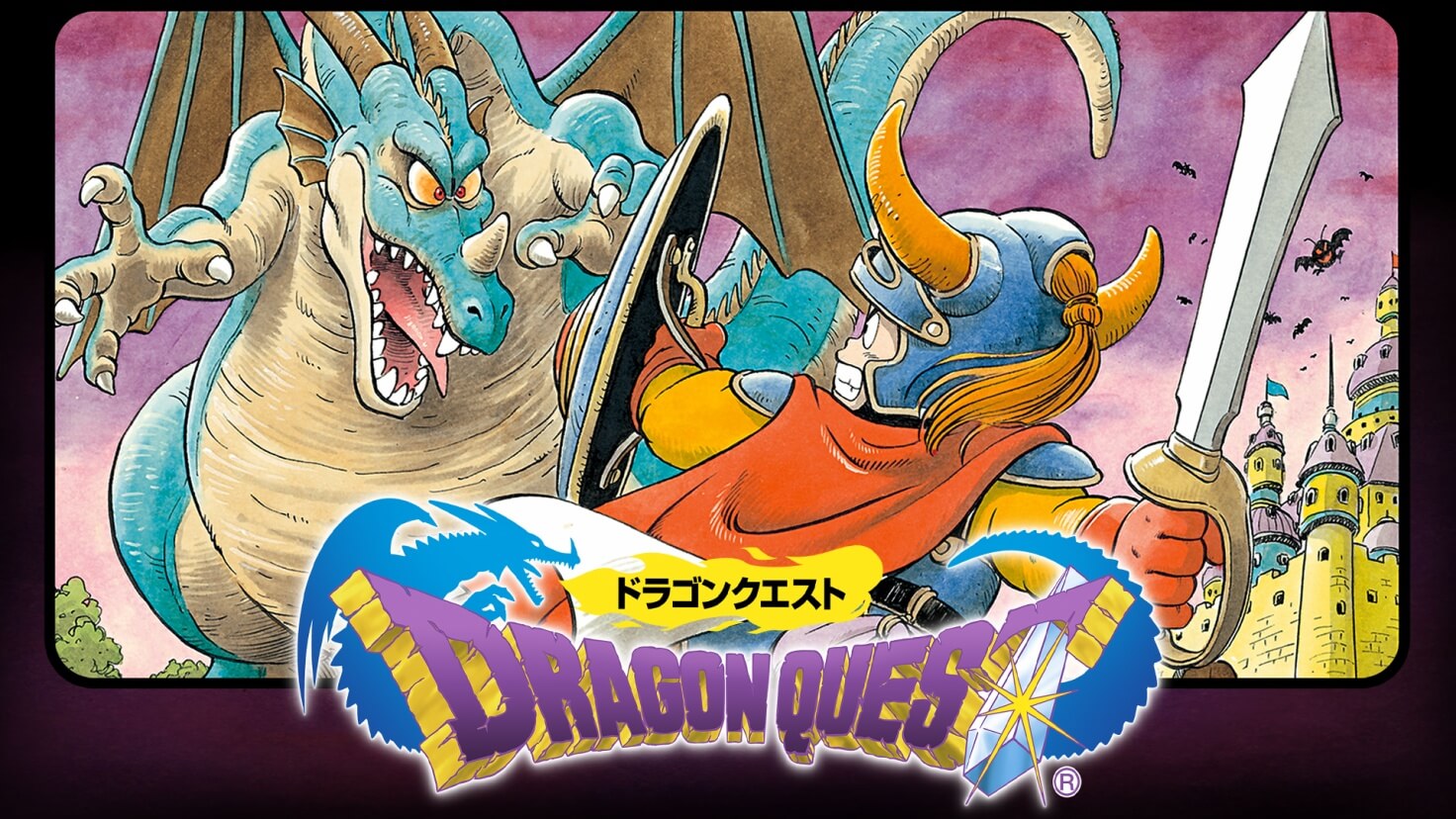 Back to the Beginning: Playing the First Dragon Quest!

You know this already, but I loved Dragon Quest XI! I loved it so much that as soon as I had finished playing it, I had to play the other games in the series. I decided a great starting place would be the first Dragon Quest (originally Dragon Warrior in North America). Thanks to some great luck, the iOS App Store had the games on sale because of the holidays. So I scooped up the first three games (known as the Erdrick Trilogy) for less than $12 total! What a steal, right?!

So today, I figured I’d skip ahead a bit and talk about my experiences playing that first Dragon Quest game!

I had missed the earlier versions of Dragon Quest. I was pretty young when it came out on the GameBoy Color, and my parents were still buying my video games back then. We didn’t have a ton of money, so the limited video game cash I got was spent almost exclusively on Pokemon games.

Playing the iOS version of Dragon Quest was a very nice experience. I am also absolutely aware of how much easier it is than the original version. The game itself is simple compared to modern-day RPGs, and it’s also very short. I 100% completed the game in just under 9 hours total. And to be fair, some of that time was spent hopelessly wondering the world while being too stubborn to look at a FAQ or use Google.

I did eventually have to use a FAQ to get myself out of an infinite loop, but we’ll get to that in a few minutes…

The story might sound familiar to gamers now, but at its original release, Dragon Quest offered a pretty enticing and fairly unique set-up: You’re the descendant of a great warrior named Erdrick. Once again, darkness returns to the land and monsters spring up everywhere. A Dragonlord is trying to take over the world, and you’ve been tasked by the king to save his kidnapped daughter, the princess, from the clutches of an evil dragon. It’s an interesting premise and one that has been copied countless times since Dragon Quest was originally released over thirty (30!) years ago.

But for a game that originally came out in 1986, when there were very few RPGs out there, Dragon Quest was revolutionary.

I couldn’t wait to play it!

No, I’m not talking about sexy dancing here, kids. I mean literally bumping into stuff and having to grind up levels to take on bosses.

The biggest obstacle to overcome, for me at least, was the use of Torches to enter dungeons and caves. It was a feature that I had never encountered in the series. Without torches, you’re wondering around in the dark–sometimes for what feels like forever–hoping to find a way back out. Until your hero learns the Glow spell, which illuminates the area around you for a fixed amount of time, you have to rely on buying Torches from shops and using them inside of dungeons and other dark areas.

On at least one occasion, I’m not proud to say, I entered a dungeon early on and got fairly lost after deciding (foolishly) that I could do it without a torch. My funds were low, you see, and I was trying to save up for a pretty sword. I couldn’t spare even the teensiest bit of gold on a torch. This resulted in my wondering aimlessly for close to an hour, bumping into walls and then bumping into more walls. And after an hour of bumping into walls, I finally gave up and reset my game. Thankfully, I had used the Quick Save function not too long before going dungeon diving. What can I say–it’s been a learning process.

As you probably already know from the header of this section, there’s a lot of grinding involved too. While Dragon Quest doesn’t have nearly as much grinding as its sequel (which we’ll talk about soon), it’s still a pretty good amount. I know most older JRPGs have a lot of grinding, so I was prepared. Playing on mobile helped a lot, too.

You can play DQ1 one-handed on mobile, which meant I could grind levels while giving bottles to my twin daughters in my lap. It meant I could play while riding in a car, waiting on my food at a restaurant, or waiting in line to checkout at Target. Full disclosure (and completely TMI), I totally played it while sitting on the toilet, too.

The grind didn’t feel so bad since the game was on mobile. I could chip away at it a bit at a time, killing monsters for ten minutes, or one minute, or an hour–however long I had at the time.

The Good, the Bad, and the Strange

I thoroughly enjoyed DQ1. However, I think I would’ve liked it less if it weren’t on mobile, and I’m convinced it’s probably the best way to play it–especially if you’re casually interested in the series. It’s easier than the original version, and it has a nifty Quick Save function. At first, I was determined not to use the quick save–to play the game by saving my progress with the king in Tantegel castle like the original game wanted you to.

But, honestly, my life is too crazy for that right now. I have a regular job and three young children (two of whom are preemie twins that require frequent doctor visits and physical therapy sessions). If I die in a game, I don’t want to lose three hours of progress. I don’t have a ton of free time, and being able to use a quick save helped me continue playing the game without having to overcome the tougher obstacles of an ’80s JRPG.

So what about the bad? There isn’t a lot. For a game of its time, Dragon Quest is pretty excellent. But, looking at the game from a 2018 perspective, I suppose there are a few frustrations.

Let me stress this–these complaints are completely from a 2018 perspective. In no way am I attempting to review this game. I’m just venting some of my personal frustrations.

My biggest frustration early in the game was the use of torches. Once I learned Glow, however, it didn’t matter at all. The variety of enemies are also very slim. There are probably thirty or so enemies in the game, including the variants. I love the enemies in Dragon Quest, so I was disappointed by how few of them make appearances in the first one.

My BIGGEST frustration, however, was the time I got stuck in the infinite loop of endless staircases in Charlock Castle. I wondered through this for about ten minutes, fighting powerful enemies along the way, until I decided to Google what the heck to do. Special thanks to Mike’s RPG Center, which was the first hit that showed pictures of maps. Without it, I would’ve been stuck in that place forever. I didn’t know the game had a infinite loop until I looked it up!

One of the things I love about the series is just how strange it is. Dragon Quest isn’t afraid to be weird and silly. This first game was no different. The funniest part, to me, was that after you rescue the princess, you can contact her at any time and receive affectionate simpering as well as info on how much experience you have left to level up. It goes something like this: “Oooh, ahhh, I miss you my, darling. Please return to me soon. I yearn for you. Beeteedubs, you got like 500 experience to go before you hit level 20. Peace out. Love you. K bye.” An exaggeration? Yes, but barely.

While DQ1 wasn’t as weird or silly as later games in the series, it still put a sloppy grin on my face on more than a few occasions. This one also didn’t seem to have many pun-based enemy names. And you know how much I like puns in these games!

Overall, Dragon Quest was a wonderful experience. Honestly, I didn’t expect to like the first entry in a series so well. It became one of my favorite games in the series so far. If you don’t own it already, you should grab the version I played. It’s only $2.99 in the App Store for iOS. You can find it here. And then let me know what you think!