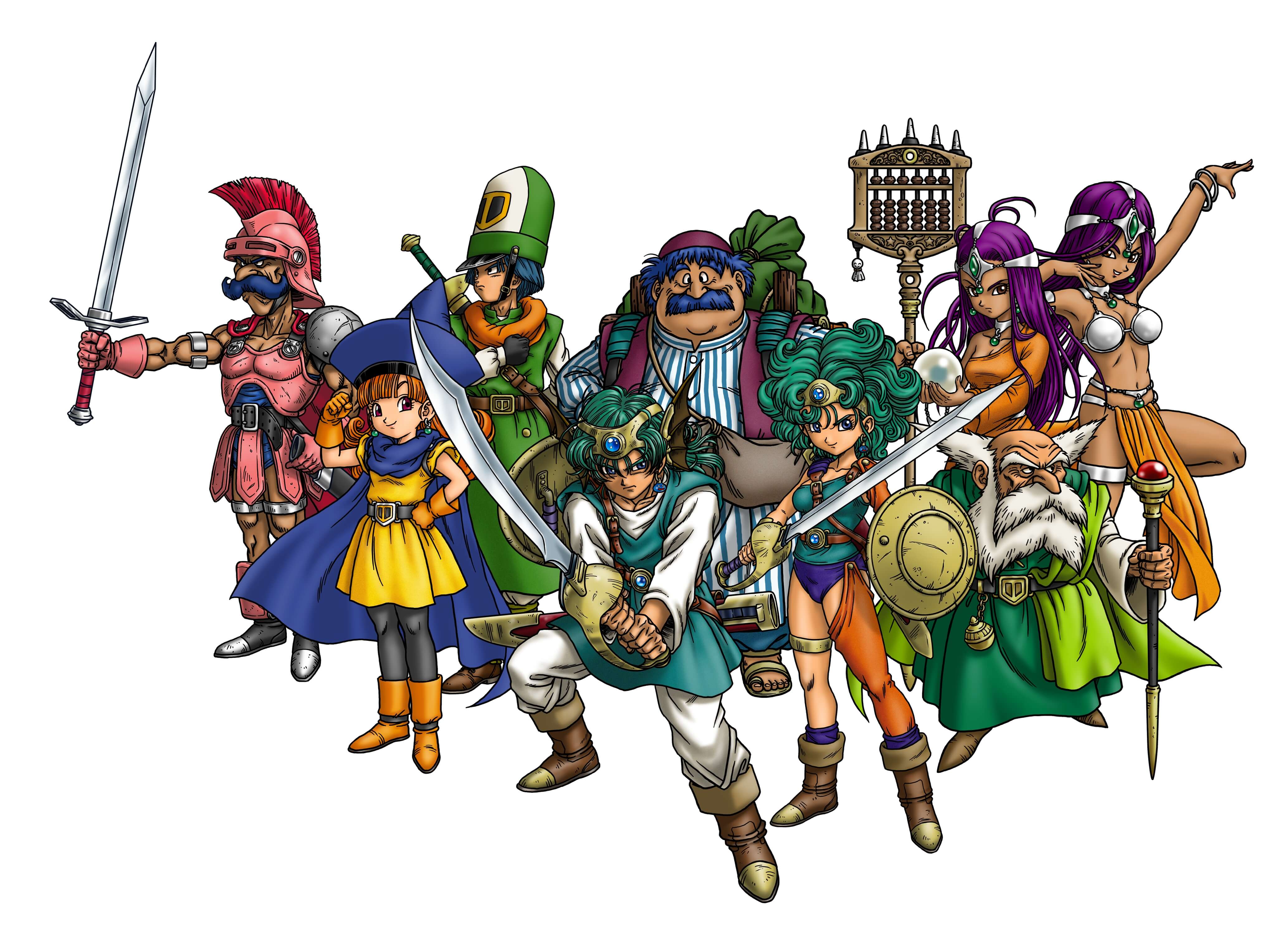 Dragon Quest IV (Ch.1): Ragnar McRyan and the Case of the Missing Children

This week, we’re talking about Chapter One: Ragnar McRyan and the Case of the Missing Children!

I know that title makes it seem more like a Miss Marple mystery novel set in England, but this game still has a high fantasy setting. I promise. No crime-solving old ladies are anywhere to be seen.

Ragnar McRyan is a warrior. He’s dressed like warriors in previous DQ games, only he’s got an impressive mustache and a thick Scottish accent, so we know he’s a main character this time around–and not just a playable job.

Although the game briefly opens with our Hero/Heroine, players are almost instantly thrown into Ragnar’s story. As Ragnar, a trusted knight, you’ve been tasked to look into the mysterious disappearances of local children. It’s a short quest, one that takes you into a couple of dungeons and towns.

Along the way, you can even befriend a nice healslime named Healie to help you out in battle. You might know this about me already, but I LOVE slime sidekicks in Dragon Quest games, so I was extremely excited to get to play with one for a while in this chapter.

For the most part, however, you’re simply playing alone as Ragnar. This can make it a bit challenging, but I liked the callback to the first Dragon Quest, where you’re just a dude in some heavy armor slaying monsters and exploring caves. Essentially, that’s exactly what you’re doing here with Ragnar.

The first chapter is super short. Even with a little necessary grinding, I still beat it in less than two hours. Think of it as a really fun tutorial. Only instead of reading through menus or viewing automated instructions, you just get to play through it and figure things out as you go. Otherwise, there isn’t a lot of substance to Chapter One. It’s a fun, somewhat easy and short introduction to a much larger game and world.

Don’t be fooled, though. The first chapter still hints at plenty of events to come. For instance, this is the first mention of the Lord of the Underworld, and we also hear of the Lord’s plan to eliminate the Chosen One before she/he can grow strong enough to ever defeat him. This last bit of news is what convinces Ragnar to explore the world and find the Chosen (after solving the mystery of the missing children, of course).

Before meeting up with Ragnar for good in Chapter Five, I also encountered him in Chapter Three, looking for the Chosen inside a casino. (Yeah, right, Ragnar, we see you looking at those bunny girls). I’ve heard he also makes a brief appearance in Chapter Two, although I must’ve missed him there.

Overall, I enjoyed the first chapter of Dragon Quest IV. I think the story and characters pick up a lot more in Chapter Two, but Chapter One serves as a good introduction. Besides, that mustache is a thing of beauty.

Next week, we’re moving into Chapter Two: Alena and the Journey to the Tourney!