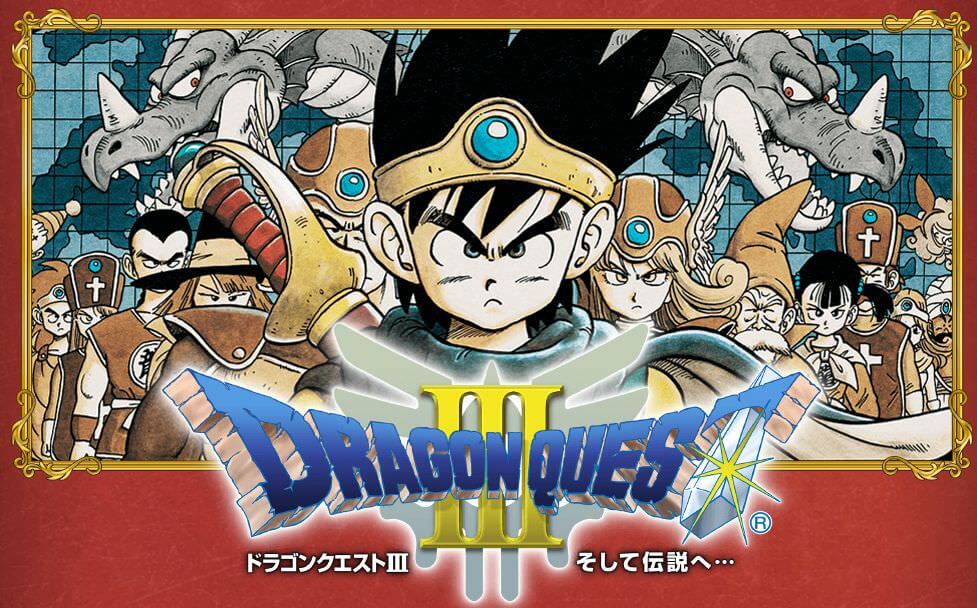 This week, we’re moving to Dragon Quest III: Seeds of Salvation! Just like with the first two entries in the series, I played this version on my phone. I was excited to finally get to DQ3 because it seemed to a be a fan favorite, and a lot of people told me it was the best of the Erdrick Trilogy (the first three entries in the Dragon Quest series).

Again, this isn’t a review of the game. It’s just me, talking about my frustrations and elations with this series. So, was Dragon Quest III just as good as everyone said it would be? Yes and no. The answer is a little more complicated…

Hiring Friends to Kill Stuff for You

The most enticing part of DQ3 for me was the job system. Much like in DQ1, you are a single hero who must defeat evil forces and save the world. However, you don’t have to go alone!*

*I mean, I guess technically you can play the entire game without hiring anyone to fight alongside you–but apart from being challenging, I personally find that kind of, um, not fun.

The job system works like this: you go to a bar, hire people based on their class, and then go around the world and treat them like regular party members. If you don’t like the jobs or people available, then you can go upstairs and create your own: you can choose the name, gender, and job–and you can also choose which five skills to boost at the beginning. These characters–just like the Hero–will be assigned a personality trait as well.

I really liked the job system in this game. In fact, I spent close to three hours* making my own characters, hoping for good RNG stats, and experimenting with which classes worked well together. For most of the game, I used a Priest (a healer), a Mage (a magic damage dealer), and a Warrior (a kind of tank/damage-dealer combo). This was also the party combo I used to take out the final boss.

*Three hours is an absurd amount of time to be doing that.

There were brief times when I used a Thief and Martial Artist, but I never stuck with them. For one short moment, I even used a Merchant (but we’ll get to that later).

One of the best parts about hiring these people: you don’t actually have to pay them anything. I guess they work for funsies? Or maybe for loot? I don’t know. Don’t read too much into it. Just rest easy knowing that you don’t have to spend precious gold getting these nice folks to fight for you.

Some NPCs aren’t available until nighttime (when they get off work), and some only show up during the day (when it’s safer to be outside). The enemies also get more challenging when night falls.

Honestly, I was impressed by the day/night cycle in this game. Thirty-one years ago this was revolutionary! It seems like every video game has a day/night cycle now. Other video games, please mail your thank you cards to:

I was intrigued by DQ3 from the beginning because it wasn’t in the same world as DQ1 & 2, despite being a part of the same trilogy. I guess I could’ve Googled it to see what was up and get some spoilers, but where was the fun in that? So, I set off on my journey to discover new lands with new friends.

The first part of Dragon Quest III is pretty easy. There were a few times I got a little lost, but overall I enjoyed exploring these new places, diving into approximately 100-times more dungeons than the first two games (and that’s only a slight exaggeration), and leveling up my crafty new friends-for-hire.

By far, my favorite part of exploring came late in the game. It’s when you finally awaken the Everbird/Ramia/Lamia (there’s a lot of versions out there, and different versions have called her different things). In this version, it’s always Everbird or Ramia. Ramia is a gorgeous, giant bird that you can ride around the world, and I love her.

Of the three games in the Erdrick Trilogy, Dragon Quest III felt the most magical to me. The towns are all fairytale versions of countries in our own world–there’s Jipang (Japan), Soo (as in Sioux Native Americans, because the place is basically North America), and Eginbear (Scotland) to name a few.

A lot of towns have familiar fairytale and folktale tropes–everyone is suffering from a curse, people are turned into animals, there’s a magical egg, there’s someone named Robbin’ ‘Ood, and so on. DQ3 seems to be the earliest sign that the series was fully embracing all of that classic fairytale goodness.

Despite having to grind quite a bit (and we’ll get to that later on, too), I really enjoyed Dragon Quest III. For the most part, Enix seemed to have worked out the kinks that made DQ2 an often challenging and boring grind. The AI is a lot better, too, and the job system is a much-welcome addition. Still, I feel like I had to grind levels much earlier in this game than I did in DQ1 or DQ2, and for much longer periods.

I didn’t have nearly as many frustrations with this game as I did with its predecessor, but I think I died more. One of the first bosses in the game (who we’ll get to next week) completely obliterated my party, and I had to grind for several hours before taking him on again. Since I was playing it on mobile, this meant I could chip away at it a little bit at a time without getting too stressed or overly bored.

The only other problem I had early in the game was figuring out where to go. I don’t remember having this problem with the first two entries nearly as much. I think I spent several hours in the completely wrong direction before finally looking it up. The enemies weren’t too difficult, so I assumed I was meant to be there. But it meant wasting a lot of time and not advancing the story very much.

To be fair, these problems may have occurred from being more distracted than I was when playing the first two games. I had just finished up a month-long vacation back home in Tennessee (where it was winter and I could sit inside and play video games all day) and was now back in sunny Florida and playing catch-up with my job. Also, I had two fourteen-month-old twins climbing up and down my arms, and a two-year-old running around. It was literal chaos.

If you don’t have such distractions, then maybe you won’t have these problems.

Overall, I enjoyed the first ten hours or so in Dragon Quest III, and my early impressions of the game were fairly accurate to how I felt throughout the whole thing. There were some surprises along the way, too, which I can’t wait to talk about in the upcoming weeks!

You can find the iOS version I played right here for just $9.99. I was lucky enough to grab it on sale during the holidays, but I think $10 is still a good price for a 30+ hour game.