**Disclaimer: This review mentions some basic plot points for Godzilla vs. Kong, but avoids any major spoilers.**

After seven years and four movies, Legendary Pictures’ “Monsterverse” (the studio’s term for its giant monster cinematic universe) comes to a close with the release of Godzilla vs. Kong. After a relatively grounded first entry with Godzilla (2014), the Monsterverse has since had a bit of tonal whiplash, though each entry features fantastic monster action.

2017’s Kong: Skull Island was a fun period adventure film focusing on a younger, smaller Kong guiding humans through his home turf. 2019’s Godzilla: King of the Monsters took things back to a gigantic scale with Godzilla facing off against several of Toho’s more recognizable monsters. All three movies faced various criticisms over the balance between monster action and human drama. Godzilla vs. Kong attempts to simplify things with a heightened focus on the monsters, and it largely succeeds. 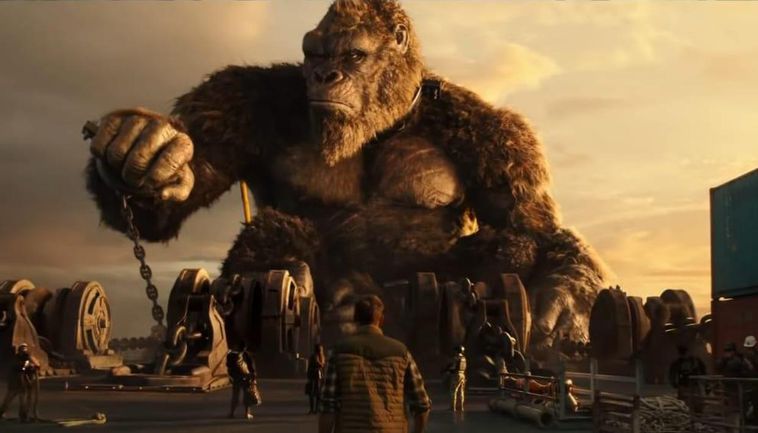 Set five years after the events of Godzilla: King of the Monsters, Godzilla vs. Kong introduces us to a much older and larger version of the giant ape. Trapped within a containment facility on Skull Island, the discontent monster finds solace in the company of a young girl named Jia. Jia is the adopted daughter of one of the scientists monitoring Kong. She is a deaf and mute Iwi native but learns to communicate with Kong using sign language and keeps him firmly on humanity’s side, despite his imprisonment.

The major goal in keeping Kong in a containment facility is to keep him safe from Godzilla. As the last remaining active Titan, Godzilla’s apex predator instincts would lead him straight to Kong and a battle for dominance. The movie sadly glosses over the fate of the surviving Titans from the previous film. (I feel your pain, Rodan fans!). Godzilla makes things more complicated when he attacks a facility owned by Apex Cybernetics unprovoked. It becomes clear that Kong is the only thing that can stop him – but not without a little assistance. 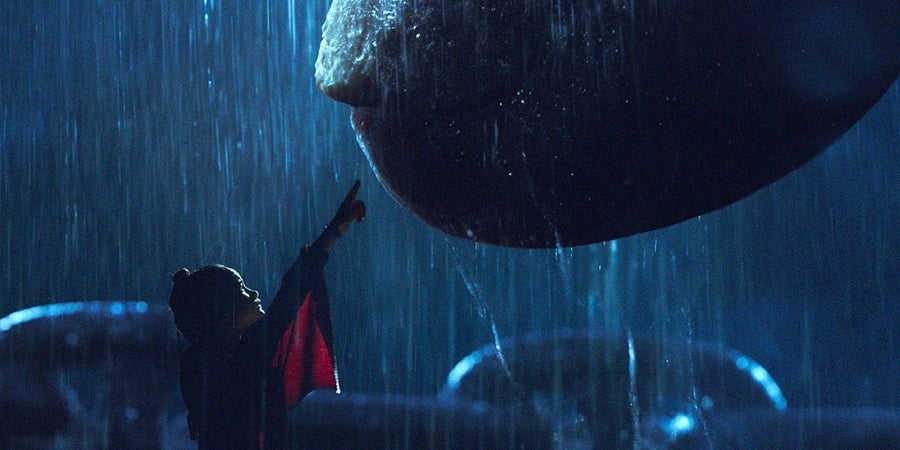 Lizards and Apes and Tropes, Oh My!

The majority of the film focuses on one group of humans transporting Kong to his ancestral homeland while another (led by Millie Bobby Brown’s Madison Russel) attempts to unravel the mystery behind Godzilla’s sudden change in temperament. We don’t see any real character development in either group. However they do their job in guiding the monsters from one epic action set piece to the next. There are also some nods to classic Toho monster movies, including some unexpected parallels to 1967’s King Kong Escapes.

The barebones narrative is driven forward by a cavalcade of tropes, including a shady tech corporation, a well-meaning conspiracy theorist, and a shamed scientist out to prove his outlandish theories true. The humans are more plot devices than characters, and honestly, that’s just fine in this sort of monster movie. Aside from some moments where the humor falls flat, the human characters are unobtrusive and do a decent enough job of earnestly delivering silly lines like, “Kong bows to no one.”

Action Fit for a King

Now that we’ve gotten that pesky plot out of the way, let’s talk about those action set pieces! The action scenes in Godzilla vs. Kong offer some of the finest and most creative monster action ever set to film. Each of the title monsters has its own strengths and weaknesses, which are conveyed through some imaginative choreography. Kong is an agile and versatile monster who cleverly uses the environment to his benefit. Godzilla has aquatic superiority and is a massive, night-immovable force that can devastate his opponent if he can just get close enough.

The action is clearly composed and always easy to follow, though director Adam Wingard (You’re Next, The Guest) provides a handful of gleefully dizzying shots to keep things interesting. There’s real weight behind every haymaker punch and claw swipe. It is a true joy to watch two of cinema’s most famous monsters fight each other repeatedly throughout the movie.

The settings are varied and add immensely to the excitement. Whether the monsters are battling atop aircraft carriers or between skyscrapers, the environments are always used creatively. In particular, it’s a joy to watch Kong using the neon-drenched Hong Kong setting to perform parkour-like maneuvers to dodge Godzilla’s attacks. The fight scenes are paced well throughout the movie. Things never get too bogged down by the relatively bland human interactions. 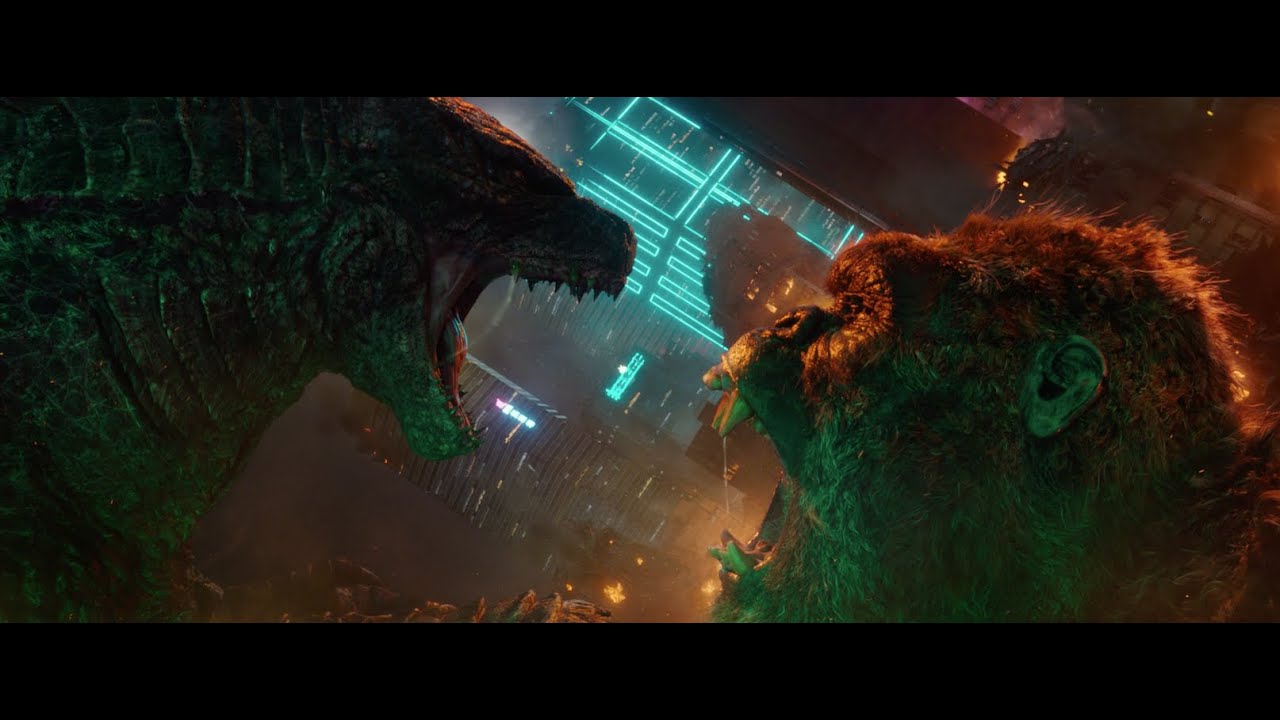 Godzilla vs. Kong is exactly the movie I wanted it to be. It’s big, dumb fun without being insulting to the audience’s intelligence, and treats the monsters with the reverence they deserve. Fans of both Kong and Godzilla have a lot to enjoy here, with each monster having its time to shine. That being said, by the time the dust is settled after the fight between the title monsters, there is a clear victor. Be sympathetic to your fellow monster movie fans if they’re upset over who loses. Don’t spoil a single thing about the climactic battle!

This is the sort of Hollywood blockbuster we sorely needed in 2021, and will please fans both old and new. Whether you’re watching it at home on HBO Max or able to safely attend a theatrical screening, it’s a wonderful two-hour distraction that will make you feel like a kid again. If this is truly the end of the Monsterverse, then at least it went out on a high note. And if you just can’t get enough of these giant monsters, we’ve got you covered!