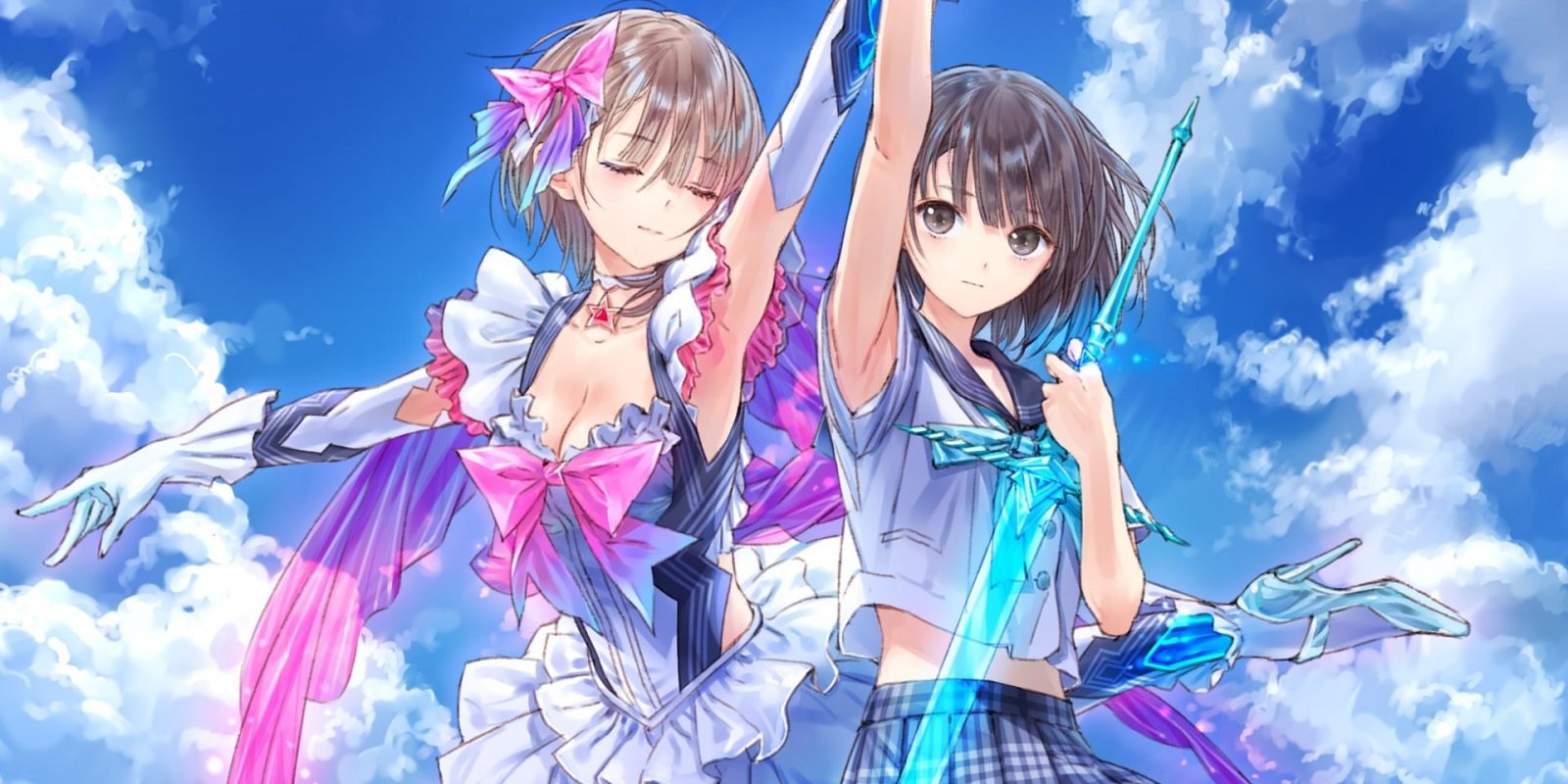 The original is available on Playstation 4, Vita, and Steam.

Boy do I not know how to feel about Blue Reflection: Second Light.

As a rule of thumb, I try not to get too judgmental about a story before it’s actually come out. Or, at the very least, not to be overtly pessimistic about it.

After all, among the many life lessons Scott Pilgrim holds for us:

That’s a lot harder to abide by with a sequel, of course. When you go to a Marvel movie, you mostly know what you’re going to get. Everybody feels safe buying the new Mario Kart because, well, it’s Mario Kart, and that formula ain’t been broke for nearly thirty years now. And I know that I can personally ignore Xenoblade at this point, which is a load off my brain. For better and for worse, once a series establishes an identity, they become a pretty safe bet.

Except when they intend to swerve.

I had deeply conflicted feelings about the original Blue Reflection; in fact, it was the thing that prompted me to start blogging about stories in the first place.

On one hand, its soundtrack and art direction are stunning. It re-thinks the JRPG formula in a way that almost completely eliminates the need for grinding. And it re-packages the warm-and-fuzzy boding experience of Social Links so that you can’t accidentally lock yourself out of story content. All-in-all, it’s such a lovely little send-off for the Vita’s library of JRPGs and visual novels.

And it also contains distracting amounts of fan-service.

Not that Gust Co. is otherwise above that sort of content – just peruse some of the character designs of their powerhouse Atelier franchise. But in this case, their dollish framing of the main characters was omnipresent, and its gameplay systems would actively encourage the player to participate in sharing that view.

It was a game I actively felt uncomfortable playing at times.

Which is a shame, because there was so much else going on in Blue Reflection. Ideas I’ve rarely seen tested elsewhere in the genre. And, no, its leery gaze wasn’t the only hiccup in its system, but it’s the only one significant enough to keep me from recommending it to people.

In fact, I could imagine a version of Blue Reflection with those elements shaved away, which would shoot it straight into a “personal favorite” category.

And, just maybe, so can the developers.

Just this last week, I was pointed toward an interview by our resident streamer CapsuleJay. Reading it will help give context, but here’s the three-line summary:

Mel Kishida, character designer for Blue Reflection, acknowledged that fanservice-focused content is falling out of favor, particularly among U.S. audiences. He noted that Gust’s developers felt the same way, and want to be more gracious in how they show off their characters’ appeal, while admitting how design often follows consumer demand.
The article’s author also suggested that this content was much less present in their experience with the game so far.

Which, on the surface?

It shows self-awareness, and a willingness to change their approach in a way that doesn’t sacrifice their better intent.

And, to my pleasant surprise, the published gameplay footage so far actually reflects that. That uncomfortable framing isn’t completely absent – you can still slay monsters in a finely-modeled two-piece swimsuit – but maybe that shows how they’ve dialed those elements down rather than swept them under a rug. “Not gone, but no longer in-focus” is so much easier to believe than a complete about-face, after all.

But, to look a gift horse in the mouth?

Mel Kishida may work consistently for Gust, but I doubt that he’s the sole vision-maker for the game’s presentation. As he himself noted, player demand is still king, so marketing numbers could still push them to flaunt their character models. After all, you can still buy a version of the game that comes with a pretty conspicuous poster. And though I haven’t seen anything egregious from of the marketing so far, the internet age has finely-honed people’s sense for video editing. It’s far from difficult to to work around elements that would put off potential buyers.

Reflecting on the Past

So, outside of Blue Reflection itself, what other evidence do we have toward where Second Light might actually land?

Kishida himself worked as a lead designer on Hanasaku Iroha, a series where the women-centric cast has an abundance of agency over their own identity, particularly its young adults. In the Red Data Girl series he designed for, the characters’ designs border on pragmatic despite the embellishment inherent to his art style. Someone perfectly willing and able to splash some cold water on the series’ art direction, as it were.

And here’s where I have to admit that I’ve never played an Atelier series game, despite knowing full well that I’d probably adore their combination of “collect-a-thon” and “fluffy JRPG” stylings. But, if you look in the right places, you can see how its designs are geared toward character appeal over simply “showing skin”.

…but other recent games from Gust, namely the breakout hit Atelier Ryza or recent IP Nights of Azure? They don’t look too far off from trailers for Second Light – while they’re pretty indulgent in their character designs, that doesn’t seem to infringe on the moment-to-moment of delivering a fun video game. They certainly don’t match how Blue Reflection have separately-rendered models for when its characters’ shirts get wet, at least.

So do I trust the marketing for Blue Reflection: Second Light? That live human beings on the team want to change how they present their characters, and that the footage we’ve seen so far avoids those worse trappings?

Or do I trust the experience I actually had with this property? That the original Blue Reflection cut out its own legs for want of getting eyes on the screen by hook or by crook?

I honestly don’t know. In the last five years, we’ve seen some of the biggest series on the market completely re-invent themselves, while others double-down on the safe choices that let them succeed in the first place. And while tons of attention go toward high-budget blockbuster games and indie darlings, it can be much harder to chart a trajectory for studios like Gust who land in the middle and have that space to change direction – or may need to play it safe to scrape by.

In short, I don’t know what they’ll do.

My brain sorts so many games in one bin or another, whether or not I do so consciously. I’m sure I’ll play the new Metroid eventually, I intend to snap up Rune Factory 5 on day one, and so on. But I’ll be paying close attention to Blue Reflection: Second Light.

The potential is there.

For better and for worse.