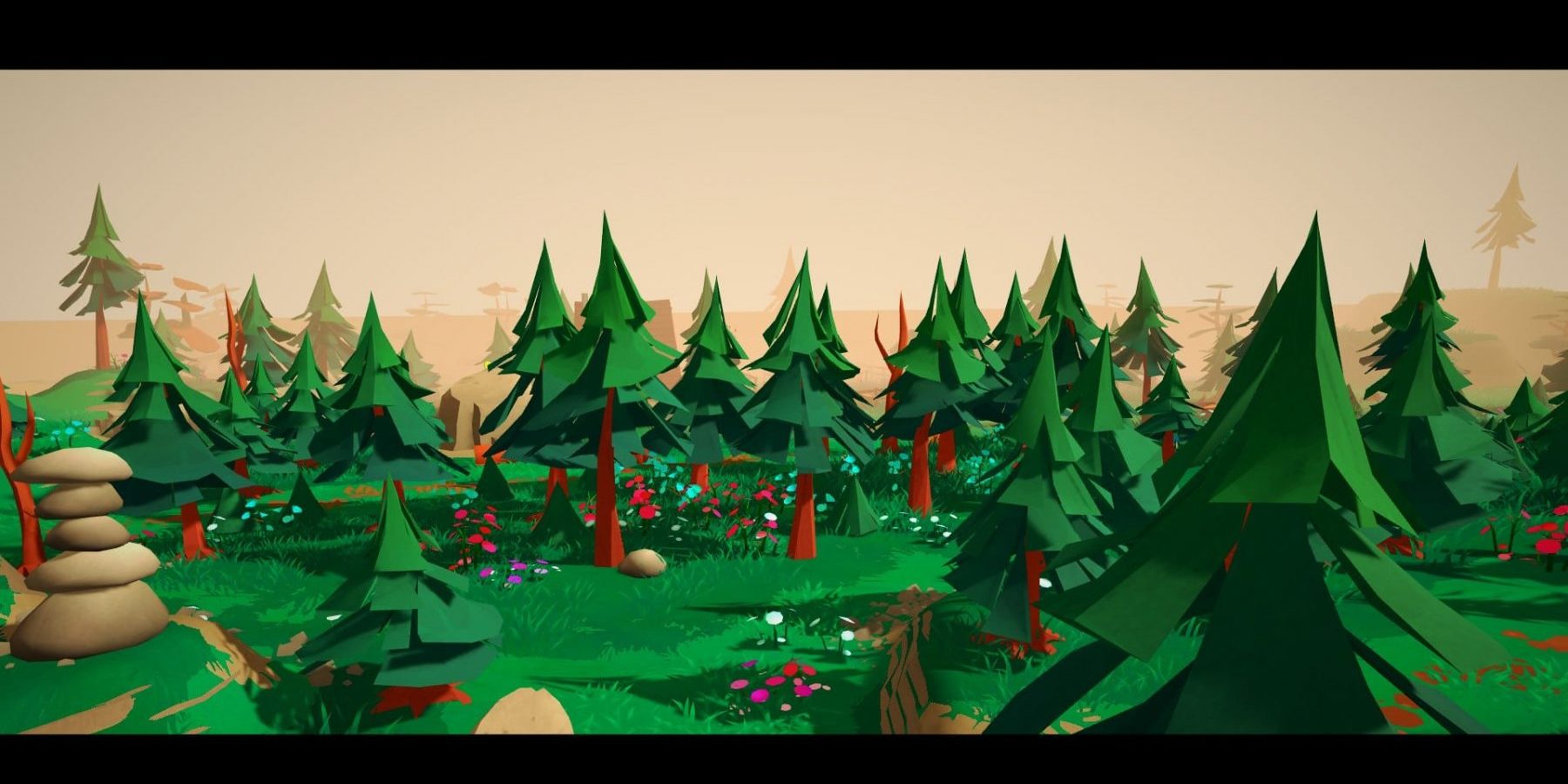 Haven Park will be available on Steam, itch.io, and Nintendo Switch on August 5th.

A code for this game was provided by Fabien Weibel of Bubble Studio.

I’m a bit of a persnickety person.

This is the polite way of saying “I’m so hellbent on cleaning that a host often has to ask me to please sit back down at parties”.

On one hand, I’m well aware that this makes me horrible to live with. Mismatched standards are a leading cause of roommate-divorce, and my standards are, admittedly, unrealistic for a lot of people. Not everybody sets calendar reminders to vacuum their baseboards.

On the other hand, this means that a lot of games lend me an easy hook. I’ll spend hours re-organizing boxes of Pokémon or retaking a snapshot until I get it just right. Thank goodness Animal Crossing only gives you so much to do per day, because I need the rest of that time to shuffle my tulips into a perfect pattern.

As much as I love a mechanically-crunchy or story-laden game, as often as not I’m just looking for something to roll up my sleeves and do.

And Haven Park might fulfill that need the most perfectly of any game I’ve played this year.

Haven Park is, at its core, a game about fulfilling tasks.

After Flint’s grandmother sends him off with a soft story and softer words of encouragement, there’s not really a strong through-line to the game. You’re pointed in the direction of the nearest campsite, told you’re the new groundskeeper, and… that’s it.

All your guidance comes from the checklists in your in-game journal and the sticky-notes for each campsite.

It’s kind of funny, really – our real journals can be incredibly personal, meant only for ourselves. Maybe we share them in the form of a memoir, but by and large, you should be the only person writing in your own journal.

But in the vast majority of games, your journal is chock-full of things that other people put there. Fetch me this artifact. Slay these goblins. Rescue the townsfolk. It’s all stuff that we as the player want to do, sure. But at the end of the day, it’s all homework assigned by somebody else.

In Haven Park, the only person writing in Flint’s journal is Flint.

He might pick up on a letter he found on the ground, or jot down that juicy gossip he heard about buried treasure. But few campers will actively asks him to bring that treasure back for a tasty reward. That’s up to him to chase down.

You could just walk him off into the woods and never speak to another soul.

Really, the only reason to even engage with the park maintenance at the game’s core is a sense of obligation to a literal old bird the player met two minutes ago.

But there’s no task more meaningful than a self-driven task.

Granted, the game does push back in some ways – the campers always want their campsites a bit more crowded with amenities than I’d personally prefer. I’m kind of a minimalist camper and all.

Still, that’s compromise, isn’t it? Pushback is healthy; it adds a wrinkle and forces me to rethink how much space I want to live between this tent and that. It’s not like they’re being that picky, after all; I could just dump a few torches around and call it a night.

But that’s hardly something I could take pride in. And so, I self-assign some more busywork and roll up my sleeves.

And, aside from that one time I accidentally broke somebody’s toy boat, that’s really the extent of the conflict I’ve seen in the park.

Games will often use dark forests to unsettle you or serve as a den of scary beasties. And for a game absolutely teeming with animals, you’d expect at least one of them to be a bear or a mountain lion. Even as a teeny-tiny fake-out.

The woods don’t threaten you at night. Rather, they offer you a sort of solitude. To wander while everybody else is asleep, and to keep on top of your busywork. Track down some driftwood. Get back to that site you haven’t visited in a while. Leave the campers a new picnic table like a Woodland Santa Claus.

There’s always something to do, none of it that pressing. You can’t really fail, after all. You just take longer to get to where you want to go and what you want the park to eventually look like.

Getting there, bit by bit, as you cross little tasks off your mental list and add more when you see them. None of them prescribed, all of them personal in their own little ways.

Those personal tasks have been welcome now more than ever. No points for guessing why; we’ve all been staying at home a lot more than normal over the last… very many months.

It’s getting better all the time now, of course. I’m getting back out into the real woods and pitching real campsites with real people again.

But we’re certainly not “back to the way things were”, and frankly I don’t know that we ever will be. Maybe we shouldn’t be.

That’s going to keep things a little bit more insular for some of us. We might need to work a little bit harder to find self-contentment.

Even and especially if it’s in doing small things.

For ourselves, for others, for the digital cat who asks for a radio to distract her.

Sure, you could read Haven Park as a set of checklists. But that’s hardly generous to a game that, above any and all else, provides me such an distinct sense of catharsis.

And really, that’s what hits the spot for me right now. Not some grand escape or violent release or even some dazzling new never-before-seen feature to distract me; just simple, individualized, catharsis.

What better place for it than at the park?