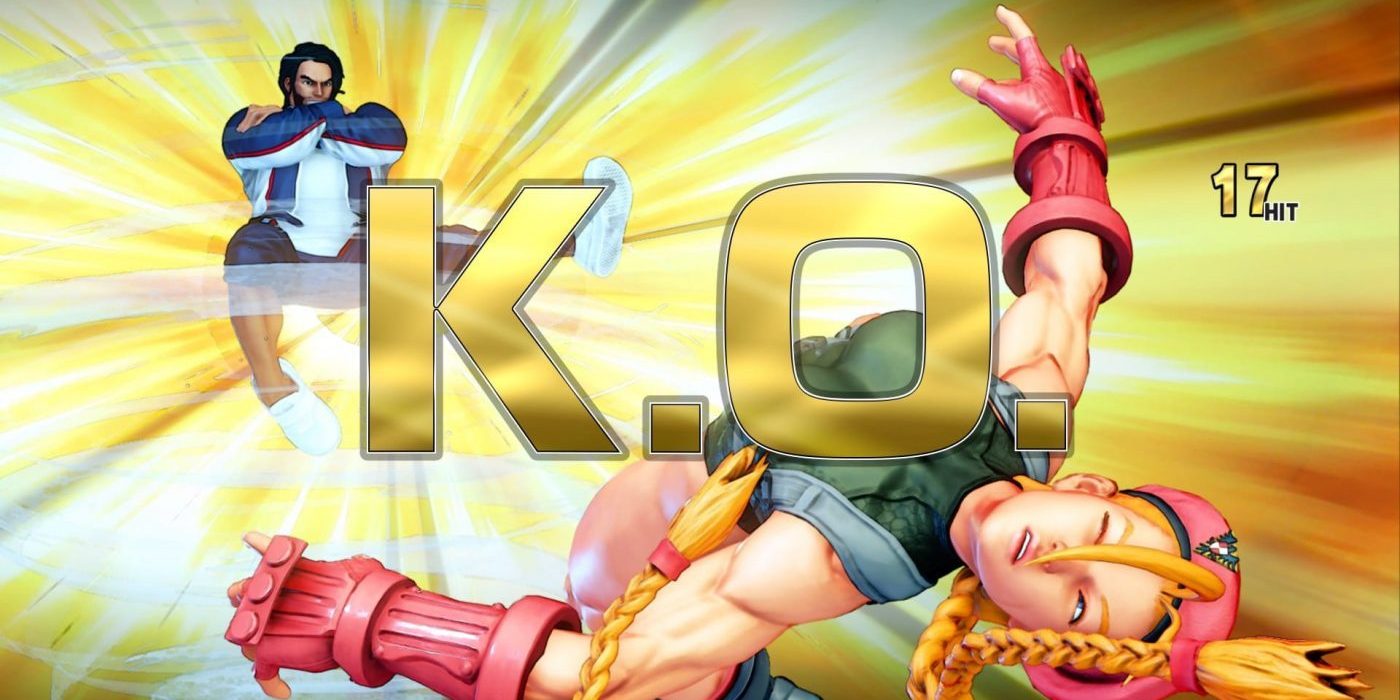 Street Fighter V is available on PC and Playstation 4.

Granted, just about anybody who plays them short of a professional will tell you the same thing. But even within the legions of self-admitted “trash” players, I’m pretty low on the pole.

In a sense, it’s helpful to know that everybody is of the same mind. No matter how much you practice, you’ll almost always still take your licks almost as often as you dish out knockouts. That Ken who just skunked you two rounds to zero is struggling, too. On the other hand, that Ken who claims to be struggling just skunked you two rounds to zero. If he claims he’s not that good in the scheme of things, where does that leave you?

Looking for a sense of scale.

I just committed to playing ranked matches in Street Fighter V last week. Usually I’m apprehensive to play anything competitively, especially when there’s a system keeping a permanent record of every single loss I ever take. It’s just not a great feeling to look at concrete evidence of the magnitude to which I suck.

But what did that cartoon dog say? “Sucking at something is the first step towards being sorta good at something”?

And I’m not going to get there just by hammering on a training mode for twenty hours.

So I ripped that competitive band-aid clean off, and started matchmaking against people who were in theory about as experienced as me.

Once I did, I took the next match, too – so it wasn’t a fluke. It’s just a snapshot of how regularly I get thrown on my back, even against people who clearly haven’t won a ranked match yet, either.

And, luckily, I can live out those defeats as often as I need to – thanks, match replays!

But ultimately, that’s more helpful than embarrassing for me. I get to look back at myself from the third person and see exactly where my personal shortcomings are. How I get antsy and push my luck, how I rely too much on special moves, and how I generally just need to slow way down. It’s the kind of self-assessment that you oh-so-rarely get from other venues.

Feeling terrible about the state of things isn’t terribly productive.

Recognizing how and why you’re terrible is incredibly productive.

It’s kind of why I love Street Fighter V as a game to learn with.

Bear in mind, all of this is the impression of somebody who’s played, at most, twenty hours each of half a dozen different fighting games recently. I bounce between them a lot, which certainly isn’t ideal for getting good at any given one of them. But it does mean that I’ve been hands-on with as many different approaches to the genre in short order.

And Street Fighter V seriously pushes me to learn the fundamentals well.

It’s in this weird spot where people still more than halfway down the rankings can keep me from getting a single hit yet, even if I do occasionally win a single round off those same players. Everybody moves more deliberately, combos are usually over in three or four moves, and there are just more opportunities within a single round to calm down and re-try my approach.

Improving overall isn’t about memorizing long combos and flashy technical moves. Certainly not at the beginning at least.

And yes, that sounds patronizingly obvious in a vacuum. But finding a game that actively rewards that kind of play feels so, so important. At the very least, it’s miles more encouraging than other, flashier fighting games where a reasonably-skilled player can absolutely suffocate my ability to get a punch in edgewise.

Getting absolutely destroyed is crucial to the learning process, but only if you actually get enough opportunities to even try breaking that cycle. And depending on the pool of people I play against, that just doesn’t ever happen.

Sure, Street Fighter has a longer history, so I’m potentially going up against people who have been trying this for years – or over a decade. Bit-for-bit, the whole community is way better than I am. But with the more deliberate pace of the game, I can at least clearly win an exchange here or there. Those tiny victories make the whole kit and caboodle feel less insurmountable than it maybe is, which is massively encouraging. If I’m getting better, there’s morsel-sized feedback instead of taking another 1% off the other guy’s health bar on average.

And that keeps me on the horse way longer than a flashy game that’s fun to look at but hard to actually find my footing in.

Like I said way above, I’m not a super-competitive person. From the outside, then, it seems like I have no business playing fighting games at all, let alone one as associated with tournaments as Street Fighter.

But ultimately, winning isn’t the point of winning for me, so to speak.

It’s the same reason why I’ll throw myself against the Alatreon ten times in a row in Monster Hunter. I try, I win some, I lose some. Ultimately, I get better. It’s just that fighting games give me a yardstick against other, dynamic humans instead of just a predictable computer.

But for that yardstick to be useful, it has to be to the right scale.

Which is why we play together on Tuesdays.

Every week for a while now, just a few friends and I have been playing fighting games together one night a week.

It’s very imperfect, because so are we. Most people I play against online would probably mop us up. But even within that small pool, I’m still losing more than I win, and we’re close enough in skill that I get always chances to experiment a bit.

“Am I even getting better?” isn’t the same stifling question within our little pod. It’s “how can I act better in this situation?” It’s the same reason why you don’t hand your five-year-old nephew a Devil May Cry game on hard mode. You have to pick your arena where you can actually get a foothold in the first place.

And right now, I’m just trying to take a single game off our resident champion when he’s playing somewhat seriously.

Maybe it’s not aiming that high in the scheme of things.

But that’s at least a point I can maybe, eventually reach.

And it’ll be concrete evidence that, for all my efforts, I’m actually getting somewhere.