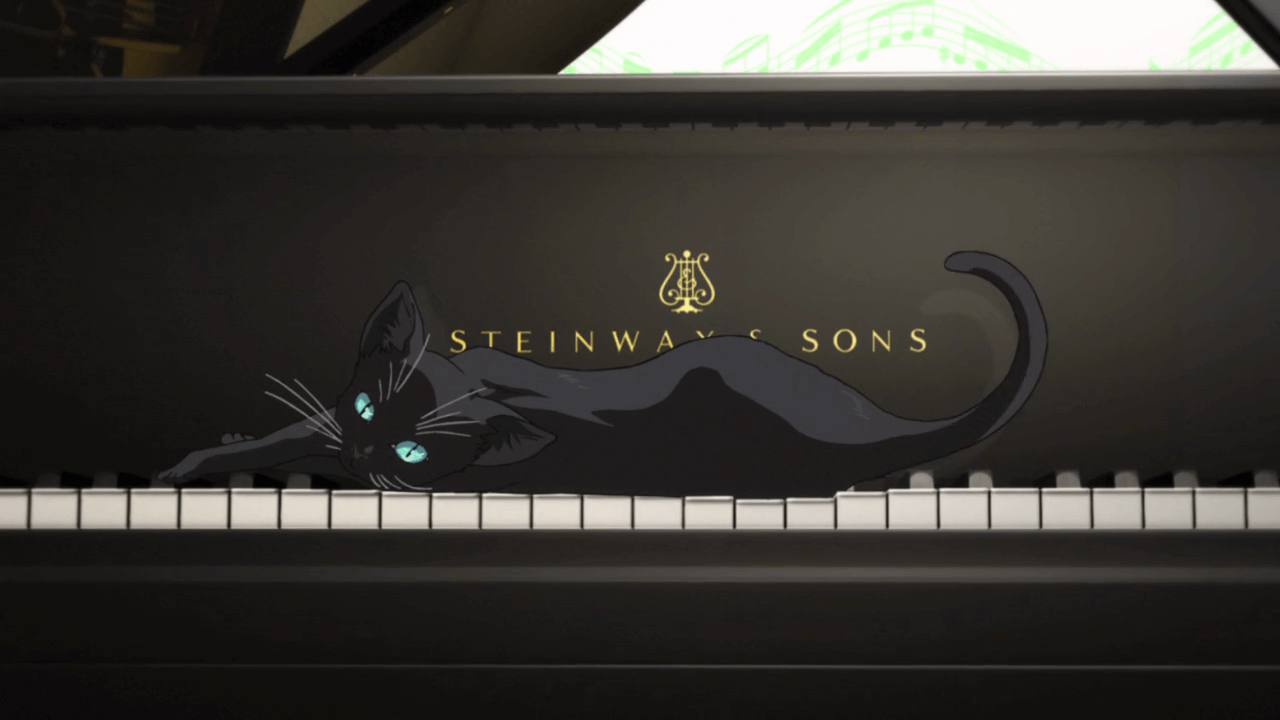 [Keywords] Your Lie in April and Flags

Your Lie in April is available on Crunchyroll, Hulu, Netflix, or any shop that carries manga.

Note up front: this article will absolutely discuss the ending of Your Lie in April. If you prefer to go into your fiction entirely blind, then go read or watch it and come back. Not because I’ll give away anything particularly surprising; just because it’s a fantastic series. Go ahead. I’ll wait.

The kind of people who read media blogs are, on the whole, the kind of people who consume a lot of stories to begin with. And once you take in enough of them (probably by the time you’re in middle school, really), you start to see certain patterns that keep showing up. Like spotting cracks in an overloaded dam, you can tell where a character arc is going before it’s halfway through. Sometimes it only takes the first five minutes of them being on-screen.

In video games, there’s a related term called “flags”, which are an internal way that a game tracks the concrete pieces of seemingly-abstract objectives. As a simple example: if you haven’t beaten the Pewter City Gym in Pokémon Blue, an annoying kid will block the only route out of town. However, if and when you do beat the gym, the game will toggle an “event flag” which causes the game to change state: the little booger moves out of your way.

As it relates to stories, the most direct analogue is in a plot or scheme. As a parallel example: in A New Hope, the heroes need two things to be true before they can leave the Death Star (i.e. they need to set the following “flags”):

These things tend to break down into patterns. A repeat role-playing-game player knows that a broken bridge typically suggest that there’s a nearby town with a sidequest to fix it. Likewise, once you see a certain kind of plot play out enough times, you notice the individual pieces that are used and re-used to build that plot. Only a doomed officer announces that he has three days left until retirement. In any “never found a body” scenario, the supposedly-deceased is 99.9% guaranteed to turn up alive later. It’s like foreshadowing, but in a way that’s become deliberately obvious to the audience.

And, to be honest, Your Lie in April feels like the last of these three a lot of the time.

We get whiffs of this as early on as the first episode. Our protagonist and perpetual downer Kousei is deeply haunted by a character who is already dead, so from the get-go we’re poised for the show to put that topic front and center. We see his polar opposite, Kaori, driven to act and perform with a spirit that no normal teenager has… and who nonetheless physically collapses at the end of the pair’s first joint performance.

It only gets more thuddingly obvious from there.

Sure, the show is going to give us a few spots of hope to point in the other direction. She skips back out of the hospital an episode later with her usual exuberance (and again later, with less exuberance). Her many therapies are showing progress (until they don’t). And in the final act, she rolls the dice on a restorative surgery (which is less than restorative).

But in the end, the show sticks to the same road that it was always leading you down. Between her heavy medication and the assistive railings in her home (signaling a chronic condition) down to her Pollyanna behavior swinging too easily into suicidal thoughts, she was always riding this track. And, in case that wasn’t enough, she reverently quotes the wishy-washy Charlie Brown, whom no happy person should cite as a role model.

In short, Kaori is flying more flags than the Parade of Nations.

So, with a huge part of Your Lie in April hinging on the relationship between these two characters, and knowing pretty clearly how the story will end (tragically, with her in a hospital), we read and watch the story anyway.

The series itself even takes the position that the audience knows this number already. We never see or learn the exact specifics around Kaori’s death. The story is perfectly content for that to happen off-screen; it lets us know through an (un-subtle) visual metaphor, then promptly jumps some months ahead.

Because, for all her charm and strength of character, the show isn’t really about the death of Miyazono Kaori itself. Rather, it’s about the process of her death, and how it affects people on both sides of the equation. It spurs her to keep people at arm’s length while somewhat-selfishly forcing herself into their lives at the same time. It leads Kousei to reflect on his own self-worth and aspirations, and how he allows loss to affect him. And it leaves certain supporting characters with the problem of how to fill her shoes when she’s gone – and whether they even should.

And to communicate all that effectively, the show can’t exclude the audience from its premise until the last ten minutes of the show.

Now, obviously this isn’t the way to go with all stories. Mysteries and thrillers want to play things close to the chest. Many dramas thrive on showing how how people react to unexpected stresses. But there’s value to be had in keeping the audience clued in on a story’s trajectory at times. If you know your destination ahead of time, you can sit back and take in the journey a bit more. You’ll know what to be watching for, and the story can be all the richer for it.

The signs are there for a reason.