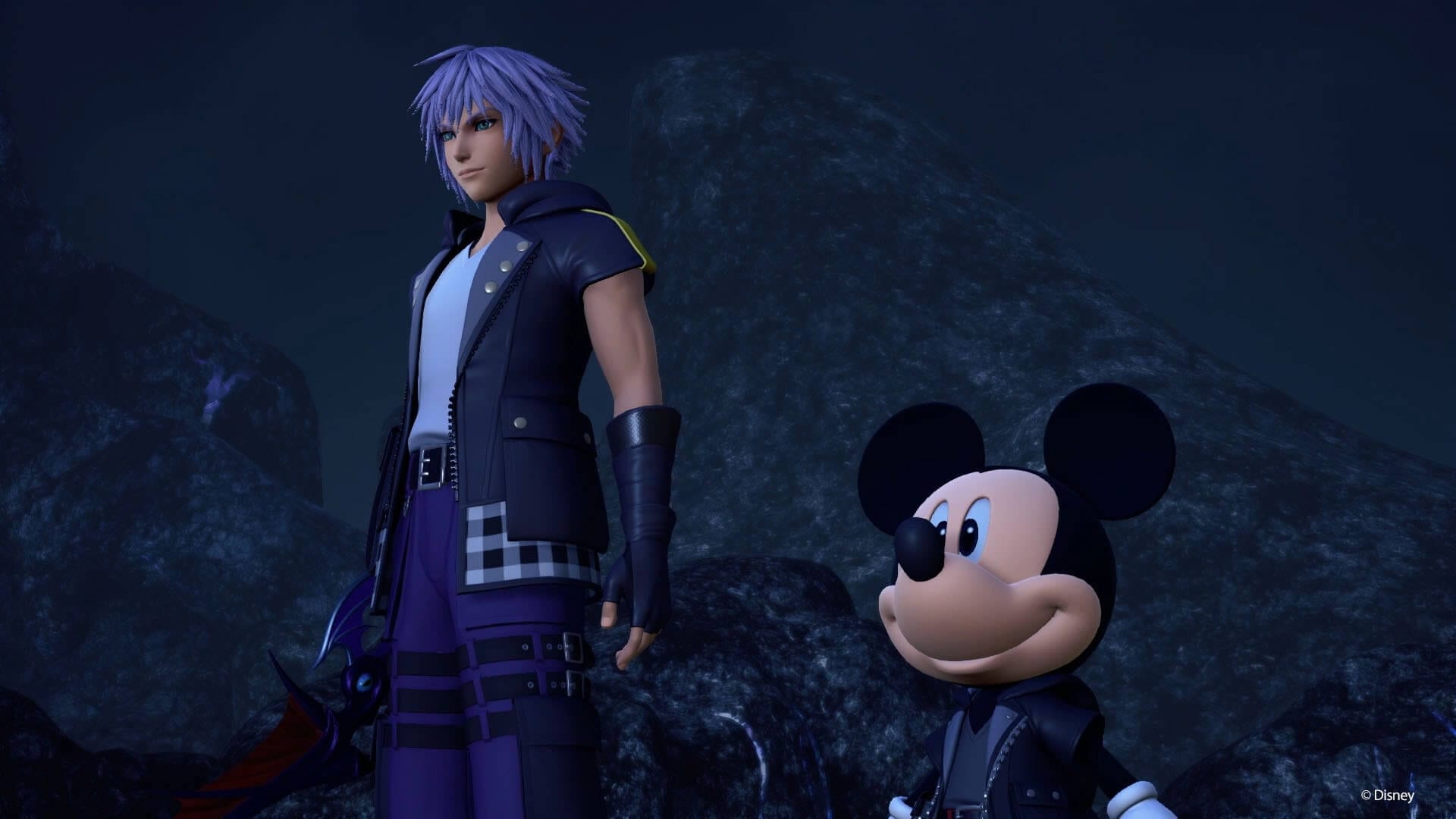 Going into Kingdom Hearts 3, I was pretty hesitant. So hesitant, in fact, that I didn’t even watch the last few trailers they released. Even the music video thing.

I just didn’t have faith in Tetsuya Nomura to not let his garbage touch taint this one. After the way he kind of ruined FFXV over time, I didn’t expect much out of KH3.

(Edit: thanks to Austin for pointing out that it wasn’t solely Nomura that did it to XV. Hajime Tabata was given the reins after Nomura. So he’s responsible for what happened there, too. Maybe even more so.)

Regardless, I bought the Deluxe Edition anyway, and now I’ve spent about 13 hours on the game. We have a full episode of the Geek to Geek Podcast coming up next week on the subject, but I wanted to get a few initial thoughts down while they are fresh. So here we go.

The intro for KH2 get a lot of guff. You play Roxas for a couple of hours, get to know him, do some menial tasks, then never play him again. None of that matters.

So you’d expect them to make the beginning of KH3 better, right? They’ve had 14 years to do so, after all.

Wrong. They do improve the intro in that you’re not doing nothing for 2 hours. You get into combat pretty quickly, and into a Disney world. But you are rehashing the previous umpteen games’ plots.

And boy does that drag on and on. Even if you have no idea about the stories, the in-game exposition (which for some reason they call Kingdom Hearts II.9) is not that well done. It’s fine, but I know people who’ve bounced off it already.

At 13 hours in, I can say that it does get better.

However, the first hours of Kingdom Hearts 3 are cutscene heavy. They are skippable. You can move right past them if you want. You can’t forward through them once you’ve read the subtitles. Which is a shame because that would have eased a lot of pressure in the intro.

But like I said, it does get better after that initial info dump.

Olympus is the First World You Visit

The positive to Olympus being the first world you visit is that you get it out of the way early. Most KH players, myself included, are tired of the Herculean colisseum.

But you don’t get the ! You get Thebes! And a full world to run around and explore. The problem here is that it’s just a tutorial zone and mostly on rails.

It takes like 2 hours to get through, maybe, but by the time you’re done, you’re done.

I will say, though, Mount Olympus is one of the prettiest sights in the game, and it’s pretty fun to run around in. I do intend to go back to that part to explore more.

The rest of the zone…meh. Thebes was fine. It was ruins and fire and stuff. But Mount Olympus was gaw-jus.

And honestly, so is the rest of the game. This game is pretty, y’all.

Twilight Town with Hayner and the gang is back. You even run around and go through the forset to the mansion. It’s a fun area to explore, and it brings back some nostalgic memories.

And it doesn’t seem overly long this time around.

The best part, though, is how the game makes reference to the absurd amount of tedious jobs you had to perform in KH2, even making some of the characters have to run off and miss the action to perform them now.

But you can’t be left off the hook, either. You do have to collect a handful of vegetables at one point before you can move on. And while it’s silly, it brought a smile to my face because it was definitely a wink from the developers to fans.

I hated the combat in Final Fantasy XV. It was bad, and I never really liked it at all. With the same director, I expected KH3 to be the same way.

However, the combat does feel like Kingdom Hearts. It’s just a chaotic mess of Kingdom Hearts combat. They’ve included a ton of Attractions and situational commands that pop up constantly, begging you to press the triangle button (Y on Xbox One) to activate them.

When you do, huge spectacles occur, and you lose control of your character for a while as you press a button to slam a pirate ship into someone or play a mini-rhythm game on a carousel.

These kinds of commands are not fun, and I rarely use them. You can cycle through situational commands in Kingdom Hearts 3 by pressing L2 (or the LB if you’re on Xbox.)

The new keyblade form changes are fun, though, and the dual pistols and giagantic hammer are really fun to play around with. Because they don’t remove control of your character.

In general, I like the combat. It just took me a while to realize how I liked the combat and which elements I could pare down and rarely use (warping, Flowmotion, Attractions).

Note to developers: removing control from your players is not good design. Even when it’s pretty.

The Toy Story World is Great, Don’t Miss It

Okay, so the intro can be tedious. I get it. But like I told people about Persona 5, you have to give the game a while to hit its footing. With P5, I told folks to get to the end of the first Palace and hit the deadline before deciding to bail.

With Kingdom Hearts 3, I highly suggest getting to the end of Toy Story. The Easter eggs in there are great, the gameplay is fun (you get to pilot giant robots and even go into a video game — how meta!), and the design is just top-notch.

I think it’s stronger than the Tangled world at this point, and I have just set off into Monsters, Inc. It promises to be pretty awesome, too, from where I am.

But Toy Story is really, really fun. If you’re thinking about bailing on KH3, give it until the end of Toy Story to make that decision. More of the game opens up by then, and you’ll have a better handle on the frenetic combat mechanics.

I was quite that the original voice actors were used in Kingdom Hearts 3 as often as possible. Haley Joel Osment returns as Sora, Kristen Bell is Ana, and so on. I really appreciate that touch.

When they miss, though, they miss. It’s totally not Tom Hanks or John Goodman. That ain’t my Sully, dangit.

Oh, Donald. With this many years of development experience, you would expect Donald Duck’s AI to be better.

He’s still Donald. He might heal you. But he’s still far more likely to cast fireball. I ended a boss fight once and opened my inventory to refill everyone’s potions…

…and Donald Effing Duck hadn’t used a single one, and I had been low enough health to use Rage Form.

My wife told me this morning, and I quote, “My favorite part of you playing this game is hearing all the profane things you yell at Donald Duck.”

I’m 13 hours into an action JRPG, and you’re asking me my verdict? Are you a nutter?

At this point, I enjoy it. It’s the Kingdom Hearts game I expected it to be, really. I figured that Nomura would do a lot of stuff I didn’t like, so I went in with very low expectations.

That may be why I enjoy it so much. I am also a super Disney fanboy. So that helps.

But it’s definitely better than the majority of the side games. While Birth by Sleep is still my favorite Kingdom Hearts game, this one is much, much better than Chain of Memories and Dream Drop Distance (or as I’ve called it before Dooky Drop Distance).

We will see how this pans out over the next couple dozen hours, but right now, Kingdom Hearts 3 is way better than I expected it to be.

What do you think about KH3 so far? Tweet me at @professorbeej or leave a comment and let me know!