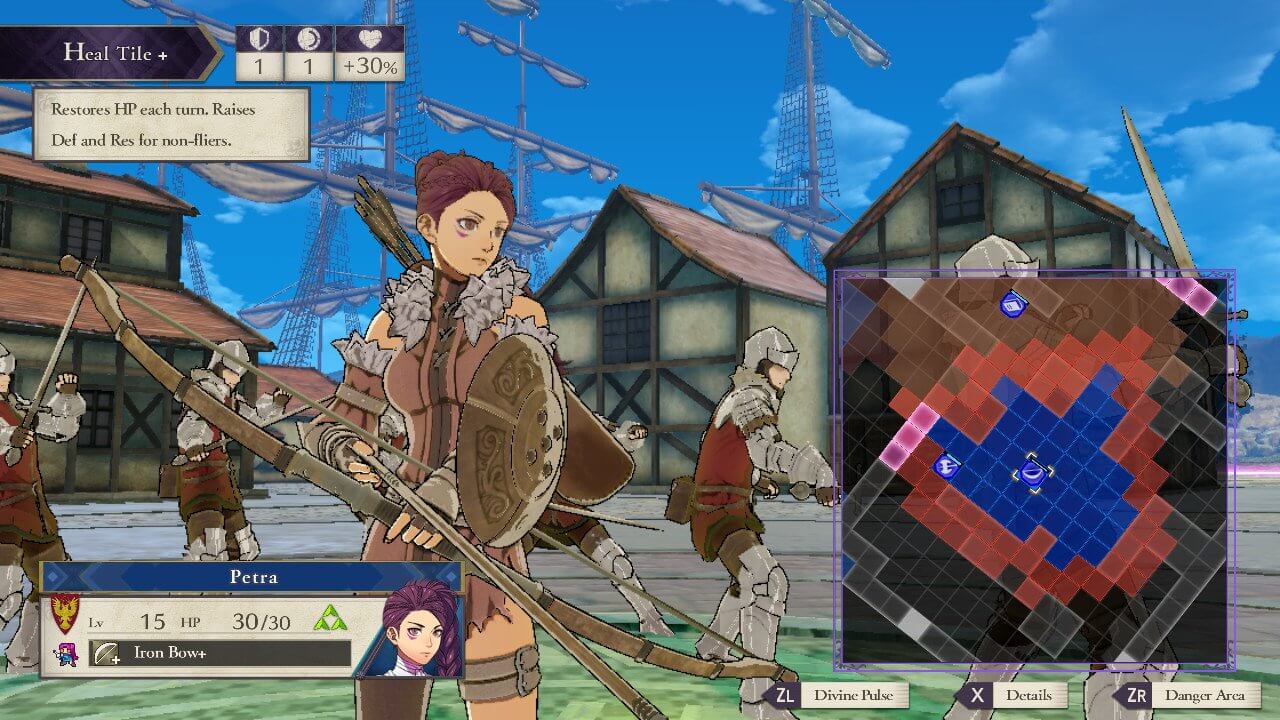 On Fire Emblem Three Houses and series progression or how Echoes: Shadows of Valentia is the unsung hero of FE

I love thinking about how gaming franchises evolve.

And Fire Emblem is one of my favorite series both as just a game and thinking about how it has progressed and evolved.

You may know this, because it’s mentioned in everything ever written about Fire Emblem, but in 2013 Fire Emblem Awakening saved the series and either, depending on who you ask, was helped by a rising 3DS system or was instrumental in saving the 3DS from failure.

Either way, for a long time Awakening was in seemingly everyone’s top 3DS games list.

But first, let’s back up.

A brief history of FE

So you probably know a lot of this already, but I’ll reiterate just in case: Fire Emblem never saw release outside of Japan until FE7, aka Fire Emblem, aka Fire Emblem The Blazing Blade. The first Fire Emblem game came out for the NES in 1990 as a Japanese exclusive and the next five games were all exclusive to Japan.

Releasing in the west didn’t help the series at all sales wise, as it limped along never breaking a million in sales, and usually selling around 250,000 copies each release.

What’s most interesting to me is that Fire Emblem starts off on a very similar pattern to The Legend of Zelda. Fire Emblem: Shadow Dragon and the Blade of Light (FE1) comes out for the NES in 1990 and, like Zelda 1, establishes a lot of the bones of the series but is very rough around the edges. Fire Emblem: Gaiden experiments with JRPG systems and ideas much like Zelda 2. And then series returns to its roots in 1994 with a remake of its first game with more content and features on a bigger and better console with Fire Emblem: Mystery of the Emblem, which definitely feels like the A Link to the Past of Fire Emblem.

So far so good right? And Mystery of the Emblem sells really well, the best the series would do until Awakening. And that’s just it, from then on Fire Emblem slumps. Coming to the West doesn’t really grow the fanbase much at all, and neither does being in Smash. Even releasing games on the incredibly popular DS and Wii doesn’t help.

And there was no real reason to expect the first entry on the 3DS to do well either. After all the 3DS was struggling to find an audience too, needing a big price cut just to get the system on life support. Of course, as is widely known now, Nintendo gave Intelligent Systems an ultimatum: make the next Fire Emblem a hit, or put the series to rest.

Of course Awakening hit a home run, going from a series that was doing well to sell over 350,000 to selling well over 2.5 million.

For long-time fans of Fire Emblem, Awakening was double-edged sword/lance/axe. While it did save the series, it brought in gameplay and story elements that many long-time fans didn’t like. A marriage and child system, more options for grinding and a casual mode that mitigated the series’ long-established mechanic of permadeath.

I’ll get into some other things Awakening did that I think really helped the franchise next week, but for now Awakening really split the fanbase and things were getting kind of ugly on the FE message boards.

Awakening saved the series, but at what cost?

Must have been fate

Of course Awakening got a follow-up, and Fire Emblem Fates gave fans three linked games with varying styles: Birthright, which was supposed to appeal more to the casual fans that enjoyed the more casual elements of Awakening, Conquest for the more hardcore, and then Revelations, which was more experimental from a map design aspect and kind of wrapped up the story.

Marriage and children was kept in, as was casual mode. But children were shoehorned into the story in a downright lazy way. Instead of being the central aspect of the story in Awakening where the children return from the future to save the world, now you were having children and putting them in a secret extra dimension where time went by at a faster rate and then getting them out when they were fully grown. It wasn’t great, and fans were really starting to dread the direction the series was going.

In addition to these problems, character design was taking a turn for the worse both in writing and weird, incest-y sex-appeal fan service. Fates, in many ways, was all the things people didn’t like about Awakening taken to an extreme, wrapped up in a story that made very little sense.

Echoes from the past

It’s hard to know how one game will impact a series until the next games are released. Going back to the Zelda analogy, when Wind Waker was first released, fans were upset thinking that the cartoony, cell-shaded style of that game was going to be the new aesthetic for the series. But Nintendo showed a willingness to change directions on a dime for its cornerstone action-adventure series and went dark and moody for Twilight Princess.

At the time, if Zelda had kept the Wind Waker aesthetic, I’m sure more people would be unhappy with it. Knowing it’s just an entry in a series that is willing to go a myriad of directions with its art style makes it better.

Likewise, when Fire Emblem Echoes released, it seemed like Intelligent Systems was trying to both build on what made Awakening good while moving away from the things that dragged down Fates.

Of course, being a remake of Gaiden, there are flaws to the game. But it’s mostly in the ways its being true to the original where the game suffers. The new ideas and directions absolutely show that Fire Emblem was righting the ship and it was using a remake as a pilot for how it would do that.

If Three Houses returned to the problems of Fates and Awakening, then Echoes would have been in vain. But instead, Three Houses builds on many of the great ideas of Echoes, Fates and Awakening. Mila’s Turnkey is refashioned as Divine Pulse, and the various story directions from Fates return. Character designs, while distinctive to Three Houses, are more subdued and down to earth, like Echoes.

While Echoes brought in the dungeon crawling aspects of a JRPG, including third person exploration and random encounters, Three Houses learns from that and again branches out to take from other genres, this time gleaning from life and school sims, while keeping exploration mode.

Three Houses brings its own new things to the series as well, and while the game certainly feels like a new standard has been set for both the series and strategy RPGs in general, time — and the next Fire Emblem games — will truly dictate where the game is placed in the cannon.

I will be traveling for work, so I probably won’t get a chance to write. But I do plan to write more about Fire Emblem, specifically some of the really good changes Awakening brings to the series and how Three Houses builds on them.

Right now I’m about 55 hours into Three Houses and I’m about to hit the time skip, so that should give you an idea of how thorough I am with JRPGs and games like this. I hope to be close to being done with my first playthrough by the time I write my next post.