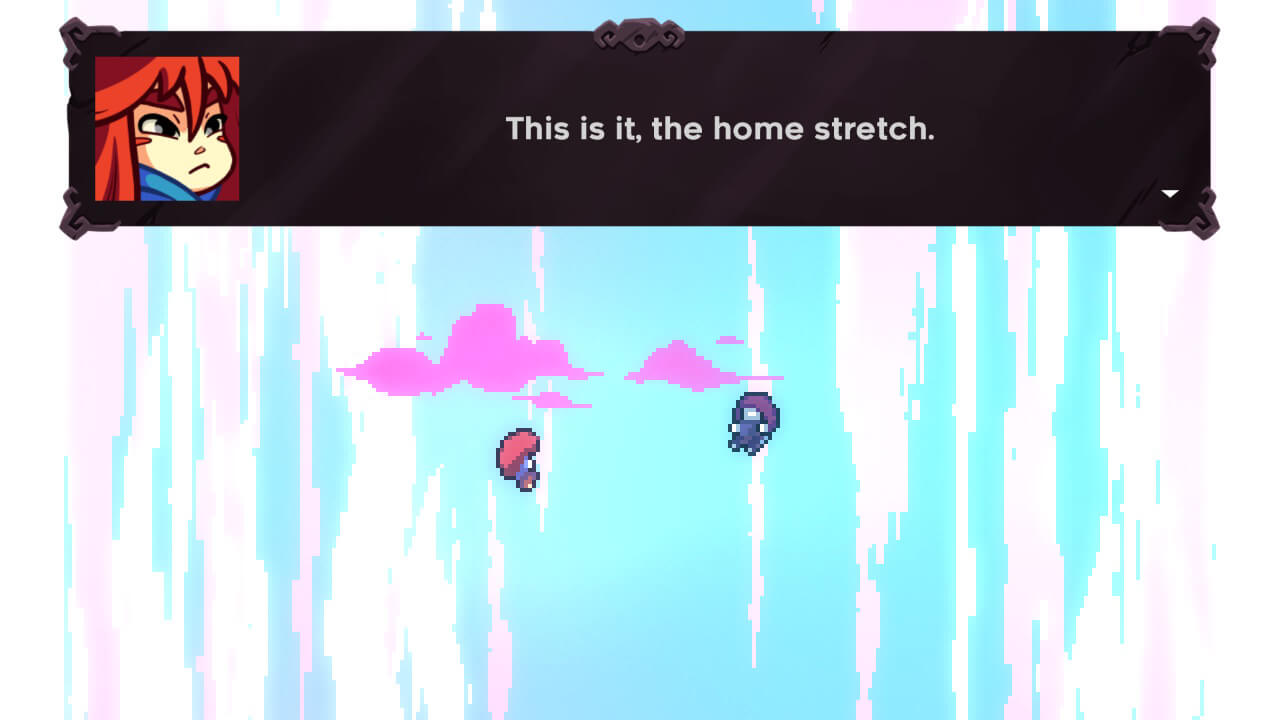 Decisions, decisions: The crossroads of story and choice

If you read last week’s blog post about Pokemon (which, is here if you missed it) you’ll know that I’m big on games that present interesting decisions to players. It’s what, at the core, defines a good game to me.

All art, be it fine art you see in a museum or pop entertainment, is made up of two pillars: the narrative experience and the sensory experience.

The narrative is all the story lines that the art work encompasses. It could be the story of the relationship in a break-up song, the plot of a TV show and in more abstract instances it could be the way a Jackson Pollock painting fits in the larger narrative of modern art. Sometimes story is meta, sometimes it’s abstract, but there’s always some kind of story. Even in classic music like Mozart, the music itself tells an emotional narrative in its ups and downs.

The sensory is of course the way a piece of art appeals to the viewer beyond story. The sound of the notes, the appeal of the colors, the textures and sheen of a sculpture.

Regardless of medium and genre, one of the most important aspects of any work is the relationship of sensory and narrative. Sometimes the sensory is more important, sometimes narrative and sometimes it’s either the dissonance between the two or the way they work together that is key.

I thought this was about video games?

So video games are unique in that in addition to a sensory pillar and a narrative pillar, there’s a third pillar: interactivity, aka gameplay.

So now we have three pillars that have to work together (or against each other, depending on the game). And often we see at least one of these take a backseat to the others. Most often it’s the narrative that falls behind because handing over choice to the player complicates telling a cohesive story.

Early on, the solution was to give the player some story and then give the player gameplay, as if they were two wholly distinct courses in a meal. You’d play the game for a bit, and get to a point where you’d see a cutscene or some dialogue. But the two pillars rarely married.

Out of this world

BioWare had always offered dialogue options in their games, but it rarely ever meant anything. When you chose how to respond in Baldur’s Gate, it was often a simple matter of choosing between being sarcastic/funny, being straight laced, being greedy or being kind of an ass. And you may have gotten a different response from the person you were speaking to, but the story fundamentally progressed in the same direction.

Then enter Mass Effect. The ground breaking idea at the time was that you’d have these world (and galaxy) altering decisions to make and these decisions would not only affect the game you were playing but the next game and one after that too.

Layered on top of the story-altering decision making in Mass Effect is the more intimate decisions that would affect the type of person your Commander Shepard would become. This plays into what makes a role playing game: decisions you make about your character. This played into the dialogue trees, giving you more options as the game progressed.

In the indie puzzle game Papers, Please, you are a border agent tasked with checking the paperwork of people trying to come into your country. If you make a mistake, you get paid less at the end of the day. At first glance, the story sounds barebones and the gameplay sounds tedious and kind of awful.

But what Papers, Please does with this concept is nothing short of amazing. I won’t get too much into it because this is one you definitely need to play for yourself to fully appreciate, but each person that comes through your checkpoint has a story.

Sometimes it’s a husband who asks you to go easy on his wife, who is coming up next. When she comes through with slightly off paperwork, your decision is to let her through or not. And the consequences depend on how you play the game. If you had made a few mistakes earlier in the day, letting her pass could mean less money to feed your own family with. Or she could be a terrorist who will blow up the guards after she passes.

In Papers, Please, the story of the game is linked intimately through the gameplay of checking papers. Every decision you make is with the primary tools you use to play the game, and the game branches and has many different endings to allow for real impact on the narrative. This makes every decision you make, from time management of how thorough you are to the moral decisions like the example above incredibly interesting.

I’ve been to the mountain top

It’s rare for action games to incorporate their stories into gameplay because of how the player’s “decisions” operate in that genre of video game. Action game decisions come in a more abstract form like timing and reflexes. When and how to make a jump are split-second choices that don’t feel like a choice when they’re happening quickly and can be the hardest kinds of choices to work into a story.

That’s why indie platformer Celeste is so special.

In Celeste, the gameplay parallels the narrative, actively making you feel how the character Madeline feels during the story. In the story of Celeste, you play as Madeline as she climbs the titular mountain, which quickly becomes metaphor for her own mental health issues.

I get knocked down, but I get up again

Celeste, the setting, is a magical mountain and it causes Madeline to not just grapple with her depression but to face self-doubt, personal sabotage, issues of self-esteem and personal reflection. And through it all, the game is challenging the player in ways that mimic these issues. I have never seen a platformer mimic such personal issues through level design and what results is this elegant and beautiful connection between story and gameplay, both working together simultaneously to reinforce the other.

It’ll be a surprise! I’m thinking about a couple different things, so stay tuned!