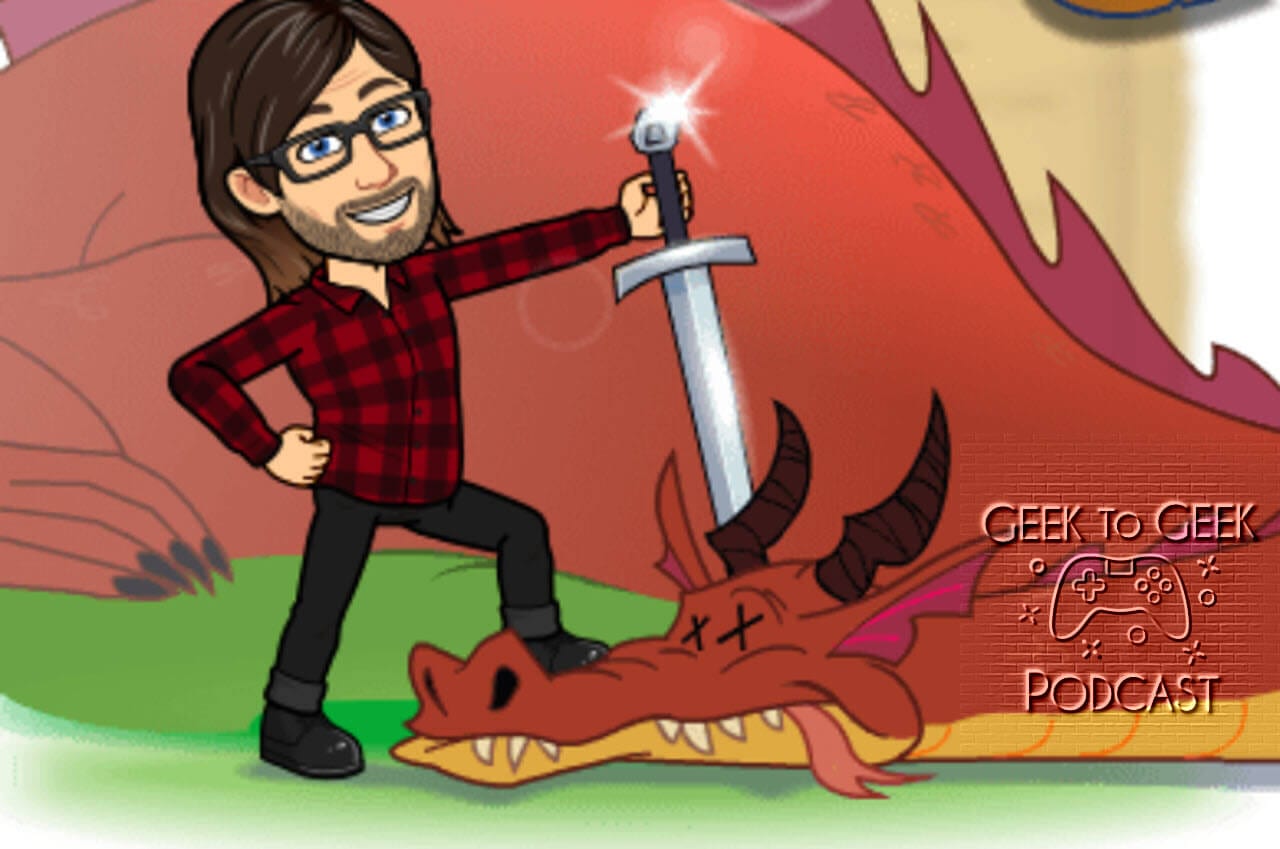 This week, I’m at a bit of a crossroads. I’ve finished up the Zenithia Trilogy–possibly my favorite video game trilogy of all time–and although I still have to finish Dragon Quest VIII and play IX, I’m almost at the end of my quest. I said I was going to beat every mainline game in a single year, and I’m almost done. I started in November 2018, although I didn’t really proclaim this “quest” until January 2019. It’s July, and I don’t have much DQ left. Man, what a bummer.

Next week, I plan on talking about my early impressions of Dragon Quest Builders 2 (which just came out), and then finally getting into my thoughts of Dragon Quest VIII. This week, however, I just wanted to have a brief post on reflection. Maybe I’m feeling sentimental. Maybe it’s the high fever I have. Maybe (probably) it’s the cold medicine I’m currently taking. All I know is, I feel like looking back on some of my favorite Dragon Quest moments from the first half of 2019.

Let’s pause for some Shameless Self Promotion:

Can I mention something really quick? Did you know I now have a Dragon Quest podcast? It’s true. It’s called Dragon Quest FM, and I’d love it if you’d check it out. Me and my co-host, B.J., talk about DQ every single week. You can find our main site right here, at www.dragonquest.fm. From now on, we’ll post updates to the podcast on this blog as well, so you can find them easily here, too!

I started off the year by playing through the first three DQ games, known as the Erdrick Trilogy. Going from beating XI to playing I was a bit of a shock, but I loved the first entry in the series. I played the mobile version on my phone. I was in Tennessee visiting family for the holidays, and I spent a lot of time grinding levels while taking my dogs for walks in the freezing temperatures. I even beat the game while while waiting for my rat terrier to pee. I loved the game so much, in fact, that I’ve been replaying it on mobile this summer AND I bought Dragon Warrior to play on the NES.

DQII is a tough game. I have fond (and not-so-fond) memories of sitting in cold, wintry Tennessee and grinding up levels so that I could finally beat Malroth–a boss who beat me a record 14 times before I was finally able to take him down. Six months later, beating Malroth and finishing up II is still one of my best DQ memories. And I now have a Malroth figure sitting on the shelf above my desk. He’s currently judging me from afar.

DQIII came at a weird time for me. I played it on mobile, starting it in Tennessee during the holidays and then finishing it at home in Florida. Basically, when I started this game it was 20 degrees outside and dreary, and my family was staying at my grandmother’s house in Tennessee. When I beat it, it was 75 and sunny, and I was sitting in my backyard by the pool in Florida. Man, what a change. And keep in mind–this was all within a week and a half. I think I’ll always associate III with travel and big changes. And the awful 18-hour drive it takes to get from Tennessee to my house Florida. Still, the game is great, and I look forward to replaying it sometime.

For some reason, I decided to skip ahead a bit and play Dragon Quest VII next. I’m not sure why I did it, and I think it was a mistake. I think I would’ve appreciated VII more if I had finished up IV-VI first. But I didn’t, and partly because of that, I spent a lot of VII being frustrated and bored. I still think the game is overly long. It feels long just for the sake of being long, and there are stretches that seemed to take forever to get through.

With that being said, I still think VII has some great stories, a fantastic vocations system, and an interesting world.

Will I play it again? Probably not. But I’m glad I stuck with the game and finally beat it, even if it took me a couple months to get through. And its ending still makes me tear up a bit.

Fresh off of beating VII, I tried out IV. It was a breath of fresh air. That’s a cliche, I know, but I instantly fell in love with the game. I also got really sick with the flu and spent hours in bed, pretending to be a merchant as Torneko and chasing after my papa’s killer as Meena and Maya. When I got better, I continued through Chapter 5 and the postgame. IV is one of my top-tier RPGs. I love its pacing, its characters, and its story. Psaro is still my favorite DQ villain. If you haven’t played it yet, I can’t recommend it highly enough. It’s sooooo good.

Then came V. Oh, wow. This game is fantastic. I knew I was going to like it because of playing Dragon Quest Heroes years earlier and loving Bianca and Nera. It’s still my favorite story within the series, and it’s one of my favorite video games–EVER. I loved the monster-recruiting mechanic, but I think the story is really what gets me. This probably sounds sappy and untrue, but I think I’ve thought about DQV‘s story at least once a day since I beat it. I can’t wait to replay it sometime.

And, finally, I got to VI. I came very close to skipping it and playing IX (and coming back to it at a later time), but my DQ friends on Twitter convinced me otherwise. I’m glad they did. VI was a pleasant surprise. Despite hearing some negative things about the game (and already knowing it was a divisive entry among the fandom), I came to love this game. It will never be my favorite in the series, but it’s definitely one I’ll replay and enjoy again.

These three games, known as the Zenithia Trilogy, have become my favorite game trilogy of all time. Each one feels unique yet connected, and each has something new and intriguing to offer. Play ’em!

That was pretty much it for the first half of 2019 (although I also beat Dragon Quest Heroes 2 during this time).

I expect to finish VIII within the next couple weeks, and I’m sure I’ll spend hours and hours on Builders 2. After that, I plan on playing IX and then getting into more of the side games, like Dragon Quest Monsters Joker. I’m also looking forward to replaying XI when it comes to the Switch in September.