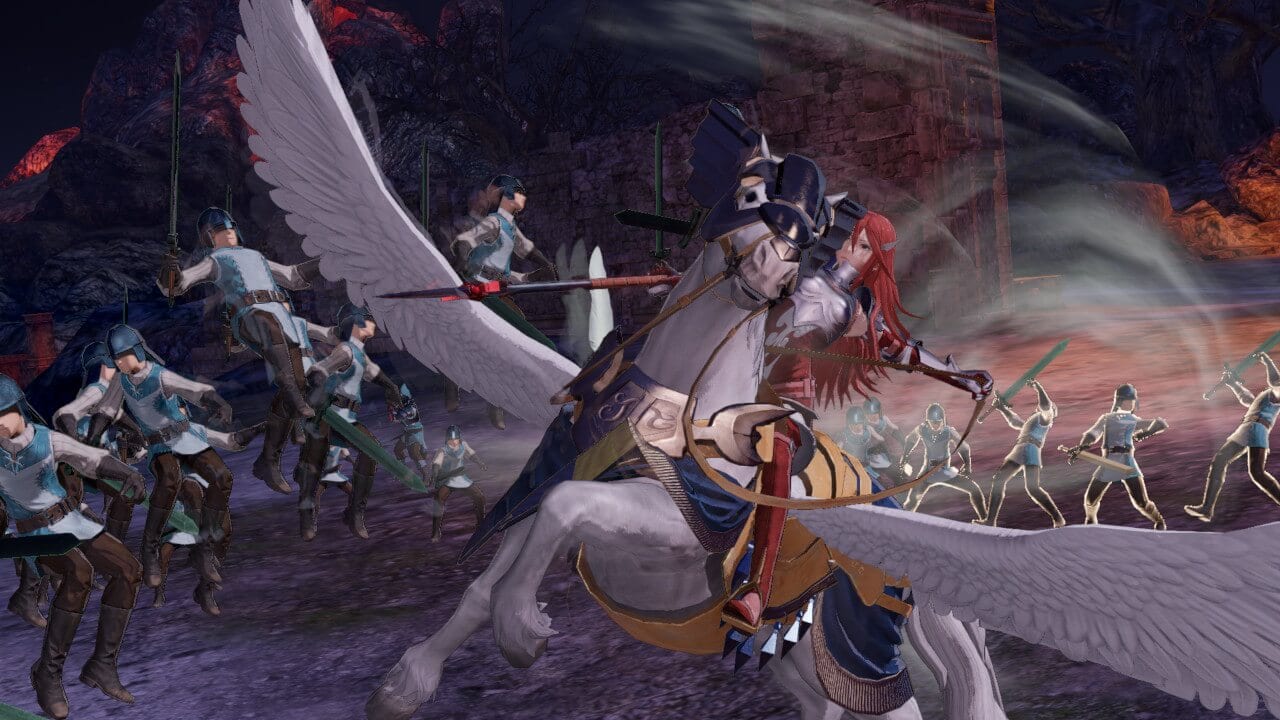 Back in April, Kotaku UK editor Laura Kate Dale thought she heard a slur against the disabled in a Persona 5 song in Smash Bros. Ultimate. She wrote an article about it, but ended up having to write a retraction the next day (you can read the retraction here, it explains basically the whole thing).

The most telling thing about the retraction is this part:

We asked Nintendo both for an official transcription of the lyric, and for an explanation as to why this section of the song is omitted from the official lyric transcription. We’ve now received the following reply:

We checked with Atlus who confirmed that the actual lyrics of the song do not include the word “retarded”.

Frustratingly, this does not clear up the confusion over what the singer is actually saying.

But we accept that this article was a mistake. Publish in haste, as they say, and repent at leisure. We would like to apologise to Atlus, Nintendo, and the many Persona fans who were angry about this piece. It looks like we got it wrong. We screwed up: sorry.

You might be thinking to yourself: well of course she should have waited for Nintendo or Atlus to reply. And in a perfect world you’re right.

However, I have seen a lot of reporting on video games in my 30-something years on earth. And I have dealt with a lot of sources in my 5 years in journalism school and working for college media and my subsequent 6 years as a journalist working at daily newspapers. I can tell you that’s not an easy decision in the moment because you rarely, if ever, get any kind of response like that in the gaming world.

Publishers and developers, as a rule, almost never talk to the press. And it’s severely hurting games journalism, people who love games and gaming as a whole.

The response Dale got from Nintendo was rare in that she got it at all. But even then you see that it’s extremely minimal, doesn’t address the issue really and she likely only got it because the first article caused such an uproar.

So in short, because games journalists lack access, mistakes like the one Dale made are going to happen.

Journalism 101: Journalism comes from access. Access means being able to call up someone at a company or an organization and ask them questions about things.

At my last newspaper job, the general rule was each story had to have at minimum three quoted sources. Of course there are exceptions to that, but I don’t think I ever turned in anything that wasn’t just some brief announcement that didn’t at least have one or two quotes from someone I talked to myself.

That’s what being a reporter is. It’s not writing, it’s going out and asking questions that people want or need the answers to and reporting the answers back to the people.

The only access game journalists have is early review copies, which they use to make reviews. Occasionally they get very structured interviews at E3, but that’s rarely the place to ask “why did you make X decision in a game you published 5 months ago?”

A lack of access for journalists hurts consumers and fans

Imagine if every time fans had a question or were upset about a decision made in making a game, that a journalist could ask that question and get an answer and report it back to the people.

We would know so much more about how games are made, we’d be a much more informed consumer base able to make better decisions about the kinds of games we play and the things we get upset about.

As it is, gamers get upset about things, have no avenue to learn about why these things are the way they are and end up throwing these tantrums on social media, or they launch these petitions to get things changed.

If publishers and developers were a shade more transparent and gave journalists more access, I have to believe things would be better. Gamers would be better fans, we’d be smarter consumers, the medium of games would progress faster.

And gamers are hungry for this. There are people who have become large gaming social media influencers by faking access in the form of leaks and insider knowledge. Most of them are basically charlatans (although some clearly do have sources) who delete their wrong predictions. But people want to know more about how their favorite stuff is made, or what might have caused their favorite series to flop.

Look at Final Fantasy VIII, everyone wants to know why it isn’t getting ports the way other Final Fantasy games are. There’s a lot of very solid speculation out there. But that’s all it is: speculation.

Someone (and I’m sure people have tried) should be able to call up Square-Enix and just ask: “Hey why are FFVIII ports so rare?” and Square-Enix should be able to say “you know that was a long time ago and we weren’t as diligent with preservation as we should have been and we lost the code” or they could say “our internal numbers indicate that releasing FFVIII wouldn’t give a return on the investment of porting it.”

Really, whatever the issue is, I feel like we as consumers should be trusted with the truth.

Thank you so much for reading this, I’ve been wanting to write something like this for a while, but it required a lot of thought on my part because I didn’t want to attack people who are just trying to do their jobs. People frequently attack video game journalists for pretty nefarious reasons to the point that any conversation about it turns toxic. I’m not tried not to play into that.

I have a lot of respect for Laura Kate Dale, games journalism is difficult and demanding work and she’s been attacked unfairly in the past because of who she is. The fact that she’s still at it despite everything shows a level of persistence that frankly I can’t help but admire. The issue I talked about in this article was about a mistake she made, and people make mistakes. I do, you do too. That doesn’t make her a bad journalist. I hope after reading this you have a better appreciation of why mistakes like that are made, and the policies publishers have that contribute to those kinds of mistakes.

As gamers we need to support games journalists, they’re the people who keep us informed. Otherwise we’d have nothing but corporate marketing. That leads to a world where consumers and workers can be freely taken advantage of and that’s not what I want for gaming.