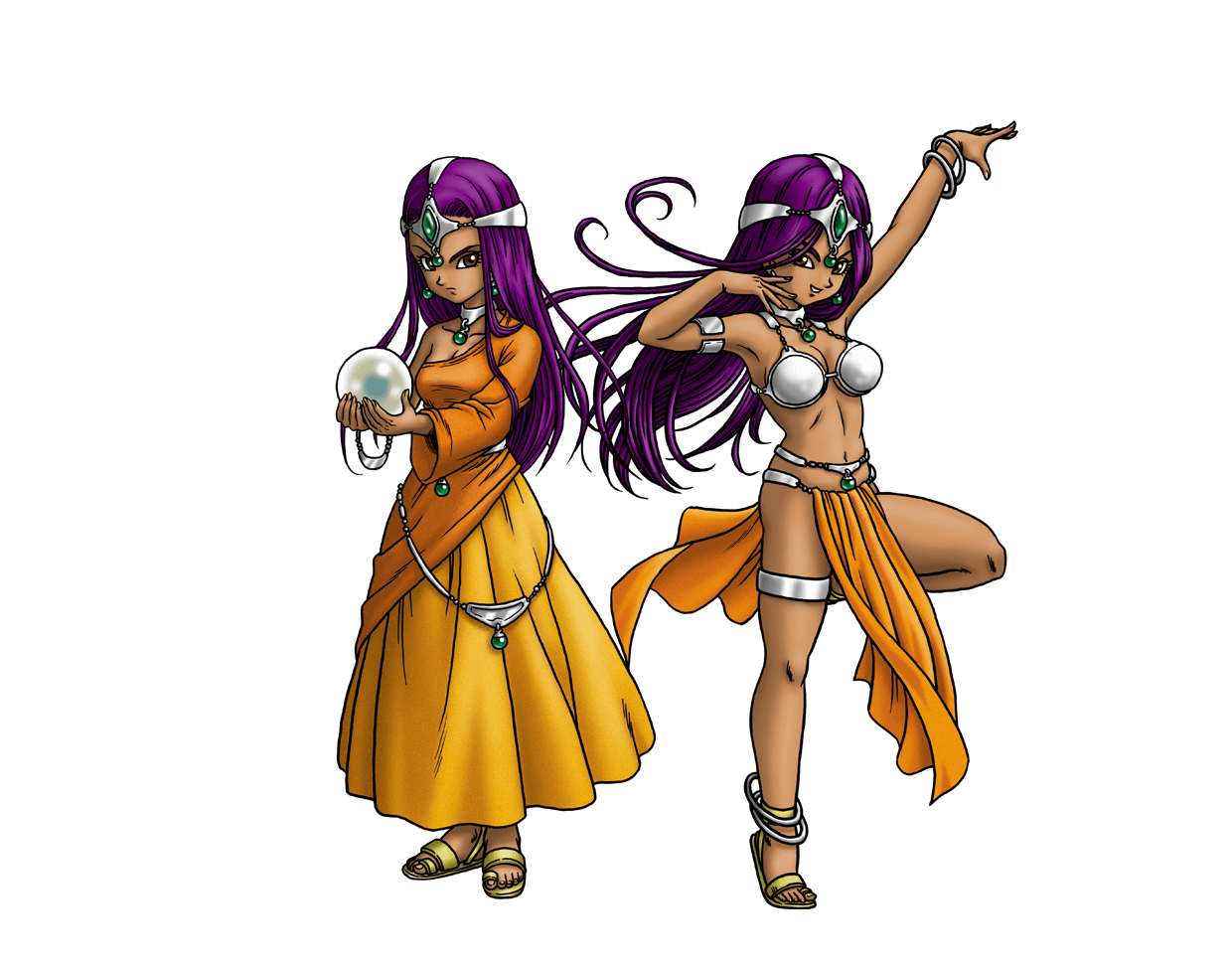 These past few weeks, I’ve been talking a lot about Dragon Quest IV: Chapters of the Chosen. You can find my first post on the game here and all the previous chapters are featured here.

The short version: DQIV is a great game, and probably one of my favorite in the series. The game is divided up into five chapters, so each post deals with a different chapter.

This week, we’re talking about Chapter Four: Meena and Maya and the Mahabala Mystery!

Meena and Maya are twin sisters searching for their father’s killer. To make money, Meena tells fortunes and Maya dances. Meena is a pretty good healer while Maya fulfills more of a mage and support role–just like the dancer vocation in later DQ games. We begin this chapter in the town of Laissez Fayre. In case you couldn’t tell, we are now getting into the French-accents part of the game (Spanish, too. It’s kinda like a Creole dialect). After bidding farewell to the town, the sisters head out to avenge their father by defeating his killer, Balzack.

After visiting their old hometown, they dive into a cave to find their father’s old assistant, Oojam, and a nifty little item called the Sphere of Silence, which can keep an enemy from using spells. I missed regaining this item in Chapter Five (very sad, I know) and it’s quite useful.

The sisters and Oojam eventually discover a dying mining town (which is important later on), and come face-to-face with their father’s killer. A few surprises ensue, and by the end of the chapter, Meena and Maya are headed toward Endor aboard a ship.

Chapter Four of Dragon Quest IV ties into the bigger story more than any other previous chapter. The mining town of Mamon is important later on, as it’s the resting place (and reviving place) of Estark, the Lord of the Underworld.

You’ll also have to revisit Palais de Leon in Chapter Five to defeat the Marquis de Leon, since Meena and Maya couldn’t defeat him in Chapter Four. And revenge is just oh so sweet!

I enjoyed this chapter a lot. After the slower (but still charming) Chapter Three, it was nice to be thrown into a story I could be invested in. I also liked the build-up for Chapter Five and seeing how Chapter Four’s role impacted the overall story.

Next week, we’ve reached our final chapter, The Chosen. It’s probably going to be a longer post, since it’s a much longer chapter, but we’ll finally reach our conclusion as our heroes meet up and take on Psaro the Manslayer!