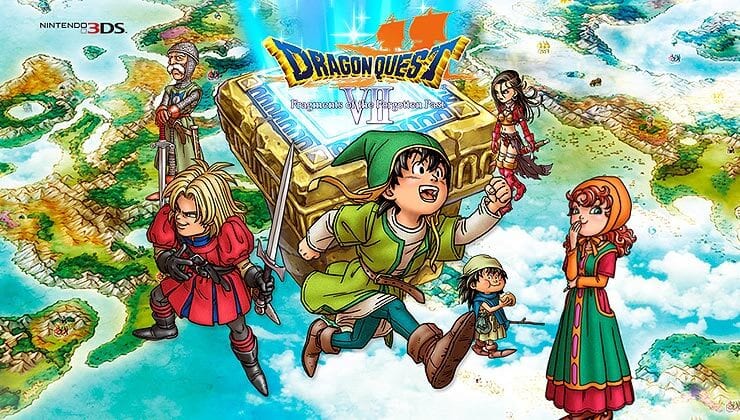 Last week, I talked about how massively disappointed I was with Dragon Quest VII: Fragments of the Forgotten Past. If you haven’t read it already, you can find it here. I mentioned last week that there was at least one redeeming quality about this game, and today I’d like to talk a bit more about it.

The best part of DQVII was the Vocations system. It was perhaps the only bit of fun I had during my 67 hours with the game. Did I like DQVII? Not very much, no. But the Vocations were amazing! Dragon Quest VII has perhaps the best job system in any game I’ve ever played.

It works like this: You go to Alltrades Abbey, select a Vocation, and then level it up from 1-8. Once you master the Vocation, you can choose another. But don’t worry about losing your abilities from the previous Vocation. Some–maybe even most–of those abilities will go with you to your new job. And to make things even more interesting, you can create new Vocations by mastering select “Beginner” Vocations. For example, mastering Paladin and Gladiator will allow you to unlock Champion.

Mastering Vocations and unlocking new ones was the highlight of the game. I spent hours just fighting enemies and leveling up Vocations because it was just so darn fun.

To add to the fun, you can also find “Hearts” of enemies, which allow you to learn Monster Vocations. While I didn’t like the Monster Vocations nearly as much as the human ones, I still enjoyed letting Ruff run around for a while as a kingfuschia.

My only problem with the Vocation system is that you don’t unlock it until about twelve hours into the game. Technically, in a game as long as this one, I guess that’s still the beginning. But it felt like it took way too long to unlock a system that was both super fun and incredibly integral to the game.

But What About the Story?

Story is usually one of the biggest factors when it comes to whether or not I love a game. DQVII has a good story. It’s a strange and surprisingly Biblical tale. The downside is that it’s smothered by bad pacing and overly long detours–which I talked about last week, so I won’t get into it again here.

The last five or ten hours are fairly fun, both in gameplay and storytelling. I’ll be honest, the epilogue made me sniffle a few times. It was a bittersweet ending.

I don’t think struggling through fifty-five hours or more of the game is worth the ending; however, I did enjoy it since I was there already.

If you’re going to play Dragon Quest VII, play the 3DS version. The graphic improvements are nice, but the 3DS version attempts to speed up the overly long prologue by throwing in a dungeon about two hours in. The 3DS version also makes placing fragments into pedestals easier, by giving you a faerie NPC to help you out and give you hints about missing fragments.

I played the Japanese PS1 version for a little while, and even for a game of its time (2000), it isn’t exactly cutting edge. In a time when Final Fantasy had been putting out games with cinematic cutscenes and 3D graphics for three years, and Ocarina of Time was two years old, Dragon Quest VII looked outdated as soon as it hit the market.