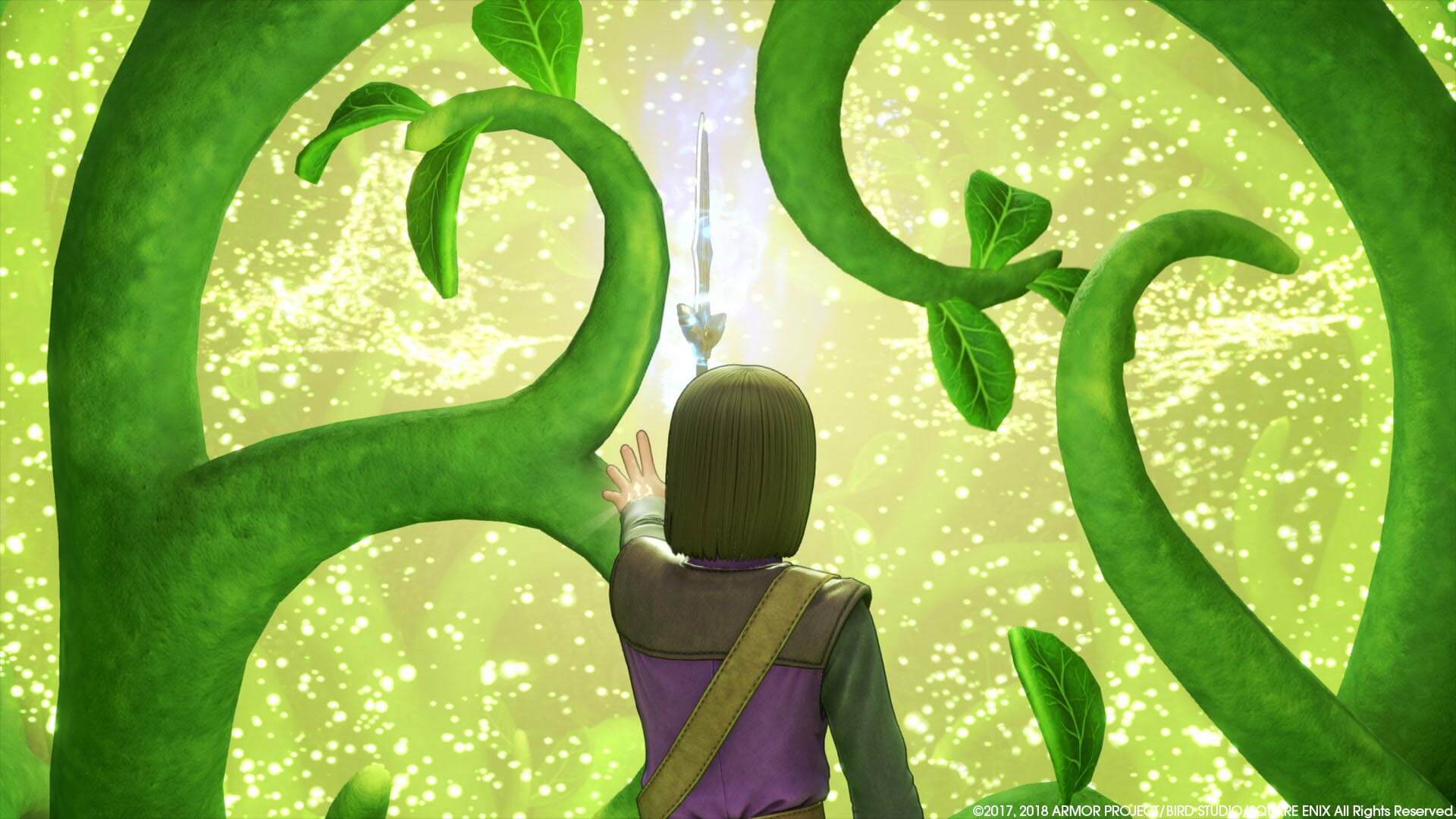 The End of the Quest?

Once upon a time*, I proclaimed I was going to beat all the mainline games in the Dragon Quest series within a single year. It ended up only taking me nine and a half months. I’ve enjoyed (almost**) every moment of it. I think I flew through the games simply because of how fun they were. I was addicted to them, really. I played them every night before bed, for multiple hours, and I usually had to force myself to quit because I was having such a good time.

This week, I’d like to just take a moment to reflect on the year, and what Dragon Quest really means to me.

*It was January of this year, actually.

**There were certainly moments, like attempting to kill Malroth fourteen times in DQ II and backtracking ad nauseam in DQ VII that weren’t really all that fun. But overall, I had a great time.

Echoes of an Elusive Series

For the longest time, Dragon Quest was a series that eluded me. And it was mostly my own fault.

I remember seeing the GameBoy Color version of Dragon Warrior III at my local Walmart as a kid, but I never bought or played it. Back then, I only had eyes for Pokemon.

I remember watching a friend play parts of Dragon Quest VIII. For the longest time, I thought it was a game about pirates because the part I remember most was my friend fighting Khalamari aboard an old wooden ship.

But, then, finally in 2016, I spotted Dragon Quest Heroes on the PS4 and knew I had to get it. My wife and I had just had our first baby, and I was home a lot, so I took the free time to play video games. I fell in love with DQ‘s art style, quirky antics, and characters. I had to play other games in the series immediately.

But before I could beat Heroes, E3 happened and Dragon Quest XI‘s gameplay was revealed. I had to play that game. It was at the top of my most wanted list. Too bad I had to wait another two years for it to release in the West.

And, like a dummy, I decided to put off playing the older games until XI released. Part of it was because I didn’t own a DS at the time, so I couldn’t play most of the games. Another reason was because I refused to play mobile ports of video games (I still don’t like mobile games very much, although I enjoyed the mobile ports of DQ 1-3 a lot).

But then I played Dragon Quest XI in 2018, and it was everything I’d been hoping for. I loved the characters, the world, the gameplay, and the story. It was as close to perfect as a game could get. I played the heck out of that game, and when it was over, I needed more.

So, I brushed aside my pride and downloaded the mobile ports of the Erdrick Trilogy. I spent the holidays playing through all of them. They’re fairly short, you know, and since they were on the phone, I could chip away at them almost anywhere.

Around that time, I decided to play all of them within the year. I became obsessed. I had to know everything about this series, and I had to know it NOW. Maybe that’s crazy, but Dragon Quest made me crazy. There’s just something about this series that inspires you to obsess over it. I’ve seen people call it a “cult” series, and that’s true, I guess–but it’s more than that. It’s a series rich with history, cultural significance, and (perhaps most importantly) fun. I love and play Dragon Quest games because they’re fun.

So Where Do I Go From Here?

I didn’t just play all the mainline games in the series (I never played X, because it’s in Japanese and has yet to make it westward); I also played a ton of spin-off games. I beat Dragon Quest Heroes 2 (I’d played it the year before but never beaten it), Rocket Slime, Dragon Quest Swords, Dragon Quest Builders 2 (I only got about 1/3 of the way through the first one), and read all the available English volumes of Dragon Quest Monsters+. All within nine and a half months. Not bad, huh?

So where do I go from here?

A chunk of 2018 and all of 2019 have been about Dragon Quest. During that time, I started this weekly blog AND a weekly podcast called Dragon Quest FM. My family is probably tired of hearing me talk about DQ all the time. So what’s next?

The answer, for now, is that I don’t know. There’s still the first Builders game to beat, and the Monsters Joker games (which I have but haven’t played yet). The Switch ports of the Erdrick Trilogy are right around the corner, and so is the release of Dragon Quest XI S (which I’ve had pre-ordered for months).

So, my life with Dragon Quest isn’t winding down anytime soon. There’s plenty left to do. For a series that’s been around for over thirty years, it’s probably impossible to do it all in a single year. So while I met my goal of beating the mainline series this year, I just need to move the bar a little farther away. Now, I have to play the other spin-off games, read a couple more books, and maybe even watch the new Dragon Quest movie if it ever releases in English or with subtitles.

For now, I think I’ll likely take a small hiatus from this blog. The quest is done, after all. I’ve posted something new about Dragon Quest every week for almost the entire year. And while I won’t stop playing DQ anytime soon (or talking about it, either, since I still have that weekly podcast), I think this is as good a time as any to take a break.

I know one thing for sure: Dragon Quest is a part of my life now, and it’s always going to be.