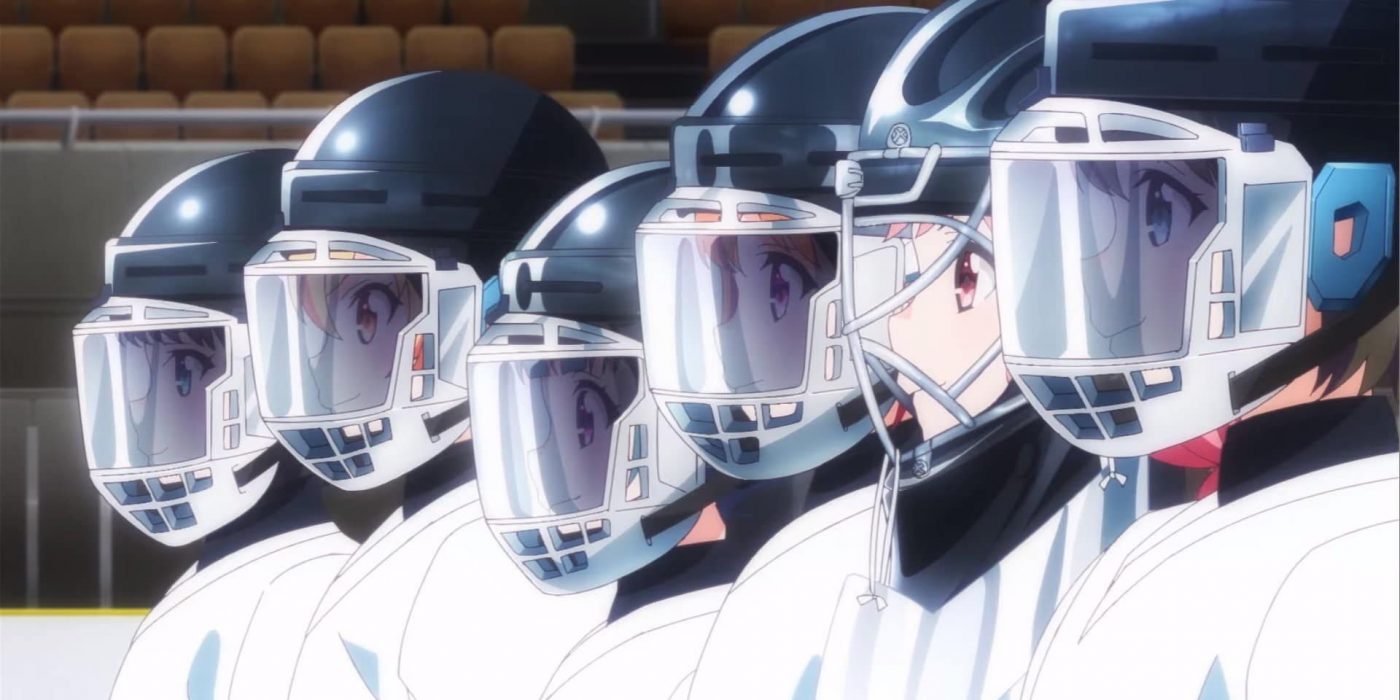 PuraOre! Pride of Orange is available to stream on Funimation.

I don’t recommend that you watch PuraOre.

Come to think of it, I don’t know if I recommend that I watch PuraOre.

Yet here we are, transitioning into a new quarterly season, and it’s in the sparse handful of anime that I actually watched more than two episodes of.

I don’t want to call it an obligation, because it’s not as though I haven’t been enjoying it.

In fact, when I rattled off the premise to a friend, they more or less told me straight:

“Oh, yeah. With all due respect, that trash sounds right up your alley.”

One of the many joys about anime is how it loves to get hyper-specific.

I already talked about this with Silver Spoon but it’s very apparent when you start looking at sports shows and manga. Just last year, there’s been sports shows centered around everything from speed-skateboarding to kabaddi. Arguably the most popular ongoing series is about volleyball, which is the kind of sport not quite popular enough to have a Mario Sports game.

But, somehow, virtually nothing on my personal favorite sport.

( Well, aside from curling. Who doesn’t love chilly shuffleboard? )

Artists have written about a dozen manga about ice hockey over the years, but in the grand scheme of things, those are rookie numbers. That slice looks even smaller when you consider that none of them seem to have landed an all-important Anime Adaptation. Even when the creator of the multi-award-winning Golden Kamuy tried, it still got written off as a commercial bust.

In fact, it’s kind of a minor Miracle On Ice that we got an ice hockey anime in the first place. And even then, it feels like PuraOre is doing extra work to get its foot in the door.

Namely, its lineup of hockey players looks about as different as physically possible than my hometown squad:

Okay, so remember the description that puts PuraOre “right up my alley”?

The very first scene of the show is set at the “World Cup of Hockey” – a tournament that’s only happened three times in as many decades and never involved Japan, so already firmly fantasy. After a game-winning goal in the last two seconds, because that’s the only way any fictional sports game ever ends, the team magically changes into stage dresses at the drop of a hat and start into a peppy dance number.

That’s right, kiddies, this show has its back foot in the pop-idol scene.

Not that the U.S. previews will tell you that – both of the trailers by U.S. distributors paint the show as strictly a Mighty Ducks situation. And, to their show’s credit, dance isn’t really in focus again for the entire first half of the show, either. But it’s there, in the background, reminding you that this show isn’t really about a hot-blooded action sport.

Which, really, the fact that the main cast starts out in an embroidery club should’ve been my second and final tip-off.

But, you know, sometimes we’re dumb and stubborn. Myself especially, which is why I watched this show for nearly a month waiting for an actual game of hockey to start.

At least I took the third tip-off when that game had no stakes whatsoever. Sure, the script was never unclear that PuraOre is about hyper-obvious, turn-your-brain feel-good vibes. But I was holding out; why with ice hockey, a sport that regularly involves mid-game fistfight

Simple. Because it was different enough to get my attention – if for the wrong reasons.

Am I annoyed that the only ice-hockey anime in existence is a low-action fluff show?

Am I annoyed at PuraOre for being what it is?

Ultimately, PuraOre is a flighty little series based on a mobile game that hasn’t come out yet. Even without knowing the track record of these things, that doesn’t sound like the basis for complex, gripping television. And, honestly, it wasn’t.

But, you know what? Not everything wants to be, nor should be. In fact, anime peddles a whole subgenre that explicitly aims not to challenge the viewer – and that’s kind of where I like to hang out at the end of the day. Television is, after all, entertainment.

Sometimes it’s valuable to watch something that makes you think long and hard, to be sure. Sometimes it’s also valuable to watch a show that somehow merges your love for a specific sport with your love for the comfy and cozy. But important to both, as always, is setting expectations. Something sweet can still be unpleasant if you’re expecting savory.

All this is to say: