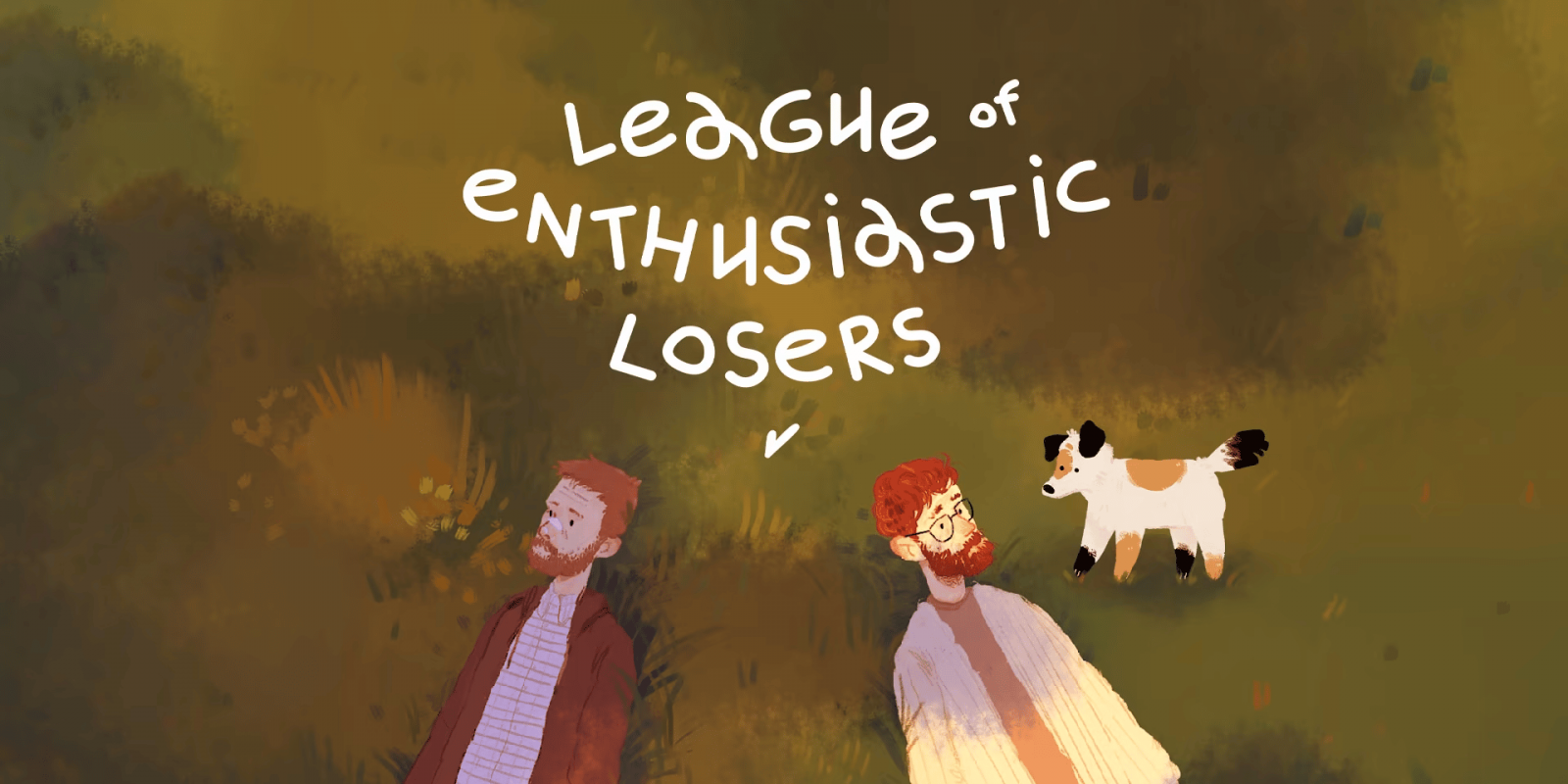 League of Enthusiastic Losers Review – A Dose of Melancholy

League of Enthusiastic Losers speaks deeply, if imperfectly, to a life experience that we don’t often see in games: weary late-thirty-somethings.

I’m a huge defender of short, palette-cleanser games. Even moreso those that aim to capture a specific experience far outside my own, offering a peek into a life somewhere across the globe. And better yet if they feature protagonists older than the genre’s usual, giving us players solidly in our adult years an avatar to latch onto.

League of Enthusiastic Losers is pulling that exact hat trick.

It’s not long – a quick jaunt through Moscow in the late 1990s – and a bit meandering on the path to its message. But being lackadaisical hardly means the game fails to leave its own impression.

League of Enthusiastic Losers is, as much as an adventure game, a series of atmospheric slice-of-life vignettes.

There is a core story thread running throughout, drawing protagonists Volodya and Vitya from one day to the next. But pressing as it is for them to make rent, this is rarely the sole driver of any individual moment. Rather, each scene is more about being emotionally present. Helping the neighbor’s kid fix up his broken plane. Talking through resentments with an old friend. Even when it is in focus, it’s there to serve the characters first and foremost.

But while it’s lousy with empathy, the script is betrayed ever-so-slightly by its English translation. While localization always has its hiccups, I found things slipping through more often – and more noticeably – than I expected. These largely come from dropped punctuation and awkward wording, but occasionally a whole line would feel clunky enough to force me to a stop to re-read more carefully.

Luckily, the experience is perpetually bolstered by some absolutely picturesque visuals. The quaint, painterly art style of League of Enthusiastic Losers is a joy from end to end, and I never got tired of seeing each new lovingly-rendered scene. It gives both the characters and the setting itself a distinct, scruffy appeal, and I found myself hanging on certain frames longer than I strictly needed to.

Unfortunately, a lot of what doesn’t work well about League of Enthusiastic Losers is, well, the game.

It offers you some basic dialogue choices, but those often feel like they ultimately don’t steer the game in one direction or the other. What’s more, they can confuse the game’s perspective. Specifically, while the story largely follows the the troubles of two friends, there’s a single dialogue choice you make on behalf of a third character late in the game. This likely won’t bother many players; personally, the abrupt inclusion of a third perspective-character felt jarringly out-of-place.

Most notably, the short interactive sections use controls that are unintuitive at best and jarring at worst. Where the game’s narrative sections are controlled exclusively with the left analogue stick and face buttons, its brief activities utilize the right analogue stick and the right bumper instead. This disconnect usually only resulted in a few seconds of fumbling around, then I was right back to it. One of these sections is time-sensitive, though, and I keyed back in just too late to pull off a success.

Luckily, these segments are a more secondary focus, serving more to break up the game’s primary walk-and-talk cycle. And, to that end, they do their job; the balance of the two felt just right, where I was never tiring of one or the other. But, while ambling dialogue has its own set of charms, ambling gameplay has an unfortunate tendency to feel like busywork.

It’s hard not to root for a game like League of Enthusiastic Losers. Not just because of its self-deprecating title – though that helps. But because it feels so specifically of a time and place. Even though I absolutely missed so many references to ’90s Eastern-European culture, that experience is evident in every screen. You absolutely love to see a story steeped in that much of a very specific flavor.

It’s all the more impressive given that the game’s main developer and artist is in his early twenties at time of writing. They would have been but a child – if alive at all – when the game is set, and haven’t yet lived through their characters’ weary mid-thirties. Whether though story collaborators or just a closeness to an older generation, that level of empathy in its writing is downright impressive.

And that speaks to the game’s greatest strength: its sheer earnestness. While certain moments feel a bit too convenient, most of the game’s conversations have an undercurrent of honest weariness. Even when I chose to avoid bringing up the topic of eviction with a junior neighbor, characters would openly bemoan their rent troubles in the very next scene. That level of forthright conversation lets everyone share an air of mutual support, despite and because of their collective doggedness.

You can choose to read that doggedness into the game’s faults – that its rough translation and disjointed controls speak to a weary state of mind. Or, for such a narrative-forward game, those issues will doo too much to undercut both the narrative and the game. The game as a whole feels like it fits between “can’t quite hold up its ideas” and “exactly as it means to be”.

League‘s neighborhood of underdogs are an odd mix, equal parts sardonic and optimistic.

But they make things work out. Not perfectly, but eventually.