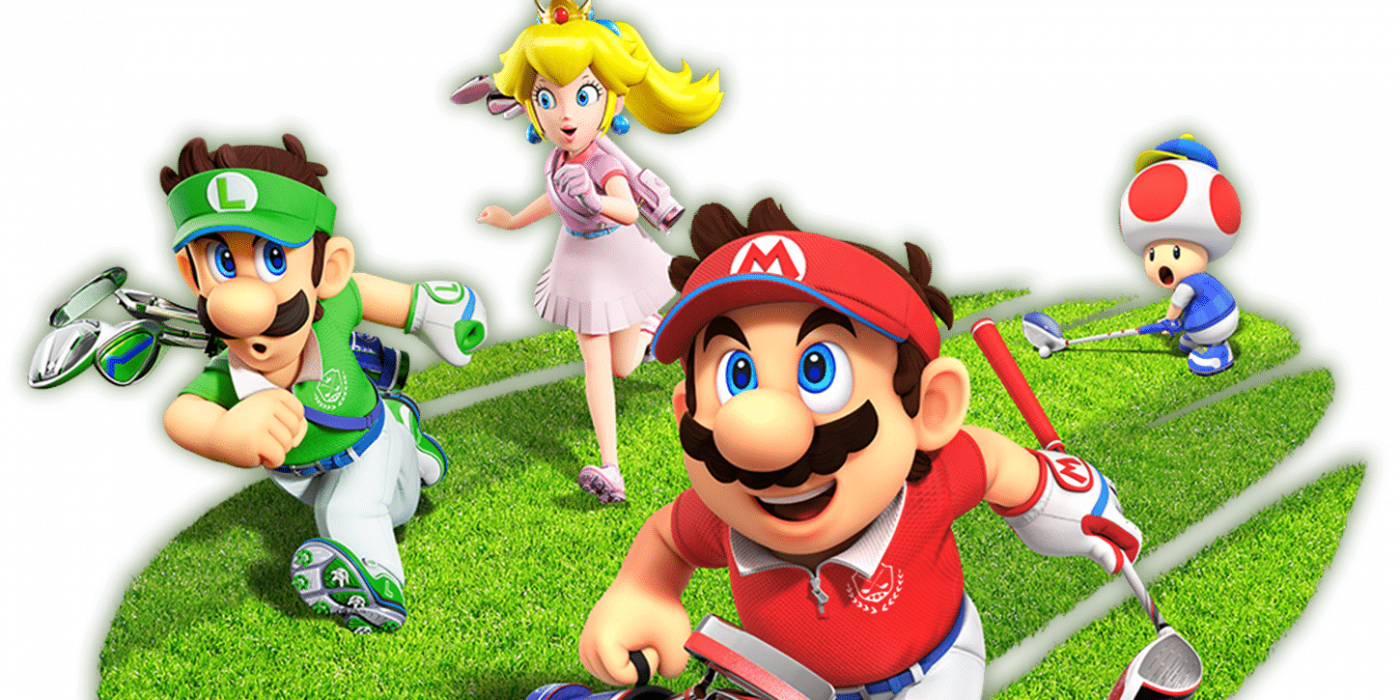 What Mario Sports Games Could Be Next?

We’ve been playing a lot of Mario Golf: Super Rush. It’s a fun Mario Sports game. After all, who doesn’t love taking on the back nine after a long day?

Yet as nice as it is to be on the course, this is something I’ve seen Mario do before. Now we don’t want to sound ungrateful to have Mario Golf: Super Rush, but Mario’s an active, mobile character with a huge cast of enemies, friends, and frenemies. He’s got the potential to do so much more in the Wide World of Mario Sports.

Games like Mario Tennis: Aces and now Mario Golf: Super Rush are always nice to see come around to new consoles like the Switch, sure. But what other types of Mario-themed sports and fitness games do we want to see on Switch? In case you hadn’t guessed, we have some very specific requests on that front.

We’re going to be focusing on games that haven’t had their own, dedicated games featuring Mario and the gang. So while we could (and maybe should) write a treatise on why we need a Mario Sports Mix sequel on Switch, that’s not where we’re going. We want to talk about what the perfect (hypothetical) next Mario Sports title could be. And we want it to be something that hasn’t been able to stand in the limelight yet!

And, of course, let’s temper our expectations by remembering that Mario Sports games are developed by Camelot Software on Nintendo’s behalf and that no sport is equally popular everywhere. So take what we list with a grain of salt, but it’s nice to dream about what could be coming next for the Mario Sports franchise.

We already had mini-golf way back in 1999, as part of the original Mario Golf on N64. But not only was it surprisingly simple—the courses are just letter-shaped tracks—it’s been suspiciously absent in the decades since. After a half-dozen new Mario Golf games with no putt-putt mode, mini-golf has seemingly been abandoned.

Which is, frankly, a surprise to us.

But that’s the thing. You might or might not enjoy Battle Mode in Mario Golf: Super Rush. Having a full mode built around putt-putting your way down a wacky green would be amazing.

Quite likely, actually! First of all, it’s been there before. Even if that was a long time ago. Second, Mario Golf: Super Rush already has a full engine for golfing and a healthy serving of course hazards. We don’t think it’s too much of a stretch to imagine Camelot adding a Super Mario Mini-Golf putt-putt mode as DLC for Super Rush down the line. It’s a no-brainer to extend the game’s lifespan.

Hockey, like mini-golf, is another Mario Sport that the series tried once and promptly discarded. Not to put down Mario Sports Mix, of course—I’m sure it’s lovely. But that Wii title seemed to either pass a lot of people by or get written off as a simple mini-game compilation. It kind of was, kind of wasn’t. But a highlight from the title was definitely the ice hockey mode.

Mechanically speaking, though, it wasn’t as deep as it could have been because it’s hard to add the in-depth systems and details that make a sports video game really shine when it’s in a package with three other (largely unrelated) sports.

Now, ice hockey requires a different kind of movement than Mario’s day job. (Is that plumber or adventurer at this point?) But we believe in him. He’ll be trading in precise movements and jumps for more aggressive, momentum-based gliding. The Mario Flair™ would have to come from unique power-ups, specialty shots, and different character archetypes.

Still, that’s nothing this cast hasn’t seen before—how much of Mario’s day-to-day move set matters in traditional golf, for example?

On the other hand, maybe this is a chance for Tuxie to finally get his revenge in the rink.

Abysmal, admittedly. Japan disbanded its professional ice hockey league in 2004. Its pro teams all belong to a greater Asia League now. Ice Hockey just doesn’t have equal traction everywhere in the world, so it’s probably not on Camelot’s radar after they gave it a spin in Mario Sports Mix. It will probably stay in the penalty box for a while. But we’d love for it to get back into the rink.

While we’re in Mario Sports Mix mode, let’s talk about volleyball. This sport is much better-suited to the series’ platforming pedigree. Volleyball was one of the four facets of Mario Sports Mix, but like hockey, it had to share the stage rather than get the solo love and attention that it deserves (and would need for a dedicated game).

And honestly…that’s a dang shame. Volleyball is about as well-suited to Mario Sports as you can possibly get. The core games’ moving and jumping from platform to platform is perfect for volleyball’s moving and jumping. You’re moving to the right places and jumping at the right times. Add in Mario Tennis-style zone and trick shots, and a Super Mario Volleyball game comes together naturally.

Better now than ever! Volleyball has a good following on its own, and is the focus of Haikyuu!!, possibly the most popular sports manga and anime. The sport has groundswell and is a natural fit for Mario. If we’re lucky, maybe we’ll see a Mushroom Kingdom volleyball court sooner rather than later.

It’s hard not to slip into technicalities here. The Mario & Sonic at the Olympics titles cover an awful lot of ground on their own. But even games like Game & Wario to Mario Party 9 pick up the spares, including the ever-popular bowling. But it’s just always as a mini-game.

Oh, Mario, you tease. How you flirt with so many but commit to so few.

Bowling is, on its own, a little basic compared to most other Mario Sports outings. It could require a little bit of creative padding to attract players. Luckily, there are a ton of other “roll/slide object at other objects” games to squeeze some creative use of a more refined set of bowling mechanics. Lawn Bowling (and its cousin, Bocce Ball) are ever-popular. Shuffleboard doesn’t feel too far off. Maybe even a dash of Curling could benefit from a robust bowling system?

Middling. As huge as Wii Bowling was a staple in most family homes in the late-aughts, there might not be enough meat on those bones to support a full-priced Mario Sports game. Maybe this one could convince players as thirty-dollar release, but it’s hard to imagine a $60 Super Mario Bowling picking up the spare.

To close out, how about a popular sport that Mario himself has never directly touched?

American Football is ubiquitous in the United States, to be sure, and Mario enemies have borrowed its imagery since Super Mario World. And while Rugby Football isn’t really the same sport, the two share enough similarities that one game could serve them both quite well.

Full-contact isn’t Mario’s usual style, sure, but that shouldn’t be a showstopper. Nintendo and its second-party partners are great about finding cartoonish ways of sidestepping violence. Running up to a Koopa and stomping on its head isn’t that unlike tackling a linebacker, is it?

…but really, can we throw Chargin’ Chuck a break, already? He’s been with the series since 1990, and in all that time, we’ve never once seen him play his true passion on-screen. It seems almost cruel to make him such a big part of Mario Golf: Super Rush‘s story mode in spite of that.

…okayish? Football is an obsession in America, and it is already played professionally in Japan. The sport has a strong enough following that the Green Bay Packers have a dedicated fanbase in Tokyo. The domestic popularity of Eyeshield 21 attests to its marketability in the country where people are greenlighting these games. And shimmying in a Rugby mode would give it even broader appeal. It’s not too surprising that we haven’t seen Bowser throwing the pigskin yet, sure, but I wouldn’t put it past him.

So What IS the Next Mario Sports Game?

Heck if we know. But there is a lot of room for Nintendo and Camelot to get creative. There are just so many sports in the world and a case could be made for just about any of them to get the Italian Plumber’s endorsement. Some maybe more so than others.

After all, it would be silly to expect to see something like a full game based on disc golf, ultimate frisbee, or something like a Mario & Tony Hawk: Half-Pipe Heroes crossover. Right? RIGHT?

What Mario Sports title are you hoping against hope to see after Mario Golf: Super Rush?