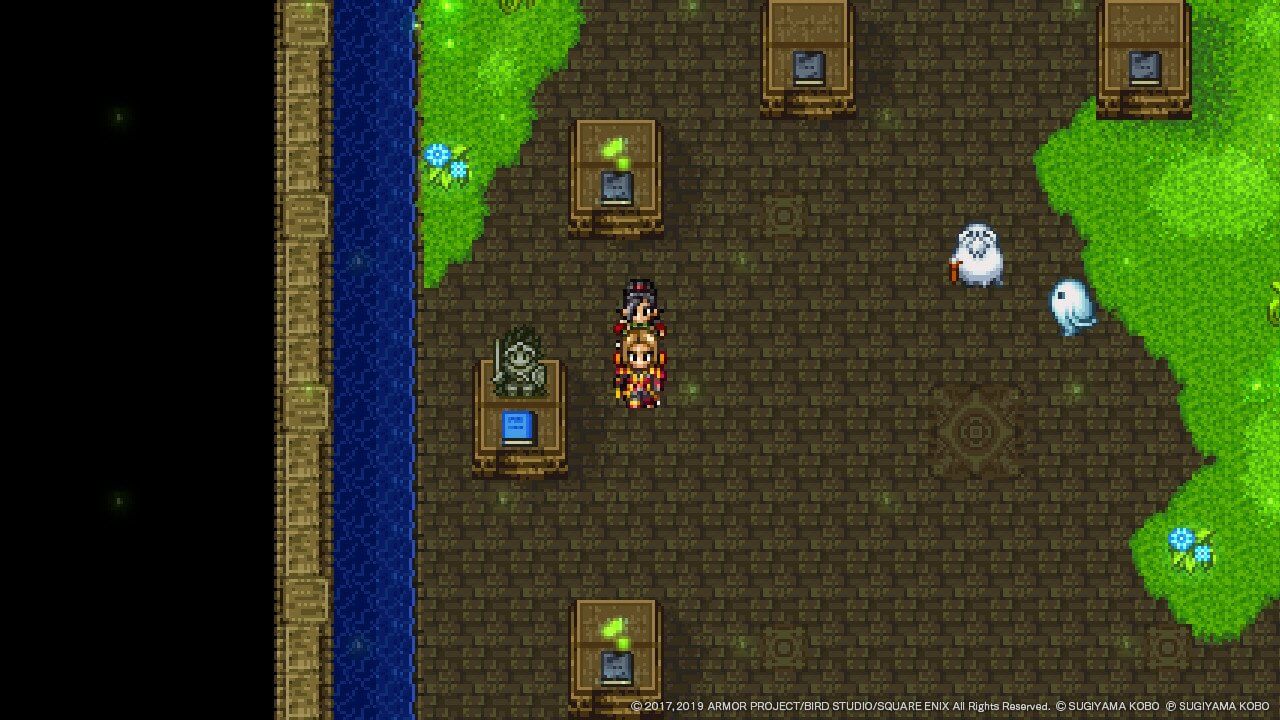 Dwellin’ on the Past: Fun Times with the Altar of Ages!

Dragon Quest XI S is filled to the brim with content. In previous posts, I’ve talked about the mini-games and (some) of the Tickington content like Tockles and pastwords. And like I said last week, this time around I want to focus on a special part of the Tickington side content: the Altar of Ages!

In Dragon Quest XI S, the Altar of Ages is where the action is. It’s really the only reason for visiting Tickington at all (as I said before, a LOT of the Tickington content was reduced from what we got in the 3DS version). Finding “pastwords” means finding lost pages, which you then place in books on altars. This allows you to visit past worlds from the mainline Dragon Quest series.

***There are a few spoilers ahead, so you may want to skip this entire post if you want to avoid them.***

Now, without further ado, here are some of my personal highlights from my time with the Altar of Ages. Another warning: It’s rampant with spoilers! You may want to beat the game and read this post at a later time!

If you’re cool with spoilers, then let’s continue, shall we? Here we go!

Marrying All Your Friends

Visiting Briscoletti manor from Dragon Quest V and getting to “practice” marrying all the different members of your party might be my favorite part of any past world. It made for some funny dialogue and sweet moments. It also adds fuel to the fire that Erik and the Luminary are in love with each other, which I can 100% appreciate.

Not everyone wants to marry you though. But, I mean, Rab is your grandfather, so can you really blame him? I was a little sad that Jade keeps the Luminary in the brother zone (because I’ve been shipping those two since meeting her in the PS4 version for the first time), but it makes sense. They are kinda like adoptive siblings, right? Oh well.

The good news is that Serena is apparently gushing over the Luminary (which I know a lot of players will love), and Sylvando is willing to do anything if it makes people happy.

Dragon Quest V is one of my favorite games, so it was nice catching up with some old friends from that entry, including Rodrigo Briscoletti and all the brides!

Another highlight: Getting to visit Keifer from Dragon Quest VII and seeing what he was up to during all the time he was missing from your party in the original game. It was nice seeing him being happy and married (and also unsurprising to see that he’s still kind of a turd). I mean, he’s literally holding a sword and won’t help your party fight a monster that’s two feet away, but I guess that’s a rant for another day.

During this segment, however, you have to revisit the Rainbow Mines, which was one of my least favorite dungeons in Dragon Quest VII. And it’s your second time visiting it for the Altar of Ages! Yeesh.

Either way, I enjoyed getting to catch up with Keifer and seeing some content that also added to VII‘s story.

The Prince of Cannock is still as flakey as ever, but what else could we expect from the guy?

Like in the beginning of DQ II, you have to hunt him down–only this time, it’s across worlds and not just towns. Along the way, you bump into a host of other Dragon Quest favorites, revisit several iconic areas, and attempt to find the Walking Coffin himself.

I get it. The Prince of Cannock is arguably the most memorable character from II, between the running jokes that he’s always dead and the fact that he’s hard to track down AND refuses to leave a bed in Berin for no real reason. So it makes sense that they’d want you to relive some of those (frustrating?) moments from II.

Personally, I really, really appreciated the callback. I found it hilarious.

Let’s take a moment to discuss the Cave of Rendarak.

That’s right! The most infamous dungeon (in my mind, at least) in the entire Dragon Quest series is back! I was able to make it through the pitfall area on memory alone, but memory couldn’t save me from getting lost in the hallway mazes that follow.

While this wan’t the most fun I’ve had at the Altar of Ages, it was extremely memorable since it pitted the heroes of XI against the nastiest of nasty dungeons. So, yeah, I have to include it on my list of highlights here.

And as in Act 2 of Dragon Quest V, Saber is fully grown and feral now. You have to calm him down by getting Bianca’s ribbon.

If there’s one thing I can’t stress enough, it’s how much I enjoyed the way these past worlds interacted with each other. You could dismiss it as purely fan service, but that doesn’t diminish the fact that it left a big goofy grin on my face.

I’ll admit, I was a little disappointed in the content from X that appears in the Altar of Ages. It’s only two spots, both are rather small, and there’s no dungeon to speak of.

This may be the closest we ever get to having Dragon Quest X in English. At this point, I’ll take what I can get. Plus, we get some canon English names from X, and learn a little bit about the world. Even though it comes across as a bit of a tease, I still liked getting to see a teensy bit of content from X.

Lastly, we have to discuss the ending. Getting through all the books, nets you some cool statues of the heroes from those past games, and then you get to fight some bosses inspired by the final bosses from the mainline games. It’s pretty fun, even though I’m a little sad the only big boss we actually ever get to fight is Baramos.

Once you get through all of that, there’s a brand new SUPERBOSS that you can even take down back in Erdrea. You can read all about my fight with it here, if you want.

Whether you decide to play through all of this stuff or just some of it (like my DQFM co-host, B.J.), it’s really up to you. I’m still not sure newcomers to the series will like that much, since so much of the Altar of Ages content relies on nostalgia and playing the mainline games before.

As for me, I loved it! It was a welcome addition in XI S, and I would love to see a similar thing appear in future Dragon Quest games.