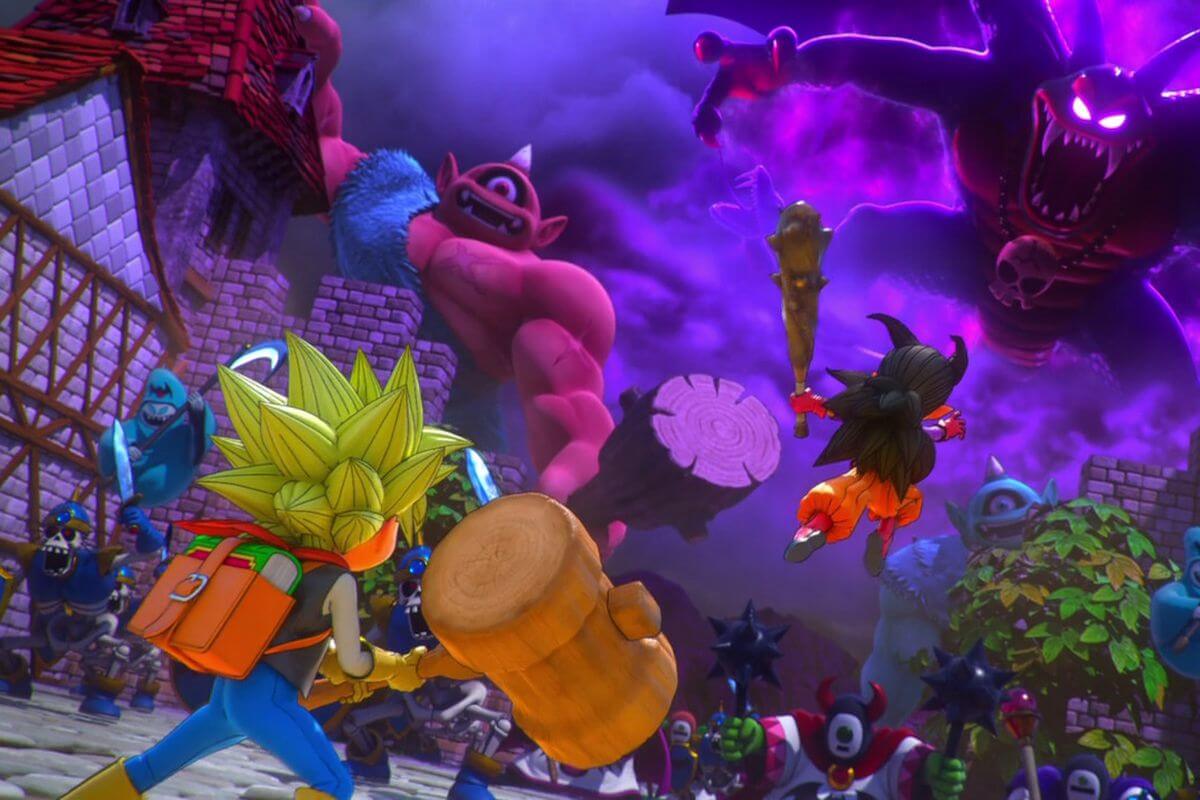 A few weeks ago, I posted my early impressions on Dragon Quest Builders 2, which you can find here. I decided to wait about writing up my final thoughts on the game, because there was a lot to consider. So, finally, this week I decided to post all of my last impressions of the game: the good, the bad, and the ugly. Are you picturing Clint Eastwood in a cowboy hat and biting down on a cigarette? Because you should be.

I know B.J. and I have discussed this game a lot on the podcast, so you may be tired of hearing me ramble about it. However, I also know some people read the blog and don’t necessarily listen to the show. I’ll try not to repeat myself here too often, I promise.

Also, fair warning: there are some spoilers ahead! So if you haven’t beaten the main story, you might want to play that and read this later.

There’s a lot of good stuff in this game. It makes improvements from the first Builders game in almost every single way. The crafting system is better, combat is easier due to having Malroth as a sidekick, and the boss battles are way more fun. There’s also more of a story, and the second game feels more structured than its predecessor.

My favorite part of the entire game is just running around the Isle of Awakening and building stuff. It’s a sandbox game, so that’s a good thing, right?

And this might be the best sandbox game I’ve ever played. I was never into Minecraft, and I only dabbled in Lego Worlds. I spent a ton of time building levels in Disney Infinity 3.0. Still, this one feels the most refined. However, I wish there wasn’t so much stuff being locked out due to story constraints (but we’ll talk about that in a sec.)

Another favorite part? Malroth, of course! He’s your trusty sidekick through most of the game. And when he’s gone, it certainly makes the game less fun. Thankfully, he hangs around for most of Builders 2, so you can take advantage of his battle prowess AND enjoy his banter. And because you have him tagging along, the combat is much better than it was in the first Builders game (although, honestly, the combat still isn’t all that great). You even get special moves, where you partner up with Malroth and cause epic damage to baddies.

I wasn’t the biggest fan of Skelkatraz, but I did enjoy the fact that you basically participate in a jailbreak movie with a slime as your #2 guy. Very fun stuff, indeed.

Late in the game, you even get a car/hovercraft called the Buggy Buggy. It’s a terrible name for a great thing. It makes getting around much easier, and it was fun to build. Driving around Malhalla felt like scooting around on the moon as Neil Armstrong–only Buzz Aldrin isn’t around, because he’s currently turning into a reptilian god of destruction.

[Yes, I realize there wasn’t a Lunar Rover when Armstrong and Aldrin landed on the moon. It was joke. Just chuckle and move on.]

There isn’t a whole lot of bad stuff in Dragon Quest Builders 2, actually. Overall, the game is really great. However, I did have a few complaints that I thought would’ve helped the game play a bit smoother.

As some of you know, I hate the Bottomless Pot. I had trouble getting it started early in the game (because I’m an idiot???) and even once I figured it out, I still hated it. It seemed to only work the way I wanted it to about 50% of the time. It either didn’t fill up enough space correctly, or it’d flood too much of an area. The quests in which you have to fill large areas with water (like the river on the Isle of Awakening) were my least favorite quests in the game. They were repetitive, arduous, and boring.

Like I mentioned in an earlier section, I also wish so much stuff wasn’t locked out. This is because of the story, I know, but that doesn’t mean I have to like it. In fact, I think locking out so much stuff behind 50-60 hours of story is probably really alienating to a lot of people. I’d be interested in seeing how many newcomers to the series were turned off by it.

I mentioned earlier that combat is easier because of Malroth, which is true, but combat continues to be the least fun part of these games. I wish they’d either refine the combat for the builder or at least make combat occur less often. And speaking of combat…

We should call this section: “Austin Hates Moonbrooke More than Anything.” Seriously, I hated that place. It took the game’s least fun mechanic (combat) and made you do it for hours on end. Want to build in Moonbroke for fun? Too bad. Because constant waves of annoying enemies are going to be destroying anything you try to build, and they might just K.O. you in the process.

On top of that, Moonbrooke is much too long. This is the part of the game that really starts to drag. This is where I felt the game was too long, had too much fighting, and had too much dialogue. It was all just TOO MUCH.

If the game had gone from Skelkatraz to Malhalla, I would’ve enjoyed it waaaay more. I think that would have fixed the dragging, most boring aspects of the story, too.

Oh, and the boss fight here (like all of Moonbrooke, really) totally blows. I don’t think I’ve really enjoyed fighting Atlas in ANY of the games he’s appeared in, and DQB2 combines it with multiple waves of 50+ enemies. No thanks. Hard pass. 0 Stars.

Overall, I think Dragon Quest Builders 2 is a great spin-off for the series and a great sandbox game. Do I think it’s perfect? No way. And while it’s not my favorite spin-off, I enjoyed almost all of my time with it (just not those 15ish hours in Moonbrooke).

I still think the game is too long. I would’ve had more fun with it if the story was closer to the 30-40 hour mark instead.

If you haven’t played it yet, I recommend giving it a shot. But if getting through a 50-60 story to unlock most of the sandbox mechanics isn’t your thing, then you may want to stay away. Still, it’s a fun game with one of the most memorable DQ characters to date (human Malroth) and it’s a blast to build.