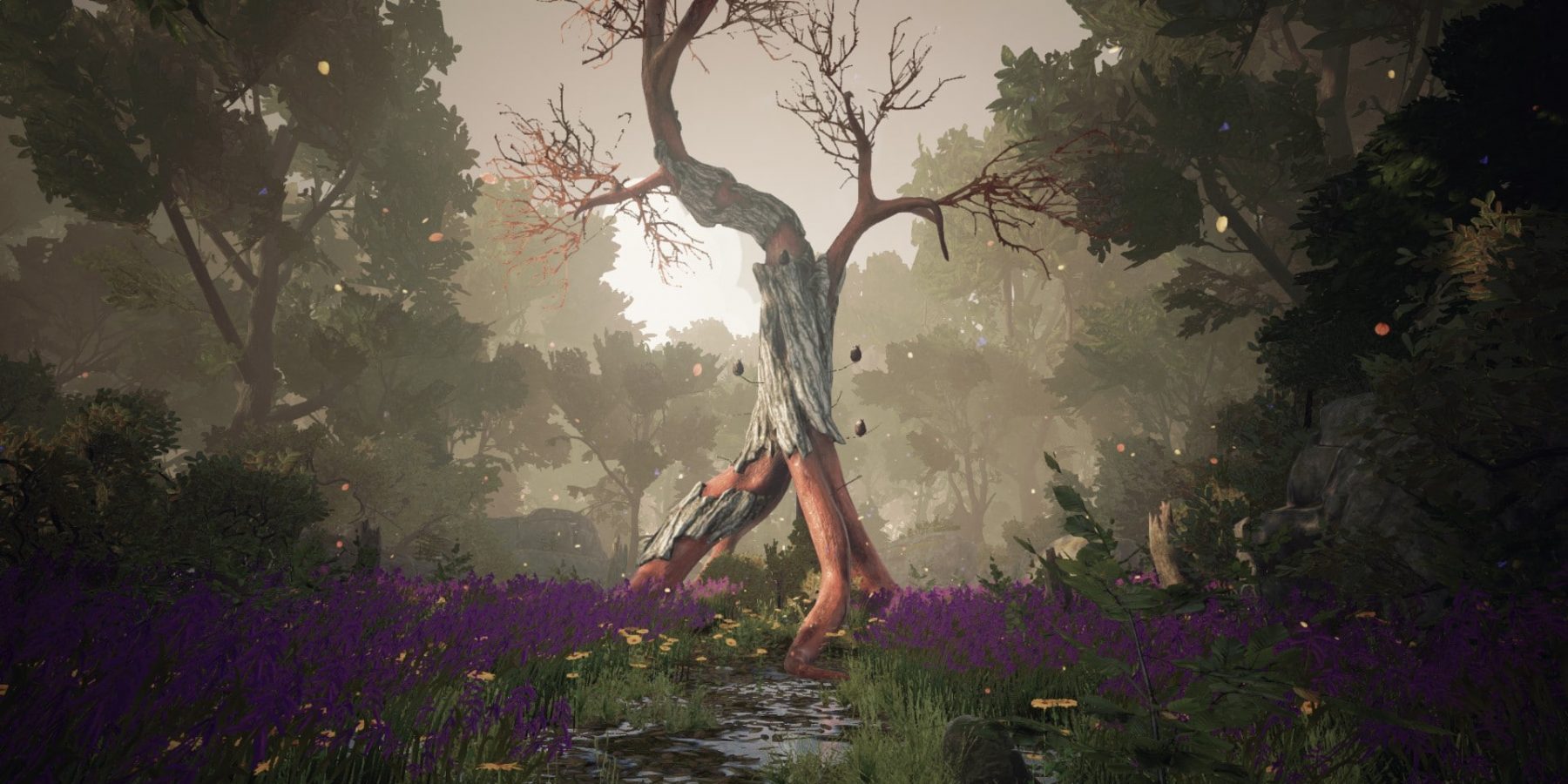 Blacktail is in development for PC, XBox Series S & X, and Playstation 5.

A code for the Alpha of this game was provided by developer The Parasight.

What can you tell me about the Baba Yaga?

Our grasp on world folklore tends to be spotty at best, and beholden to The Walt Disney Corporation at worst. I can recite the entire structure of the 1992 Beauty and the Beast to you, but I have no concept of how much of that is actually taken from La Belle et la Bête. And asking about Celtic heroes is out of the question, let alone anything from outside the European subcontinent.

I can’t speak for every region of the world, or even for everybody within mine. But there are just a lot of stories out there, even among those that have been told for hundreds or thousands of years. Unless it’s explicitly what you went to school to study – and likely even then – you simply aren’t familiar with every folktale, even if you recognize them by name. And that can make things a bit awkward when you come across “the real thing” later.

But Blacktail has turned that blind spot into a space for play.

Of course, Blacktail is hardly the only offender here.

Mundaun is probably the most apt example in recent memory – its monsters and even language are hand-picked specifically because most players lack any context for them.

But I haven’t played Mundaun, because it’s a horror game and I so rarely have the constitution for those. Sorry about that; I hear it’s a gem of a game. So let’s use possibly the most mainline example in video games.

I won’t pretend to know how far God of War twisted its take on the Greek pantheon. It took embarrassingly long to learn how loosely Clements and Musker wielded them in 1997, after all. But the Norse? That’s something I have a fondness for. So whenever something passed me by in the 2018 reboot, I had the joy of quoting Captain Rogers:

And getting the reference, it turns out, was just enough to also get annoyed.

I’ll admit, Odin could be more than a bit cocky and even petty at times. Turns out, gods adored by Vikings were more than a little bit self-serving. But my understanding is that he was hardly the big-bad evil tyrant the 2018 reboot insists he was. And, while it’s the most over-arching example, it’s just one symptom of how Santa Monica interprets the Germanic pantheon. So much so, in fact, that the series’ fan-run wiki relishes in recording the characters’ actual mythology separate from their God of War mythology. There’s just a little bit of twisting the existing story to fit a convenient structure, there.

Which, it turns out, works fine in the end, pedantry be darned.

In fact, it’s what works most Blacktail‘s advantage.

I Say Baba, You Say Yaga

Ask me-from-last-week what I knew about Baba Yaga, and I’d tell you that she’s a witch. A boogeyman. A catch-all for the thing that goes bump in the night.

For a game that styles itself on telling the origin story of the Baba Yaga, I was a bit struck when, sixty seconds into its tutorial, Blacktail asked me to define my version of the character.

The thought hadn’t even crossed my mind before picking up the game. And, of course, my monkey brain reflexively picked the “good” option, because that’s what usually leads to the better ending in a video game story. And, as it turns out, that drives a lot about Blacktail from square one. A choice you make before you even really start playing decides which characters you’ll aid, and which you’ll betray.

And, upon being told that Yaga inherently preferred the direction of a noble knight ( Err… a knight-mushroom. It’s complicated. ), I had to take a step back. Surely that doesn’t seem in-character for the old witch of the woods?

So I took a minute to close the game and check a few sources about her.

And that “minute” turned into its own multi-hour rabbit-hole.

Oral tradition is a complicated beast that I can hardly do justice here. Check with your local library; it would be unfair of me to guide that research for you, aside from the recommendation to read broadly. People are complicated; 400-year-old people, doubly so.

Of course, once I learned of the many directions the Yaga had gone over the ages, I resolved to play as far through as Blacktail would let me under both paths. The trickster and the steward. The cruel and the caring. But whichever route I took, I felt compelled to lean into it even further. In for a penny, in for a pound.

I don’t know if Blacktail was trying to be a game about pre-conceptions., It’s the work of a Polish studio, after all, and made by folks more likely to have grown up with stories of the Baba Yaga.

But, for an international audience, they’ve succeeded one way or the other.

The Baba Yaga is a woman of mystery indeed. And, if even in the smallest way, I feel like I get to reinvent her for myself.

Which is, to some extent, what folklore is in the first place. People hear a story that they like. They absorb what they like, reject what they don’t, and add something new that’s all their own. And that’s how you get the quippy, jockish version of Thor in the current slate of Marvel movies. But it’s also how you get Dragon Ball, and Persona, and half of all Pokémon.

Folklore exists to be retold, and to change.

Which to keep, and which to discard, are up to the next generation of storytellers. Blacktail is an invitation to join them; to enforce the tales, or to turn them around.

An old story for a current age.