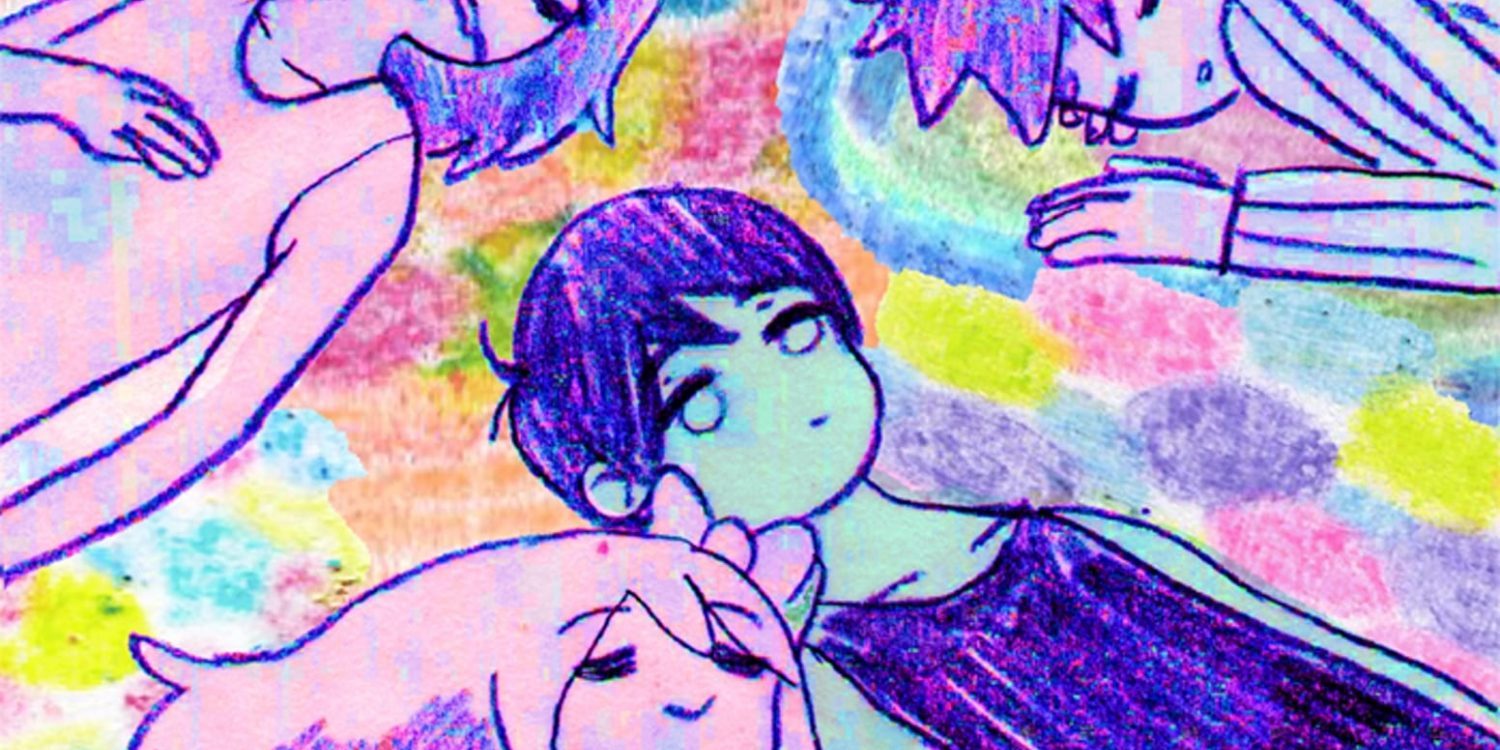 OMORI is available on Steam.

As a general rule, I don’t enjoy horror.

I personally blame Disney World’s entirely-too-effective Alien Encounter, but any root cause happened so long ago that it almost doesn’t matter. The long-term effect is that, for functionally my entire life, I’ve avoided the whole genre out-of-hand. And the sentiment I’ve stuck by all that time is, more or less:

“Why would I choose to watch something designed to make me feel uncomfortable?”

Which is, of course, horse hockey.

I’m as big a fan of Pixar as the next person in line for a ticket, and I walk into those stories knowing there’s a solid 80% chance it’ll have me sobbing in public. I booked a whole day to watch the reboot of Evangelion, a series notorious for using its beloved cast as psychological punching-bags. You know, stories designed to make the viewer uncomfortable – just in a slightly different way.

So why should I be fine with one and not the other?

Better yet: why should the two be separate?

Maybe this sounds thuddingly obvious, but they’re not. The best dramas will constantly endanger their characters’ emotional well-being. The best horror – or so I’m told – has you invested in the people you so desperately hope will survive the night.

And OMORI is clever enough to tie the two together and drive them both home, time and again.

Case in point, little Kel and Aubrey, two of your best friends in the world. They’re always happy to help out, each upbeat in their own way. They also get on each other’s nerves every single time they talk to each other.

In a game that has a rock-paper-scissors type system based on personality types.

It’s all but plastered all over that these two will boil over sooner rather than later, possibly quite violently given that you’re inside a JRPG. You can see it coming from seven miles out, and it’s not clear that you can avoid the Kel-Audrey bomb going off if you continue to play. This is between the two of them, after all. The only option is to watch and wait in the meantime, knowing that these two are primed to tear each other down.

What could cause you greater distress than powerlessly watching your loved ones suffer? Or, worse yet, being responsible for injuring them yourself?

Without touching on the actual plot, needless to say: any “horror” in OMORI is built around letting people come to harm, and not necessarily with a knife.

As much as horror story tries to prey on our vulnerability, a heartfelt one asks you to become vulnerable.

What’s In the Dark

And everyone involved is openly, unflinchingly accepting of just how hard that is.

In a way, OMORI felt like it was speaking directly to me, the player uneasy about the the whole affair. From the word “go”, I always had its “psychological horror” tag nagging at my brain, not knowing which nook or cranny held some fresh terror for me. And possibly the only person who wanted to push onward less was the main character himself, too frozen in fear to so much as climb a ladder.

But, crucially, that’s never painted as inherently shameful. Omori’s deep-seated fear is just part of who he is, and it’s pointless to chastise him for it or force him to muscle through. Instead, whenever this might prove a setback, his friends will stop and talk about it. Acknowledge what’s unfair to ask of him, and think together of a way forward that’s still within his comfort.

And, indeed, OMORI itself knows when to punch, and when to pull back. There’s an intense sequence early on that made me want to walk away from the game and not look back. But it’s mercifully short, and afterward the game set me gently down in a familiar, colorful environment to put me right back at ease. Then, when the next bout came, I was ready and rested for it.

It has traditional Boss Battles, like every other JRPG. But OMORI also has Boss Scenes, where once in a while, you as a player are asked to stare down something that might personally terrify you.

But if your character can withstand one Boss, you can hold fast through the other. Both are just temporary roadblocks, and you come out the other side of each a stronger person.

Every time I’ve been pushed toward this horror series or that thriller movie because “oh, it’s not that scary”, I always brushed them off. The recommendations always seem to come from somebody with a stauncher constitution, whose scale is dialed way further up than mine.

But ultimately, while not every genre has to appeal to everyone – I don’t expect everyone to adore cutesy slice-of-life anime – horror is a bit of a special case. More than most, it represents a particular cornerstone of the human experience.

Not one that I’d want to touch on a given Thursday. But one that’s still important to, well, being human.

What’s that? Not engaging with an emotion – especially a negative one like fear – is a set-up for disaster? Gee, where have we heard that one before if not absolutely everywhere? Maybe it’s time for me to actually heed that aphorism, even if it puts me in an uncomfortable place.

I’m still not going to get caught up on Halloween or anything.

But maybe I’ll take in a gothic vampire drama or two, or a Satoshi Kon feature at the 1PM anti-witching hour. Maybe scope out one of those zombie flicks that Geektitude keeps recommending.

I could do with working a bit of healthy distress into my diet.

Not too much at once – but still at least taking it in rather than trying to block it out entirely. Even if it’s only a smidge here and there, couched in the context of the familiar.

That, in a nutshell, is OMORI.