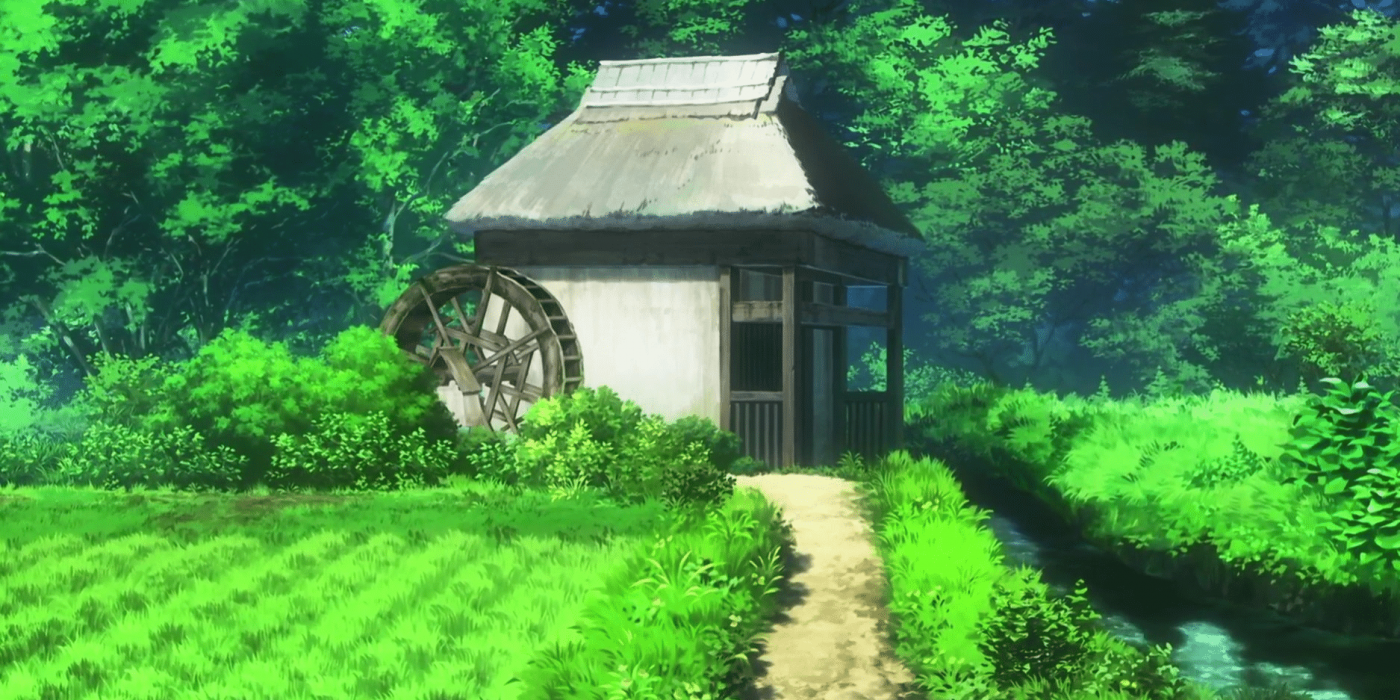 Non Non Biyori is available to stream on Crunchyroll and HiDive.

Non Non Biyori is famously one of those “nothing happens” shows.

For the uninitiated, think of Animal Crossing – which, as per interviews, was explicitly built to capture this exact feeling. You go move into a town. Everybody is almost stiflingly pleasant. You settle in and just… have a nice time.

Nobody can really explain in simple terms what you do in Animal Crossing. It isn’t goal-oriented like that. The point of Animal Crossing is just to exist, and to make that existence more enjoyable.

Which is also the whole point of Non Non Biyori.

And it has a wealth of peers in that respect, from the simple-yet-artistic Hidamari Sketch to more outright comedies like Hitori Bocchi to the short-and-sweet manga Our Wonderful Days. It’s basically its own genre at this stage – there’s even a little colloqual term “iyashikei” used to describe this particular strain of shows.

Some people find the TV version of “this space intentionally left blank” to be utterly dull, to be sure. But enough are hooked on their sense of overwhelming catharsis that at least two more come out every season.

That pervasiveness feels wild considering that we don’t really have many U.S.-produced equivalents besides Winnie-the-Pooh.

“Nothing really happens, but in a really good way.”

But of all of the dozens of shows I could name, Non Non Biyori feels like the queen of that particular hill.

You want a show about empty space and living the slow life?

What better place than the deep countryside?

We Can Stop Here; This is Comfy Country

More than anything else, Non Non Biyori feels inseparable from its background art.

I don’t know that it’s even particularly better than any other series. But it’s absolutely central to its appeal, maybe even more than those explicitly about travel or photography.

It’s a shame how great backgrounds are like smart architecture and design; if they’re doing their job right, you rarely notice them. But when you stop and look, any given show is cycling through dozens of digital paintings inside a twenty-minute episode.

It’s distinctly different from, a live-action series where you film on set. It’s not trivial to scout a location, find a flattering angle, and shoot it with everything framed correctly. But in animation, it’s almost equally stagecraft, where each scene has to be tweaked and made-to-order. There’s more freedom in that, absolutely. But it’s also an additional burden to paint and texture every detail where, say, nature already made the field of grass for Julie Andrews to frolic in.

So most anime cut that down the middle and use real-life locations as a starting point. They’re still deliberately picking “sets” for the characters to perform in, but they’ve been painted over and embellished in a way that gives them new life.

And the results are, to put it mildly, aggressively charming.

And compare that against the town of Shimozato that artist Atto and studio SILVER LINK used as a reference. Even with its saturated, lively greens, the locations in Non Non Biyori still read as genuinely, comfortingly authentic. More than any travel brochure or tourist attraction, that earnesty is what makes me desperately want to visit a place.

By the by, it’s also one of the many reasons why I’ve fallen in love with Yuru Camp.

( I am once again imploring you: go watch Yuru Camp. )

That genuine adoration for its setting probably wouldn’t affect me nearly as much if it was set in, say, Tokyo or Venice or some similarly larger-than-life destination.

Those places are impressive, sure, and I love seeing them. But they just don’t hit home for me.

I grew up in Iowa. Not exactly in a small town, to be fair. But our house was at the far edge of the suburbs, and I could walk to the end of our street in sixty seconds.

And from there, it was an unobstructed view of absolutely nothing. Rolling hills of grazing-grass all the way to the horizon. Maybe a smattering of cattle depending on the day.

Now, I’m not quite nostalgic for the exact experience of Non Non Biyori, obviously. Their countryside is different than my countryside. But there’s enough similarity there that it still triggers sense memories for me.

Take this shot. On its face, it’s pretty unassuming. A couple of sheds, plain power lines, a few scattered boxes and planks. Just a turn-off on a gravel road.

But I take one look at those sheds and know exactly what they look like on the inside. The inner walls are unfinished, and you’re lucky if there’s a cracked concrete floor. Probably lit by a single bare bulb. Shelves up the walls to maximize space, but there are still tools, hose, and especially loose screws scattered on the ground. And if there’s one eight-by-eighteen-inch window on that thing, it’s so dirty as to be useless.

And I could be wrong; “the every-shed” almost certainly looks a little different on the other side of the Pacific.

But I wouldn’t he having that sort of reaction in the first place if somebody wasn’t paying very close attention to exactly what’s on the canvas.

I haven’t lived out near the country for most of a decade now. My day-to-day is – or was – communing from one part of a metro area to another. Nowadays, most of my experience with rural towns is driving pas them at sixty-five miles an hour.

But a side of our family is still deeply ingrained in that small-town life. Back when we could go visit, it was a regular fixture. Sometimes I’d arrive in the county well before I’d planned, get out, and go on a walk. Smell the air. Watch the people not go by.

Me personally, I don’t need help slowing down. Never stopped being a homebody or dedicating entire weekends to .

But sometimes, it’s nice to find a part of the world that’s slowed down to my baseline.

Even and especially if it’s animated.