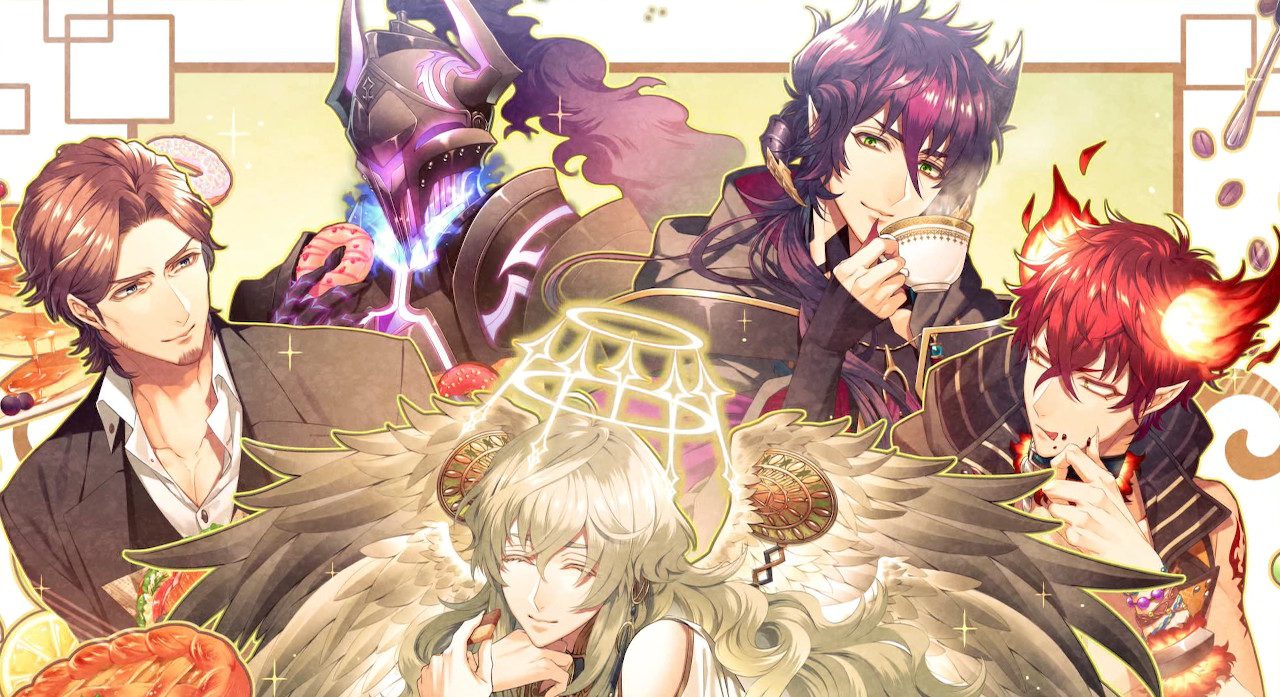 There’s nothing wrong with them, really. But I still hadn’t touched them despite being a fan of other kinds of visual novels.

I’d just come to the same conclusion I use to avoid any horror feature, or first-person shooter, or Hallmark Christmas movie:

Which is, of course, a ridiculous statement to make about an entire genre. Role-playing games – even just those made in Japan – can scarcely resemble each other. Comparing the light-and-fluffy Pokémon to the tough-as-nails Souls games to the hybrid life-simulation Persona is nearly pointless.

But it’s also something we do a little reflexively, isn’t it? Raise your hand if you’ve gotten through your entire Netflix queue. Your Steam library? Just the physical books on your bookshelf?

We’re just spoiled for choice, and a lot of folks get picky about anything new they add to “the backlog“. Assuming you still even keep one, it inevitably grows faster than most of us can take in, like a still-running bathtub you’re trying to empty with a teacup. And one of the easiest ways to turn down that faucet is to just deflect entire swaths of stories, sight unseen.

Side note: yes, having too many entertainment options is the first-worldliest of first-world problems. But it’s kind of where some of us are at, even with basically no new movies coming out in the last eight months. It’s why I finish maybe one season of one show in any given month nowadays. And it’s why I basically don’t make unsolicited recommendations to anyone any more. Ain’t nobody got time for that.

But how do you expand your horizons to anything new that way?

Okay, so that’s kind of a cop-out answer. Unsatisfying, even if true.

So let’s untangle what I see as the two contributing factors:

First and foremost, exposure. About five months ago, I joined the (very pleasant) Chic Pixel Discord. They have a channel there to chat about otome games. Not visual novels, though. Their level of specificity goes from “any and all video games” straight to “the otome niche” – it’s just normal there.

And while I could just mute that thread, keeping it open had a boiling-the-frog effect. Pop in once in a while, see how excited people get, and think to myself “good for them”. It’s nice to have that dose of positive energy, but it’s also infectious. Of course curiosity would eventually nibble.

Even fighting games, which used to be a solid twenty feet over my head, have gotten approachable with similar amounts of time. Goof around with anything for twenty hours and see if you don’t learn a few tricks. You just… get acclimated.

And then, finding a route in.

Because, let’s admit it, a lot of genres are just obtuse, or cater to a specific audience. And in those cases, one of two things happens:

…arguably neither strikes a great balance. So, maybe unsurprisingly enough, it pays to stick to the same advice we give anxious first-time preschoolers:

Find something there that you like, and focus on it. Or, to put it another way:

This doesn’t necessarily even mean shying away from what makes the experience new and unique – just like you can’t go from zero-to-sixty on acquired tastes, completely avoiding the novelty defeats the point.

Instead, you bring what you already love with you to a new “home base”.

For me, that’s turning out to be Café Enchanté.

It’s hooked me with a foot in the door: I’m the kind of nerd who weighs out the grams of coffee he brews each morning. A café ambiance for the lion’s share of the story? Sign me up, obviously.

Then there’s the art. That’s something pretty strong across a lot of the genre, to be honest, but… dang. Just feast on it:

But, more than anything, it’s the tone. It’s how, for the most part, every named character means well. The conflict is low-stakes, considering the beast-man and the armored dullahan hanging about. I just has the kind of positive energy that’s endemic to the kind of story I want to curl up with oh-so-much of the time.

And yeah, I’m sure it gets melodramatic and even a little angsty down the line. But between you, me, and everyone else who reads this? I love endearing slice-of-life stories that turn on me and rip my heart out. Always have. (Thanks, Jun Maeda.)

And I would’ve taken ages to arrive at something as charming as Café Enchanté through safe choices – and would’ve just bounced off the new, popular kids on the block entirely. Yes, “dark” and “sinister” otome are getting marketed as entry points for male audiences recently. But that style isn’t for me.

Cozy banter over coffee is.

So Café Enchanté doesn’t really benefit from comparison to – or contrast from – other otome titles. Not to me, at least.

Not for lack of commonality, which I’m sure it has. The reason is even more basic:

I love how it reminds me in many ways of Key Visual Arts’ overly-saccharine stories. I appreciate that it’s excited about its own scenery in the same way that Yuru Camp is. And that, at the end of the day, it radiates a soft optimism that just feels good to me.

That’s how you rope in a newcomer.

You find out what their comfort zone is, you find something that’s already there, and you let the meeting play out.

Yeah, it feels basic and obvious in retrospect. But it bears repeating, because I find it just as easy to over-analyze my way into something new. You have to find something well-respected, that isn’t too out-there, that ticks all the right boxes on a list. Except that you don’t. That’s a recipe for a sanitized decision, not an emotional connection.

Feeling like you resonate with something is a far stronger draw than anything I can actually put to page here. So go judge a book by its cover, or at least the first couple of pages. Trust your gut.

The heart knows what it wants.

And sometimes, that’s an americano and a handsome man with no head.

#VNNovember is part of the Community Game-Along series organized by M Disk Playlist. Read more about it here, and check out our own CapsuleJay’s participating streams here!