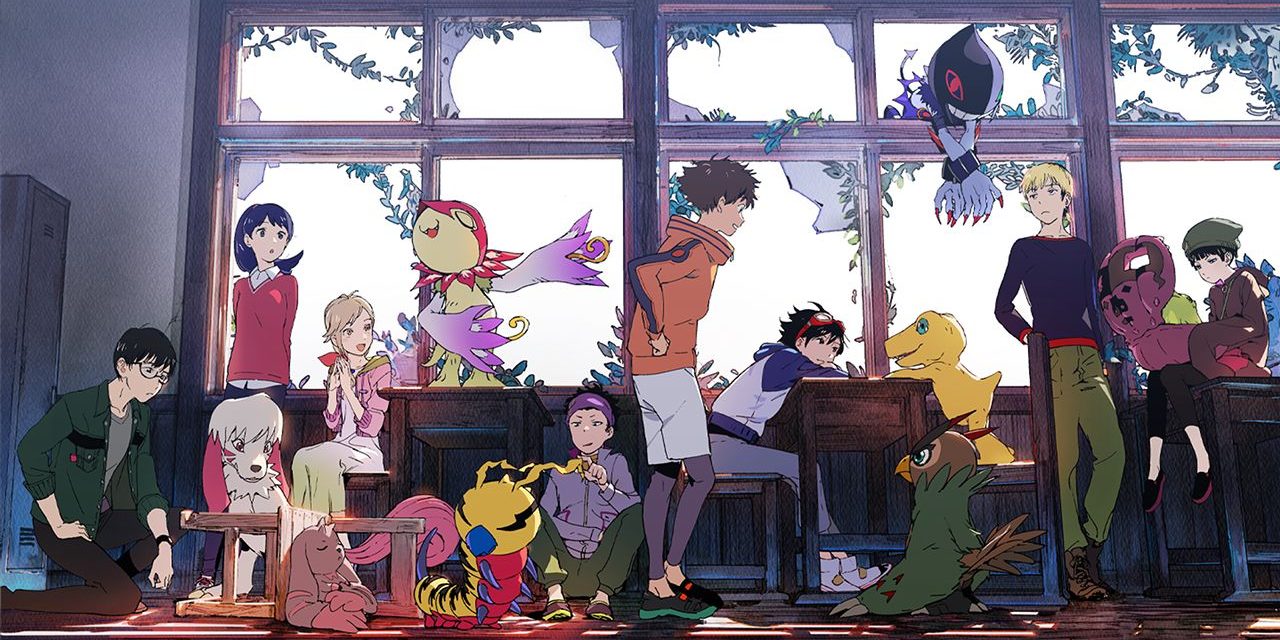 Digimon Survive is available for PC & XBox One, Playstation 4 & 5, and Nintendo Switch.

I don’t think most people need to play Digimon Survive.

It’s chicken soup for my inner ten-year-old Digi-fan; a fresh serving of the old “seven kids and their monster partners” formula that I’d cozy up to on a Saturday morning with a bowl of cereal. A nice, long, only-sometimes-challenging reading assignment. And just a little bit of a JRPG to throw in a knee-high hurdle every now and again.

But most people won’t care for a one of those things I find oh-so-attractive. So much of Digimon builds off that first season of anime that they might not have a lick of nostalgia for. “Long and unchallenging” is so often a recipe for boredom. And the 70-30 mix of “reading text” to “getting in fights” just isn’t what most folks want in a game.

It’s a game chock-full of what could be red flags, but when your chair is at the right angle and you have the right pair of glasses on, they become a wave of green.

Or, put in a more meme-centric way:

So I’m going to undercut a good chunk of my own writing here:

Not because people grade on the American-high-school “65% is a failing grade” curve. But because everybody’s rubrick looks different. I can hand-wave garden-variety gameplay if the framing and worldbuilding grab me; other folks on this very site will skip past every cutscene just to get to the next action sequence. The Ys series’ rockin’ soundtracks aren’t exactly my speed – resident streamer CapsuleJay adores them. And our former podcaster Void would despise how Digimon Survive has you slow down and settle into exploration sections, often explaining over three scenes what could be communicated in two or three sentences.

I could say that Digimon Surive is an eight-out-of-ten to me so far, but that would mean nothing to any of those people.

A number with no context is just a data point. And you can’t judge a book or its cover based on math.

* In Defense of Statistics

I’ll admit that review scores are useful – just in aggregate.

The great and terrible thing about the contemporary internet is that there are just so gosh-darned many of us. Reading the nuanced takeaways from just a dozen different people with as many different backgrounds for every story that crosses your path? Crazymaking. Looking at an overall curve, getting the temperature of the room and a likelihood that something in your general wheelhouse is worth looking into? Totally sensible.

If there’s one thing that statistics are good at, especially right here and now, it’s evening out a million uneven points into a readable trend. Here’s to the data-crunchers.

But here’s the thing: we’re in August 2022. As of last count, 30 games come out on Steam alone every single day. The chances are higher than they’ve ever been that, somewhere in that pile, some video game ticks all of the boxes that matter most to your specific proclivities.

Why oh why would you settle for something that makes most people happy most of the time?

Yes, there are the obvious reasons around water-cooler talk, swapping stories and secrets, sharing your geekery around. And that’s a valid way to media-surf! Arguably I’m twisting Digimon Survive‘s narrow appeal around do do that right now.

But that speaks to another joy of discussion: secondhand enthusiasm. How we don’t, shouldn’t, all take in the same things, and we each get to inform each other based on experiences only we can have. In fact, I’d argue that the discussions are richer when we each bring a totally different context to the table – the more niche, the better.

I’ll never share in an adoration of horror; it still feels great to listen to a friend geek out planning a trip to Halloween Horror Nights. There’s a 12% chance at best that I’ll end up playing most games I see on Twitch.

Those games are for them, and this one is for me. Not exclusively for me, mind – nuts to gatekeeping – but more that we’re in alignment in a way that feels oh-so-satisfying when it hits right, like a full-court shot as opposed to an easy two-pointer.

So dive into something targeted at you. Claim it, relish in it, indulge in something off the beaten path. Most people maybe won’t care, but you’re not most people.

Find one on your frequency.