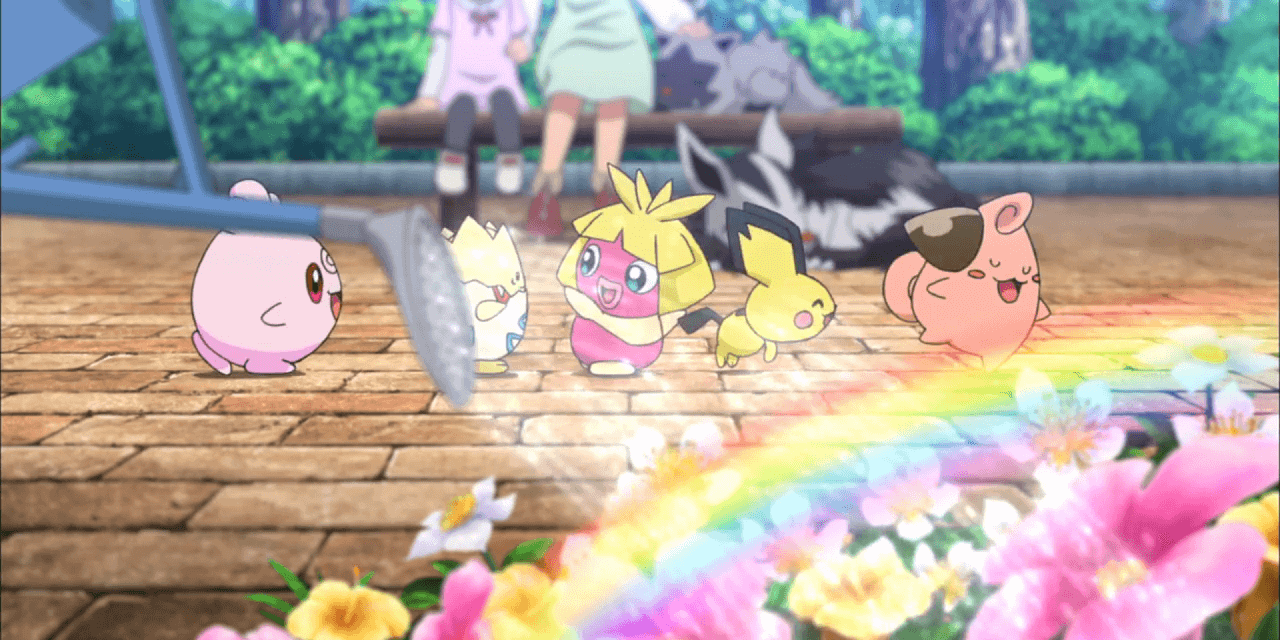 Few franchises became important to people as quickly as Pokémon did.

It hooks people so strong and so fast that the kids surfing the initial U.S. wave in ’97 have their own kids enamored with the games now. Even my mother – who has never played a video game outside of Wii Sports – can look at a mascot and tell that it “looks like a Pokémon”. That kind of long-lasting, multi-generational appeal only works if a core idea is so strong that both a three-year-old and a fifty-three-year-old can both take a quick glance and just get it.

It’s the kind of rock-solid formula that builds you the most biggest-hitting lifestyle brand of the last 25 years.

To make a Pokémon:

Okay, its a very one-size-fits all way of looking at things – and definitely not the only breakdown.

But it’s also true for an overwhelming number of the basically-a-thousand critters roaming around the Pokémon world, and it’s three steps that almost nobody will disagree with. You like sheep, so you doubly-like cutesy cartoon sheep. Sheep have wool, wool sweaters build up static electricity. Boom, Mareep, a perfect little electric sheep:

And – here’s the key thing – none of that has is dependent on the games at all.

Like, if you put a stuffed animal of that in front of a child with no context, they’d just want to give it a hug.

It’s why the games – and even the now-resurgent TCG – are just two facets of an absolute hydra of a franchise. It’s why individual competitors so often fail to match up, but you can buy boutique shirts with a Spinda pattern.

Pokémon has never been about anything about its bestiary. The 25 years of content surrounding that are just ways to leverage how inherently charming the Pokémon themselves are.

Ways to turn a brain-melting profit on merchandise? Absolutely.

But that doesn’t keep them from meaning something to people.

A World for, of, and by Pokémon

“What’s your favorite” is subtly different than “Which monster would you like as a companion?”. Both are different than “which one do you want to use in the game?” And these characters are so chock-full of distinctive personality that any given person can has a different knee-jerk answer to each.

( Mine are Rotom, Cyndaquil, and Toxapex respectively, by the by. )

It’s why people keep echoing the same loaded questions about “what do humans eat in this setting?” (it’s complicated) and “where did these things come from, anyway?” (space, maybe?). You don’t get that – not nearly to the same extent – with Mario‘s wacky enemies, or Sonic‘s mix of humans and sapient animals, or even Yo-Kai Watch‘s grab-bag of spirits. Even when a game makes an exception – like Final Fantasy XIV‘s delightful questline where you assist a Tonberry drill instructor – those are pointedly outside of the norm.

All of those just serve some particular gameplay function or fill out a sidequest line. People ask these questions about Pokémon specifically because the monsters feel real enough that we care about those questions in the first place.

Not “real” in the high-fidelity sense; nobody’s going to argue that Dragonite should exist biologically. But in that the provide necessary context for themselves and each other, and are the driving force in the series’ various, often-inconsistent depictions.

When you enter the town of Corneria, you can forget about the goblins outside the city gate, because they’re just another obstacle.

When you enter Lavender Town, the series’ creatures are decidedly present, from an animal nursery to a multi-story graveyard in their memory to the old lady in the park with her pet Nidoran.

At every turn, the creatures are the beating heart of the franchise.

That heart keeps bringing people back despite the core series’ noted faults. Because even if Game Freak doesn’t do everything right, they got the most important thing right:

Getting people to care.

Not about every Pokémon at once, because that would be impossible. But on providing a wide enough cast of potential friends, all with a consistent appeal, that you’re bound to latch on to one or two or fifty.

There’s a reason why the series hasn’t put “Gotta Catch ’em All!” on a game box in nearly two decades – and that the old slogan has nearly been retired as a whole.

That’s still my goal, sure, but it’s not yours, and it’s not for most folks. For some, it’s just exploring the map, or seeing the story. For others, it’s outside what people think of as a “Pokémon game” entirely. They build a lineup of cards, or put the show on Saturday mornings, or go stroll around their neighborhood. Or they just decorate their room with a Snorlax lamp, because let’s be real, he’s a big ol’ mood.

There are nearly as many different ways to interface with such a behemoth of a series as there are Pokémon themselves. And all of them serve the same purpose:

Find a connection between you and your favorites.

Because an appeal you discover for yourself will always hit deep and last long.

And that same appreciation, but in diverse ways and for diverse reasons, is something we can all appreciate together.

Pokémon is for everyone.