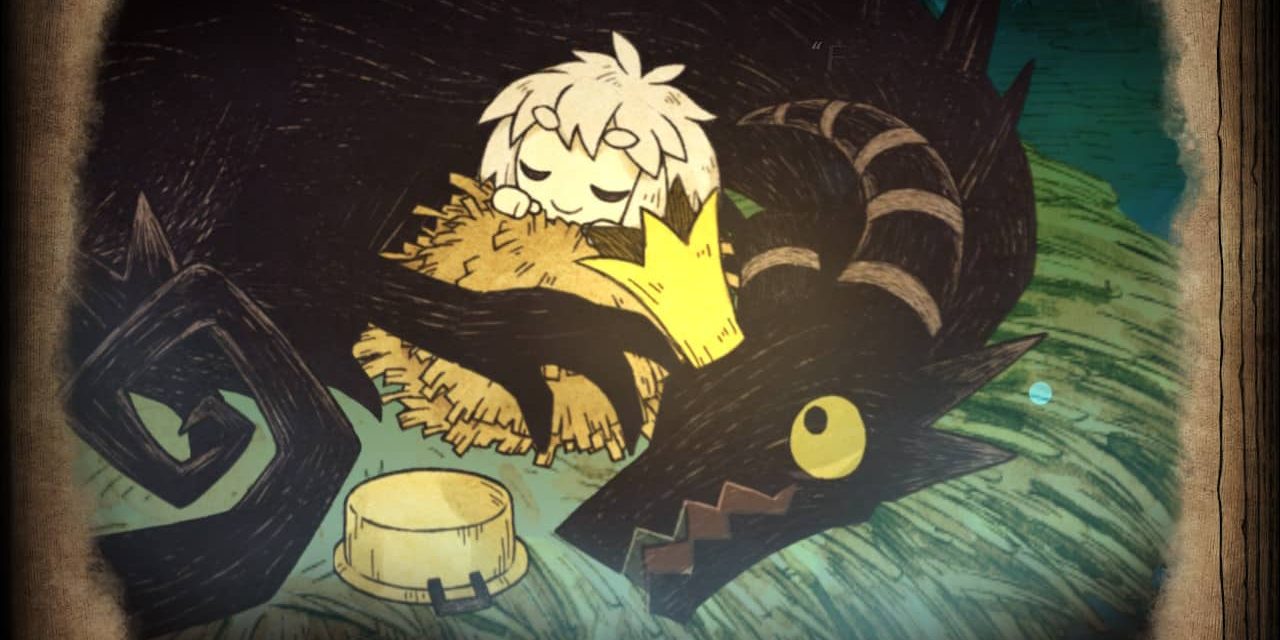 [Keywords] The Cruel King and the Great Hero and Storytime

The Cruel King and the Great Hero is available on Nintendo Switch and Playstation.

A copy of this game was provided to Geek to Geek by NIS America for review.

JRPGs are a comfort food.

I personally feel this deep in my bones, not only because of a passion for Pokémon – though that certainly doesn’t hurt.

No, the traditional, seminal series are built from the head to the toe to be a warm, fuzzy blanket. From the over-earnest heroes with their airy speeches to their stories’ tendency toward relentless optimism. Even the more dour, Megami Tensei variety have a sort of comfort to their ebb and flow, amassing servants allies and falling into familiar, predictable gameplay loops.

Yes, even grinding – up to a point – can be soothing. It’s just one more cog in a machine purpose-built for positive reinforcement.

And few game-makers have a better handle on that feeling than those behind The Cruel King and the Great Hero.

What’s more positive than a bedtime story, after all?

The biggest, most immediate way is inescapable the second you boot up the game: The Cruel King and the Great Hero the kind of soft fairy-tale you’d use to put a child to sleep.

It’s in everything square inch of the presentation: rough brown paper makes up the game’s white spaces, marking every other element on screen as either prose or expressive illustration. Your selection icons are writing-quills and bookmarks. Starting a new game quite literally animates the flip of a page and launches into ever-so-slightly antiquated narration.

You’d be blind to miss Cruel King‘s aesthetic up front, and then can’t escape it as it permeates every layer right down to how rarely you’ll feel in danger.

The whole “bedtime story” framing device is even in how magic works in this game. Your Great Hero‘s quest starts out as a tall-tale-turned-game your adoptive dragon-father uses to push you out the door to go play. He’s unable to leave you alone of course, not-so-stealthily observing from the background and helping out with a puff of fire whenever you get too close to danger. And then, when you’re done, your day ends curled up next to him in bed as he narrates you off to sleep.

Quite literally a parent sharing a storybook adventure with their child.

Which sounds awfully patronizing, doesn’t it? The tension is so thin you could cut it with a feather. Why even set out on a quest where the stakes are at rock bottom?

For one thing, they don’t stay there, hard as the game tries to keep itself light for as long as possible.

For another, because “low-stakes” isn’t necessarily pejorative.

A Slice of Adventuring Life

Take a look at Rune Factory 5, the current latest in the line of farm-life JRPGs. Your day-to-day looks very stable, in and out; talk to the villagers, harvest your turnips, build yourself a better pair of shoes. But most of the elements that feed that cycle lie locked beyond a peppering of suddenly-urgent monster dens appearing. To make your town life cozier, you must imperil it yet again with physical threats.

It just… doesn’t always match up.

But the tale of The Cruel King and the Great Hero thrives in how clearly and consistently it’s told. Every endeavor is just the right amount of “challenging” for what the story puts forth, from fetching firewood just off the forest path to attracting bugs deep in a dark cave for some hungry mice. All bothersome, but nothing a girl can’t handle with a good half-hour’s work and the tiniest smidge of courage. It’s all low-hanging fruit, sure, but that doesn’t make it any less fulfilling to check off your list.

The verbage is right there; there are no Sidequests in this world. There are Acts of Kindness.

The game’s “monsters” are barely even threatening more than odd – sometimes not even much of either. But you’re an actual child, literally fighting them off with a stick. Even raccoons and ornery jackrabbits have bite here. Never close to lethal, but still enough to stand, however meekly, in your way.

Or not. Those mice who need your help to draw out lunch? You fought a pack of them earlier, but that doesn’t mean they’re bad. Just at odds with you for the moment. Everything in this world is a disagreement at worst – perfect for a JRPG that so often feels like it’s left the training wheels on.

Just look at your first party member, a beast who couldn’t resist the power of friendship. 13/10, prime cuddling material, I need them as a stuffed animal yesterday. Real curl-up-with-a-blanket stuff.

And I’m not going to pretend like it’s some representation of realistic struggle when the game’s very framing device comes from the mouth of the Dragon King. But it is nice to go on a forest adventure that doesn’t end up with you saving the world for a switch.

An un-challenging game hardly seems like it needs defending. It’s just so pleasant, it’s hard to imagine anyone getting riled up about in a negative way.

But it’s also hard to engage with. You see in passing that it looks cute, and that’s a draw – then you get a taste for how simple the moment-to-moment gameplay is, and that turns you back away. These RPGs are so often about interwoven systems and crunchy numbers and planned-out party builds; having so little of that makes it seem like there’s no meat on the bone. The danger is less abrasion, more apathy.

Still, there’s a place in the JRPG diet for lighter fare.

If I’ve taken too long to talk about The Cruel King and the Great Hero, it’s because I’ve been playing it in fits and starts as my last game before bed. An act of kindness here, a hike up the mountain there.

It’s a flighty way to approach a fairly flighty little package. But look, there are plenty of other games trying to be big sweeping things with a billion items on the map or seven levels of Artifact Gear to compare in spreadsheets. All of that is pared away in Cruel King, leaving little more than some charming little characters with their charming little problems.

…most of which, admittedly, involve walking down the same corridor-like dungeons and swatting away the same rock-crabs.

For how firmly it stays in its simplistic comfort zone, The Cruel King and the Great Hero could easily become chore if you played it end-to-end. And maybe this is giving it too much credit, but that rote structure makes it feel like like it’s not meant to be devoured in the same way you might its over-forty-hour brothers and sisters in the genre. Instead, it’s a delightful little pocket-full of JRPG, the right size and intensity to charge your batteries with, then put back away once you’ve had a fill.

Enriching? For all the artistry in its presentation, not really. But tasty in small bites? Without a doubt.

A little bit of JRPG, as a snack.