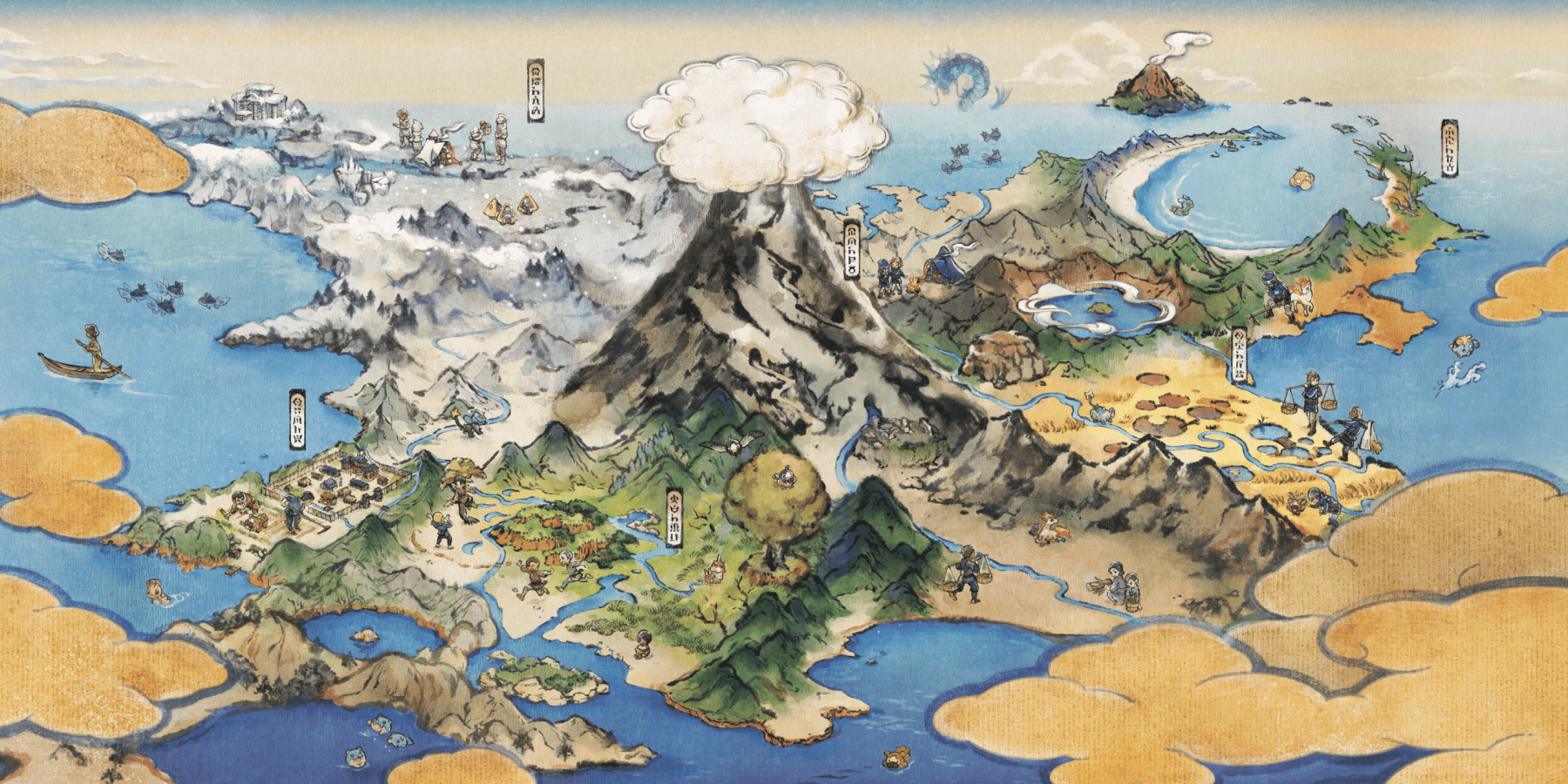 A friend and I were talking the other day. His coworker wants to break back into the Pokémon games after 20 years away, and so we were having a back and forth about what a lapsed player might like.

And a long one at that, because frankly, I don’t really have a good answer.

Not because I’m not still following the series as religiously as ever. But because the Switch has frankly been really weird to its games.

Let’s Go was an explicit onboarding tool – but more a stepping-stone for anyone hooked by GO.

Sword & Shield was… very up and down, swinging both too wide and not nearly wide enough at times.

Even Brilliant Diamond & Shining Pearl, the safer-than-safe remakes, can come across as anemic.

Four years ago through fourteen years ago, I would’ve always given the same answer: “Just go with the newest one. They’ve hit a steady state and haven’t budged.” But nowadays, all of the Pokémon games have to come with an asterisk attached.

Even one that sucked me in as hard as Pokémon Legends: Arceus.

Pokémon both has and hasn’t been through a lot since the phat ’90s. Monsters that used to be a cute 44 bytes of data have ballooned in complexity. Four dozen once-new features and mechanics now lie in a development graveyard. The series went through half a dozen iterations of what it wanted a “3D Pokémon Adventure” to look like.

Yet, for a series that’s about to round the corner on 1,000 monsters, it’s stubbornly refused to grow in scope. Where Final Fantasy in particular and role-playing video games in general have moved away from tried-and-true turn-based combat, a Pokémon game from 2020 plays functionally the same as a Pokémon game from 1996.

Depending on who you ask, that’s either stale or an if-it-ain’t-broke situation. Which, come to think of it, describes a lot of the Nintendo catalog. Old experiences, but polished to a sheen.

Except Pokémon doesn’t benefit from the latter. Maybe that’s part and parcel to being a strictly handheld series for most of its existence; its pixel art has always been impeccable, but now it suffers the same growing pains that everybody else did in the jump to 3D. But being on such a long, long delay, it’s maddening that it isn’t bouncing back much quicker than the industry did the first time round.

Where Mario and Sonic were shoved into the deep end, Pikachu’s been nervously testing the water for nearly a decade now. And, seemingly every time, he decides he’s not ready just yet to hop in. So we get more of the existing system, its adorable quirks and its less-than-adorable ones all intact. Lift it, shift it, print it. Still functional – if you liked Pokémon before, it hasn’t gone anywhere. But if you didn’t, or you’ve moved past it, it’s not moving either.

And, without embracing the new, there’s less and less you can do with the old. What used to look quaint is now underwhelming. The old tool-kit can’t keep up with building bigger and better dungeons – or even the same ones, in many cases. People simply expect better now.

“That’s the way we’ve always done it” is oh-so-rarely good rationale for a design choice. Great for stability and nostalgia, sure. But equally great for building up rust.

And the thing about rusty parts is, eventually they’re just thrown out.

Sure, you’re still in the series’ core competency between capturing monsters and battling them. But the entire sense of priority has been reversed – elements of the latter have evaporated, making way for a boom of new options around the former. We’re on bulk catch-and-release now, and that means scaling back to just what works, and works quickly and smoothly.

Which, in some ways, is a version of these games that we all daydreamed about. Walk right up to a wild Pokémon, feed it, clonk it on the head. Then see the next one one on top of a hill, and hike straight to it. It’s what we always felt like we were doing back on the Gameboy, carried on the wings of imagination. And now, it just is the game.

Man, I can’t explain in words how the simple act of throwing a ball can bring joy when it it’s a smidgen less abstract.

But, in its chase of the dream, Pokémon Legends also traded away a lot of the nuance. In the name of streamlining the battle system, any given Pokémon feels so much less personal now. You’ll capture two dozen different Combee, but with enough attention, they’ll all be perfect carbon-copies of each other. Ghosts no longer float, and the whole concept of equipment is out the window.

If you never saw any of that to begin with, you might never miss it. Keeps things simple.

But I like the old junk. Some of it still held up, but was tied in with other less-functional junk. Maybe we’ll eventually find space for it in the new house, but who knows if that’ll be the next time we rearrange, years down the road, or never again. For now, Game Freak has seemingly thrown it in the attic, because it doesn’t look nice next to the new couch.

It makes for a nicer house to visit, but one that feels less homey when you’re living in it.

Still, Pokémon Legends hasn’t lost everything. Or even the most important things.

Here’s the thing: I don’t think I even know what I want from the games any more.

And, frankly, what they do doesn’t even matter that much. It hasn’t for ages; Pokémon is far too much of a monolith for that. It has more arms than an Octillery, and only one needs to grab you to suck you in.

I’ve heard friends express that, of everything to come out of the license lately, the only thing that got their attention was a music video tacked onto an an announcement livestream.

Which, frankly, is a valid takeaway.

I mean, just look at it:

Some of the highest-concentration, purest joy I’ve felt from the series in years has come from anime made by Studio Colorido. Not the video games, as many hours as Pokémon Legends has stolen away from me. Not the ever-living TV show, nor my newfound love for the cards. But an aggressively-charming handful of YouTube-only shorts, never more than fourteen minutes long, that many will never hear about.

They’re hokey and unchallenging and absolutely fueled by wide-eyed wonder.

That is to say, the unbridled core of why I adore Pokémon so darn much.

And that’s so nebulous that it doesn’t – maybe can’t – come from any part of the series in particular. You get it in knowing nothing but that Gengar is your favorite. Or in having petty arguments over which Pokémon you think you could take in a fistfight. Or a nephew gabbing on about how he totally beat his friend at cards.

My first experience with the series wasn’t even with the games, anyway. I heard about it on the schoolyard, learned about it through magazines, and collected figurines through cereal boxes and fast-food toys. It took me months of pining and saving up allowance to break into Gold & Silver; I loved Pokémon before I’d ever owned a Gameboy.

So even if they shut the door and melt down the key, I can always go home again. Not just because they can pry the old cartridges out of my cold, dead hands. But because it’s so much bigger than that, and also smaller and more personal.

Pokémon is my comfort food.

And comfort food is a sort of sense memory. Take it away, change the recipe, it won’t matter – my heart still remembers what it should be.

And that can be nourishing enough.