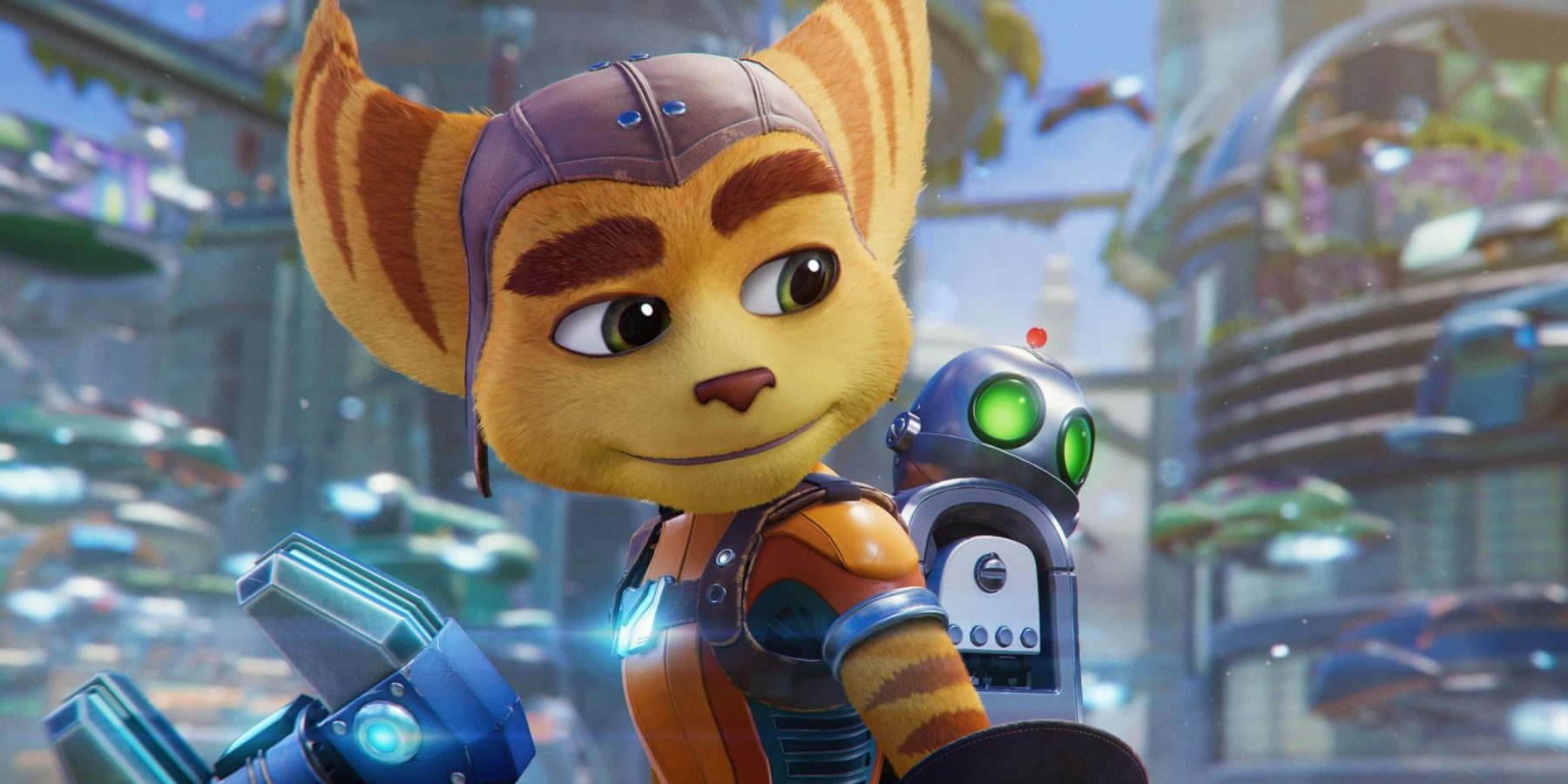 [Keywords] Ratchet and Clank and Continuity

Especially in an age where the ongoing Marvel Cinematic Universe rules the roost, I worry that I just “won’t get” a story if I’m missing every possible bit of context.

(I still don’t know what the deal with Game of Thrones is, by the way. Neither of the episodes I watched grabbed me, and they were from the final season and everything.)

Unless it’s something I already know about, like Final Fantasy or most Nintendo properties, I always feel an obligation – arbitrary or not – to look up if I “should” play a previous game before I jump into the latest one. Doubly so if there’s a number somewhere in the title.

Which is, to be honest, kind of silly. Very few games are trying to be like book series or television (aside from visual novels, which don’t often get sequels). And while it’s increasingly common, even so-called “cinematic” games are usually more like an episodic Indiana Jones flick than middle-child Revenge of the Sith.

So it’s nice to see a series that, in the AAA space in 2021, manages to own up to that spirit.

Y’know, like a Playstation 2 platformer that never quite broke its old habits.

I’ve had an off-again on-again relationship with Ratchet & Clank. I picked them up around the end of the PS2’s lifecycle, then kind of skipped over his long PS3 tenure. I’m fairly certain I borrowed one game from that generation at some point, but I couldn’t tell you which one, which says a thing or two.

So, aside from that tie-in game they had to the tie-in reboot movie (which, to be fair, is a fun romp), Rift Apart was more-or-less my first “real” re-visit of these characters in years.

And… it’s a delightful mix of old standbys and new flavor. There’s a short re-construction of the series’ very first level, polished up for a new generation. Its “Saturday-morning-cartoon with a few innuendos” vibe is intact, just with tighter editing. We “finally” meets another member of Ratchet’s species, framed as a complete novelty for the series.

Aside from the one he met eighteen years ago, of course, in the very second game.

Granted, the series has already shown to be a little bit loopy with its own canon before. For what little of I remember of the PS3 games, I do recall the villain loudly declaring Ratchet “the last Lombax”.

And – I checked this just in case – it’s not even that they hit the reboot button when I wasn’t looking. A sequel directly calls out that the aforementioned Lady Lombax is still in business, even if it’s off-screen. And then, y’know, there’s the furry co-star of Crack in Time. Really, these fellas seem to turn up every other episode, but we’re supposed to be surprised to see them nonetheless.

All of that is to say, Ratchet and Clank has a pretty rock-solid approach to its own story continuity:

It’s honestly part of what made me feel so darned confident about jumping headlong into Rift Apart. No multi-phase storytelling, no real shift in tone over the last many years, and so no pressure to get acclimated by hunting down older titles.

(Not that I wouldn’t absolutely chow down on a collection of the PS3 games, but still.)

The only bit of “continuity” this game really bothers with flew right over my head anyway. With how cartoonish these games tend to lean, I didn’t bat an eye at the concept of a “Dimensionator”. They sell weirder things at the vendor down the street in this setting – establishing it in twenty seconds of dialogue feels almost lavish.

By that metric, trying to line up one of Ratchet’s adventures against the next feels almost inherently silly.

But, for how little any given episode of The Ratchet and Clank Show relies on the previous one, Insomniac has kept a stronger hold on something that matters oh-so-much more. It’s easily the lion’s share of why I had faith in this game:

Video games are a thing you’re supposed to play.

And I’ll play any of these games you throw at me any day of the week, because I know exactly what I’m getting. As much as Rift Apart might knock me off my feet with its beautiful visuals or wow me with its excellent use of the Dualsense controller, from moment to moment it feels more-or-less the same the PS2 games did.

Which is hardly a knock against it. I can get behind an “if it ain’t broke” mentality – I’m a ride-or-die Pokémon fan, after all. There can be a lot of inventive joy in moving trusty systems into new backdrops and situations. Turns out, that’s kind of Ratchet and Clank‘s guiding star. The very first level even feels like a mission statement for that idea, assuring the player that the grappling-hook upgrade they earned in 2002 works more-or-less the exact same way in 2021.

And, sometimes, that’s exactly what we want. Spyro and Crash Bandicoot got nearly one-to-one remakes this generation, and people still love their responsive movement. Cartoonish characters age so gracefully that any redesign of Kirby can just come across as a novelty. And goofy humor with just a little bit of immaturity is so evergreen that the Animaniacs hardly missed a beat after 22 years off-air.

(I felt my bones creak a little just writing that.)

And Ratchet and Clank sits at the crossroads of all three. It’s like reclaiming the joy of sitting down with a bowl of cereal and cartoons on a Saturday as an adult. Now I mix fruit into yogurt and watch a boxing anime – same concept, just with less added sugar.

It turns out, fun is still fun.