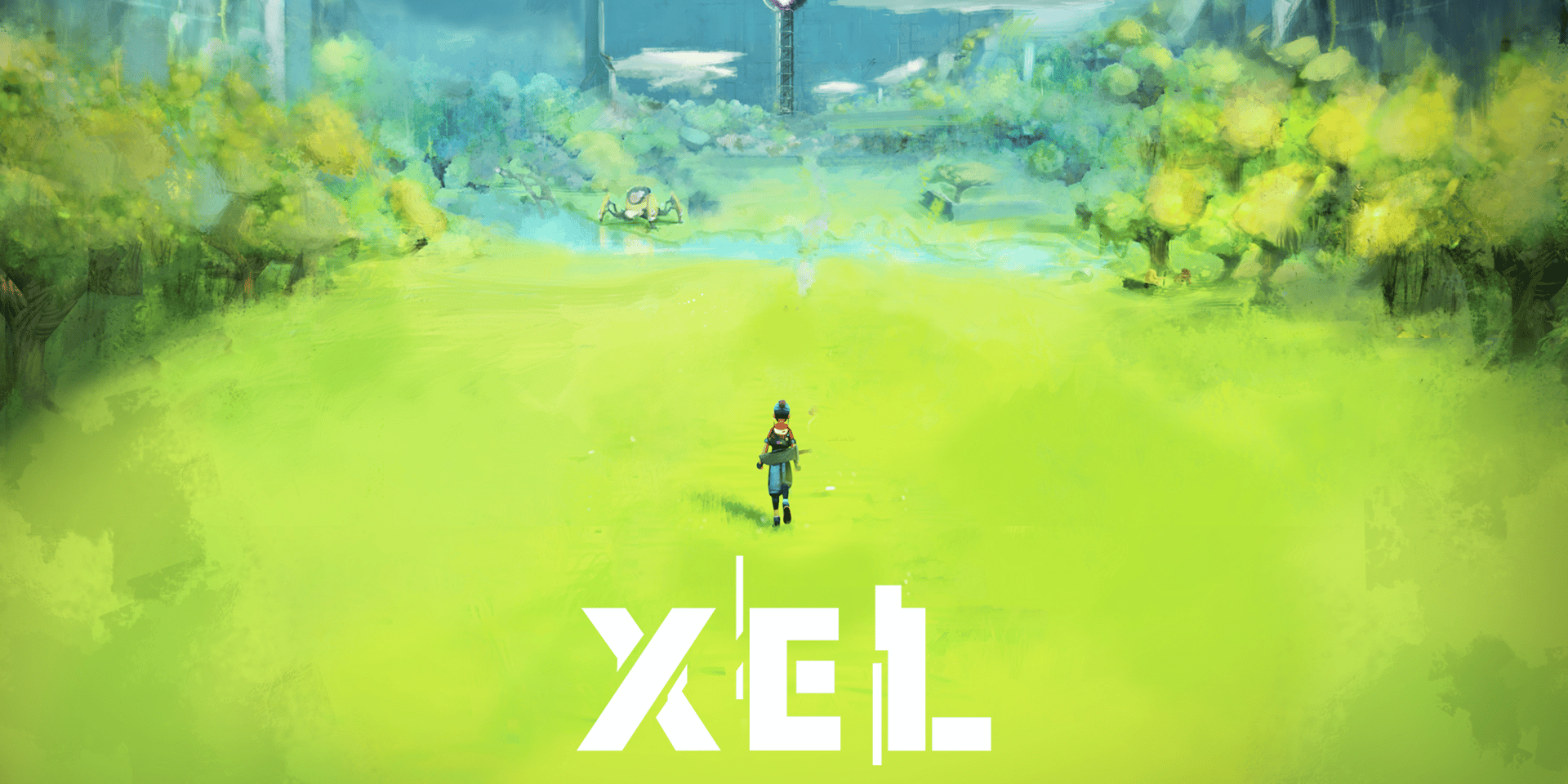 XEL reminds us a lot of that other action-adventure video game with a penchant for puzzles. And while it’s a heroic effort, it lacks the charm and finesse to stand as tall as it hopes.

I love me a pixel-art indie game – and luckily the market is full of them. But the games I hit hardest as a pre-teen were highly-animated games from the Playstation 2 era. Delightfully goofy things like Kingdom Hearts‘ Disney showcase or Jak & Daxter‘s elastic, almost slapstick cast. Who doesn’t love playing around in something so lively and joyful?

It’s a delight to see that indie games have finally caught up to that aesthetic.

With so many talented 3D designers and animators in the gaming space, XEL is a great first step. It shows us that smaller teams are capable of more ambitious projects.

But sometimes that step can feel like a stumble.

While you’ve likely played XEL’s strain of action-adventure game before, the draw of an indie take is almost always in the packaging and the details.

And there’s something about XEL that feels like a nice blend of the old and the new. A more concise and tightly-packed world, brightly-colored in most places, harkens back to older titles. A few crafting systems – while fully optional – offer just enough of a boon to help you reach the next crystalline save point. And, while other titles in the genre can go full-swordplay, XEL boasts a healthy dose of item-based puzzles that offer just the right amount of complexity to spice up its exploration.

It’s a neat balance of different features, circling around the timeless “sword-shield-item” fighting loadout many of us are accustomed to.

That attitude follows right through to the story and concept, even. “Amnesiac in a fantastic land” is as classic of a start as you’ll get to a gaming adventure, but that environment being a stalled-out colony ship got my sci-fi-nerd attention. The fresher coat of science-fantasy paint helps drag out the intent – up to and including a robotic spider. And I’ve definitely written before about how I love me a mechanical spider.

Indie titles often have a sort of rough charm to their writing. For some, seeing the exact phrase “Wut.” in subtitles will be a delight. To others, protagonist Ried’s regular snarky chirping may be a bit much. Characters who speak in modern lingo can be an acquired taste, but if that’s your bag, you’ll find it here. Really, you’ll find most of the trappings of an indie game here; concise, bright, and with its heart on its sleeve.

Unfortunately, XEL can be its own worst enemy at times, making the adventure harder to get through at times than the developers likely intended.

Sometimes it’s just a result of questionable choices. For example, the closed captions are nice and clear, in a friendly text against darkened box… except they appear quite tiny on the Switch in both modes of play, with no settings to adjust them. Halfway there, and still ahead of a lot of modern AAA releases. Then there’s the camera, locked to a sky-high view – great for navigating its twisty passages and getting an overview of puzzles, but a constant pain point in combat. I definitely died at least once – and lost twenty minutes of progress – because I couldn’t tell what was even happening to poor, microscopic Ried.

But a lot of XEL’s problems are just flat-out problems. Some cutscenes and text indicators are a bit garbled, with characters talking over each other and button prompts out of alignment. A few grammar mistakes slip into the script every now and then.

Most glaringly, the Switch version suffers from a regular stream of graphical bugs and performance issues. Its framerate would noticeably dip at times, slowing down the gameplay just enough to dull its swashbuckling combat and drag down moment-to-moment play. Most commonly, I could see entire chunks of the environment load in and out on the sides of my screen – and, in some cases, chase the end of that rainbow.

I want to say that this is a footnote in the experience, but unfortunately that’s just not true. These problems were ever-present in my time with Xel, making it hard to leave a play session without feeling put-out and frustrated.

A Second Opinion from TroytlePower

I haven’t spent as much time with XEL as our primary reviewer has, but I’ve been tinkering around with it on PC. I’ve found a lot of big ideas that I really love, but a lot of niggling issues keep getting in the way. The biggest struggle has been general performance. The game has a lot of cool visual effects layered over the top, like running water and tilt-shift focus and… a lot of stuff that mostly makes the framerate chug. On top of that, I’ve run into enemy pop-ins, NPCs not following scripted paths, or better yet NPCs drifting out of the middle of a cutscene.

The pièce de résistance was when I booted it up via Steam Link and the whole world was out of focus like the tilt-shift blur was applied over everything. I reloaded my save file, quit and reopened the whole game directly from my PC, and even started a new game and everything was just a blurry mess. I ultimately gave up and decided not to play anymore, but then wanted to grab a better screenshot. But then I booted it up again… and everything was fine. Weird.

I really want to love this game. There are a lot of cool story ideas and characters. The setting is cool, and the art style is great. This is clearly a game made with a lot of love… it just feels like it needs a bit more love before I dive into it again.

For regulars to the “explore map, obtain item, explore more map” gameplay loop, you already know most of what’s here. It’s a fair entry into the genre; some solid puzzles strung together with competent-if-sluggish combat and colorful presentation that I wish I could zoom in to see better. For one part that’s fully realized, two more falter in spite of themselves.

It’s easy to be generous to XEL in concept – I’d be more than happy to come back after a couple of updates to report that XEL is finely-tuned on the Switch. But right now, there’s an obvious layer of rust that makes Xel a hard sel. Er, sell.

Geek to Geek Rating: 2.5 salvaged coils out of 5