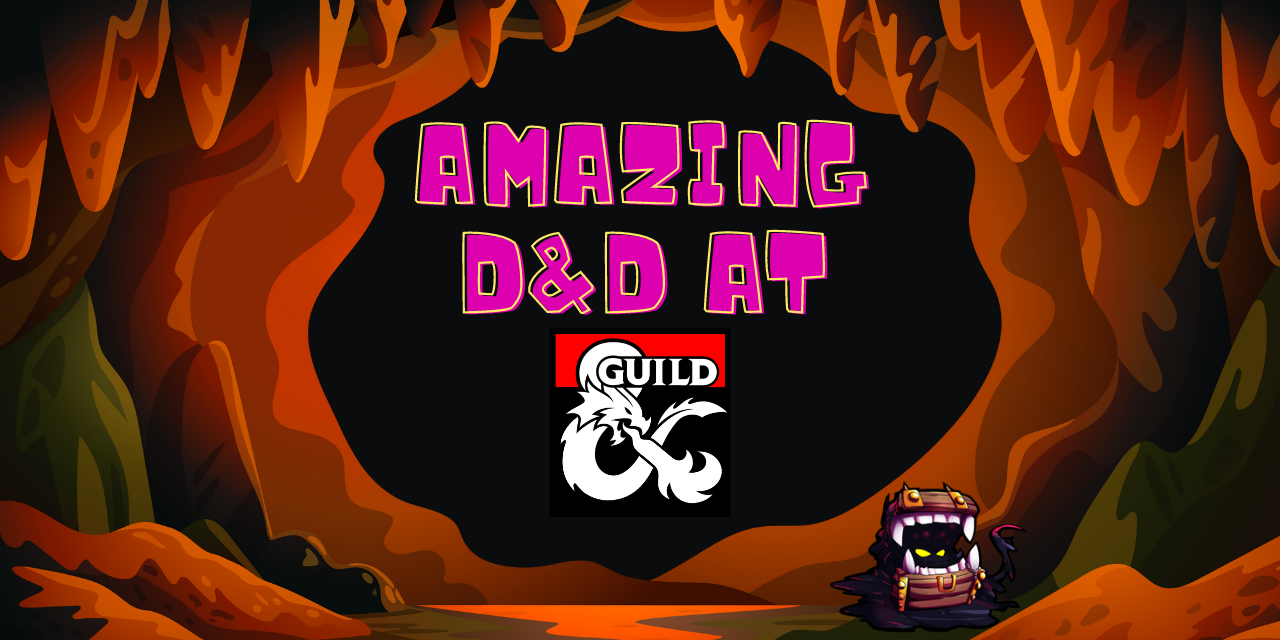 If you play Dungeons & Dragons and don’t use DMs Guild as a resource, you are simply missing out on a lot of amazing stuff. The content on DMs Guild is mostly created by community members, and a lot of those people have written for major companies, including Wizards of the Coast themselves. That’s why so many of the DMs Guild products — adventures, sourcebooks, and supplements alike — are worth checking out.

In this post, I want to take you through some of my favorite 5e titles on DMs Guild so that you don’t miss out on adding their amazingness to your D&D campaigns.

(I’d also like to mention that DMs Guild doesn’t only have community and/or 5e content. The site has a ton of content for all the previous editions of D&D. Some of which can even be purchased in physical form. It’s awesome.)

I don’t hide that I find the basic Monster Manual and other WotC-published monsters to be a little (read: a lot) lackluster in most cases. Some are super cool, but many of them are just variations of the same thing. I usually turn to Kobold Press’s Creature Codex and Tome of Beasts series for my enemies.

When Monster Manual Expanded III came out, it joined ToB as one of my staples. The monsters are genuinely interesting and can create some real dilemmas for a party, the art is just gorgeous and much of it is original to this book, and the design is every bit as solid as a book from a publishing house. And while I don’t have the physical edition, the photos of it make me really want to add it to my shelf.

The book lists monsters by Type, CR, or Environment, and has Lair actions, cool Legendary Actions, and basically everything you want from a book of 300+ baddies.

In case you can’t tell, I definitely think that Monster Manual Expanded III is one of the most amazing books on DMs Guild.

The moment I saw Eldritch Sands, I backed it on Kickstarter. A 5e science-fantasy/horror setting where magic is contained within personal mech-style exosuits? Take. My. Money. NOW!

And it was definitely worth the purchase price. The art is phenomenal, the new mechanics are fun, and the whole thing comes with items and spells and bestiary entries that are super cool.

While it’s definitely possible to integrate the Eldritch Sands content into existing worlds, the Eldritchtech exosuits replace Classes using these rules. So instead of being a Barbarian, your character might wear an Owlbear suit that has its own unique stats and progression path.

But what that means is that they’re basically new classes with all sorts of cool abilities and modules you can swap in and out.

All in all, I am super glad I spent my money on Eldritch Sands and grabbed the physical version during the Kickstarter campaign. This one is definitely something you should check out.

While it’s not officially Avatar: The Last Airbender, the DMs Guild title Incarnate: The Last of the Lacers is absolutely the best way to play ATLA in D&D 5e.

As a Pay What You Want title, Incarnate is technically free. The PDF can be downloaded for $0.00, and you can get the 178 pages of Bending Lacing goodness for the great price of zilch dollars and nada cents. However, the suggested price is $19.95, and it is absolutely and totally worth it.

The care that has been put into this title is insane, and I believe it’s on its third major revision as of this writing. There is lore for each elemental tribe and their homeland, rules for Lacers to master their elemental powers, and all of it ties back somehow into the Forgotten Realms so that you can integrate this into any 5e campaign you want.

There’s no reason not to download this title for free, read it, love it, and then go back and pay the writer whatever you think they deserve using the PWYW system.

Price: Pay What You Want (FREE, the suggested $19.95, or anything in between)

If you’re tired of playing in WotC’s Forgotten Realms setting, may I offer you the shattered and scorched Doomed Forgotten Realms perhaps? An apocalyptic, post-cataclysmic version of the setting where Vecna is going around doing his Vecna thing, all of the titles in this series are incredibly high-quality and full of fun, original ideas to play with.

Basically, think about what would have happened if the adventurers would have lost every single major event in all the official 5e books released so far. You’d get the Doomed Forgotten Realms.

So far, the series has 3 parts, the Sword Coast Gazeteer (which we reviewed in-depth) and two volumes of adventures: Academy of Adventure and Rise of Vecna.

Of all the books on DMs Guild, Elminster’s Candkeleep Companion is my absolute favorite. The love put into this title shows from the first page to the last, and I have yet to find a more comprehensive look at Candlekeep in any single resource. Even official ones such as Candlekeep Mysteries. That’s saying a lot.

My personal favorite parts are the subclasses themed around the adherents and Avowed guards of Candlekeep and the lists of books in the library (some of which you can also go buy on DMs Guild, which is a great touch!).

There’s also an astounding amount of lore written and/or approved by Ed Greenwood, the creator of the Forgotten Realms.

Oh! And there’s an all-new, expanded version of the Candlekeep section of Baldur’s Gate: Descent into Avernus, written by the author of the truncated section of the hardcover adventure. It’s definitely worth checking out.

Basically, every single one of the 84 pages in this book are full of so much useful information, that if you’re a magic junkie like I am, you’ll get far more than your money’s worth out of it.

BONUS! The Dragon-Tower of Candlekeep!

I have to be just a little shameless here. When I discovered Elminster’s Candlekeep Companion, I read a section in there about a dead Ancient Red Dragon named Fyrentennimar whose hollowed-out body was being used as a mage tower in Candlekeep.

Unfortunately, there was nothing more than this snippet in the book:

Which I guess is lucky for me because I could do whatever I wanted to with it. So I reached out to the writers of the book to make sure I could do it, and everyone — even Ed Greenwood (the creator of the Realms!) — gave me their blessing to run with it and said they created the tower and curator just for Elminster’s Candlekeep Companion.

So I ran with it and wrote The Dragon-Tower of Candlekeep, where a party has to figure out why Fyrentennimar has suddenly reanimated and begun attacking Candlekeep. And they have to do so…by going inside the dragon’s body and exploring it like a dungeon!

I’m pretty proud of this one, and it’s gotten good reviews. So if you’re interested in even more Candlekeep goodness, I think you could do worse. Of course, I’m biased, haha.

Zakhara: Adventures in the Land of Fate

I won’t spend as much time raving in this post about Zakhara as it deserves. Because I did a full write-up on the 5e desert setting when it first came out, and I raved plenty in it. Be sure to read it.

Suffice it to say that Zakhara is a superb book that handles the setting of Al-Qadim and related cultural content incredibly well. This title is a work of love, and it shows on every page.

It all boils down to my conclusion in the review: “All that said, I think it is perfectly safe and reasonable to say that Zakhara rivals, in every way, any official WotC D&D Fifth Edition content out there.”

An Elf and an Orc Had a Little Baby

With what might be the best title of any book on DMs Guild, An Elf and an Orc Had a Little Baby is a phenomenal book that gives you rules to create realistic, mixed-race characters in D&D by separating the ideas of parentage and upbringing.

Instead of all half-elves being like Tanis or all Half-Orcs like Garona, you get to pick 2 parents and an upbringing during character creation to make a rich, robust, and unique character instead of sticking to the default stereotypes.

It has been incredibly well-received by the community, and I was lucky enough to watch a lot of the discussions between the creators on Discord as it was being written.

Dino World is Jurassic Park, but in Eberron. I think that about says all I need to say about how friggin’ amazing this one is.

What Do You Love at DMs Guild?

There’s a lot more at the Dungeon Masters Guild than just these titles. A lot more. If you’re like me, you are always on the lookout for great D&D content, so if anyone has any recommendations for other DMs Guild content we should check out, drop a comment and let us know!

If you liked this list of D&D titles, don’t miss our Top Free D&D One Shots and